LATEST NEWS
Home Agencies Not for the weak-kneed, but Africa’s rewards outshine its risks

Not for the weak-kneed, but Africa’s rewards outshine its risks

Posted By: Marthinus Van Loggerenbergon: May 06, 2016In: Agencies
Print Email 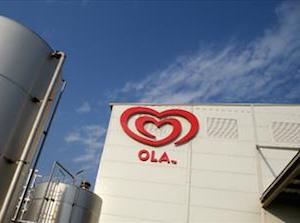 A strong complement of global brands yearn for a juicy piece of the African pie. Nigeria, Ghana, Kenya, Ethiopia, Zambia and the DRC are feverishly pursued based on their lucrative economic growth. The saying goes ‘Africa is tough country’.  Well, this multi-faceted continent certainly reveals more nuances than ever imagined.

Dealing with government regulation and protectionism poses a major challenge in many countries. A strong complement will refuse your product if you are not willing to invest, for example, by building a manufacturing plant, like in Nigeria. This makes the country a high risk investment whereas Zambia, which does not require such investment, is currently regarded as low risk and high growth.

A number of multinational brands seem to be tracking well. Nestlé and Unilever, for instance, invested in manufacturing plants and local partnerships across Africa and entrenched their presence to grow from strength to strength. Unilever, for example, leveraging from the South African department of trade and industry’s multibillion-rand tax allowance incentive scheme, recently opened the first phase of a R600 million investment: its first ice cream factory in Africa.

Coca-Cola went in right from the start to strategically own Africa from a brand presence point of view. It offered professional café name branding in exchange for providing dedicated Coca Cola fridges with rigid stock-refilling as part of a very intense distribution strategy. Shoprite, for instance, pioneered a change in shopping behaviour by introducing trolley shopping in many countries. This was followed by an influx of open-air ‘malls’ popping up around Shoprite stores that fuelled even larger strides in economic development.

Going into Africa is not without its challenges. Brands like KFC, for instance, had to reengineer their supply chain as countries like Nigeria and Kenya ban chicken imports. KFC is consistently finding creative solutions around the poor quality of local production. One of the key success factors (that is much easier said than done) is securing a proper local distribution system and trusted local partners that buy into the value-system of the brand and operational efficiency-criteria of the business.

Brands that truly understand the market composition and behaviour are the brands that win. For Toyota everything keeps going right as evidenced by its clear market leadership in Africa. Critical to its success was appreciating that Africa is a second hand car market. In Nigeria, the largest car market in Africa, the top four cars searched for online are all Toyota models – with 67% of Toyota owners indicating that they will only consider Toyota as their next car to purchase. Here you will find more than 50 Toyota models on the road, many sporting female names, like the Nadia, Carina, Celica or Dyna.

Perception of brand status is a complex art and science in Africa. BlackBerry is still regarded as a status symbol in most of Africa. A recent mobile phone study conducted by Johannesburg based World Wide Worx and Geopoll revealed that BlackBerry, which has held steady at a six percent penetration for current and previous phones, is expected to rise to 16 percent. This is in direct contrast to current international trends. It launched in the African market through companies that took out contracts for their executives. But as new models were introduced, the old BlackBerrys have entered the mass market. They are clearly still riding the wave of a well-planned inception strategy.

Perception of brand-status and quality also briefly deserves attention. In Southern Africa one would associate German engineering and craftsmanship with good quality. It’s not necessarily the case in the rest of Africa. Japanese goods have made a deep impression on West Africans and in East Africa Indian products demand the biggest respect. The latter may well be true because of geographic location, but one thing that should not be disregarded is colonial heritage. French-heritage countries like Cameroon, the DRC, Madagascar and the Ivory Coast still show a strong French-brand based influence on par with European-like perceptions of quality.

Online shopping deserves a mention. In higher-ranked GDP countries like Nigeria it is skyrocketing. PayPal research conducted in February 2015 indicated that 65% of Nigeria’s over 50 million internet users already shop online, with 24% more expected to do so in future. This is certainly shopping behaviour suited to Africa’s leading economy and something in general that multinationals should not disregard.

2.     Don’t underestimate the people; their staunch loyalty to brands as well as the power of their pocket if you manage to win their hearts. At the same time, don’t disregard local talent or rather, growing local talent as in many countries it is expected. Invest in able middle management as they are not only responsible for daily operations, but are also the future of your business.

3.     Don’t try and understand Africa from behind a desk. You will only ‘get the story’ if you immerse yourself in the daily on-the-ground trader’s markets. The infamous Ojuwoye market in Mushin, Lagos is a perfect example, if one is talking an FMCG brand for instance. On the internet there are mere vague glimpses – most filmed in secret with a cell-phone, with little to no data available; especially on your brand. Get in and observe. Engage. Talk to traders and customers to understand intricate market behaviours. That is the only way.

4.     Don’t underestimate the power of endurance. Political unrest in some cases, change in economic policy and developing-market socio-economic behavioural dynamics are for certain. So, remain agile, flexible and involved. Patience is a virtue. Neil Brimacombe, executive director at Tiger Brands, disclosed that in his experience merely talking with potential local partners in Africa sometimes can take more than two years before agreement can be reached. And often ‘reaching agreement’ can mean signing contracts that simply give you the necessary permission to talk or negotiate further, not actually begin your business.

Africa is not for the weak-kneed, but the reward outshines the risk if you believe in your brand, your product, and know what you are doing. And more importantly: why you are doing it.