Robots are no match for Financial Times’ journalists

Posted By: Ingrid Cobbenon: May 27, 2016In: Uncategorized
Print Email 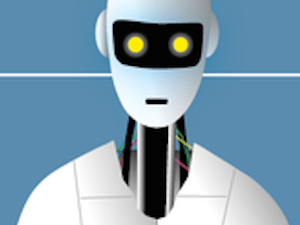 In a face-off over the writing of a 400-word analysis piece, the Financial Times set up Employment Correspondent Sarah O’Connor to compete against a robot. The battle confirmed the FT’s take on robot journalism: It’s not the kind of journalism we produce. Senior Editor Sue Matthias tells us more.

In 35 minutes O’Connor wrote a pithy, on the money news analysis, with quotes, but also … a spelling mistake. The robot was much quicker, finishing the piece in only 12 minutes. However, it was slightly less elegant, longer than the commissioned 400 words, and stuffed with numbers.

Malcolm Moore, who set up the challenge said, “one of the key things that we try to do here is to pick out the important numbers.” And that is exactly why the FT is currently not using any automation to produce stories. “Right now, it is quite a blunt instrument,” Matthias told us. “Yes, it can deconstruct data, and it can produce reports very fast, but they’re pretty boring to read.”

The video of the challenge, which has had over 100 000 views, was produced as part of a special series called Robots: Friends or Foe, which explores what automation can do for humans.

According to Matthias, robots do not yet have the artificial intelligence to enhance the data they’re provided with. “O’Connor’s piece was deeper, more intelligent and had much more value – and that is what matters to the FT audience,” she said.

While O’Connor was happy to keep her job, she wrote in the FT that the robot’s copy was actually better than she had expected, as it included correct facts and even some relevant context. “But it lacked the most important journalistic skill of all: the ability to distinguish the newsworthy from the dull,” she added.

In the future, we expect robot programs to develop so they can produce deeper reports said Matthias. “We do believe they will get better and move up the value chain.”

This story was first published by WAN-Ifra’s World Editors Forum on its blog and is republished here with permission.