LATEST NEWS
Home Awards Why sign-up as a sponsor? Media industry leaders on what they love about the MOST Awards

Why sign-up as a sponsor? Media industry leaders on what they love about the MOST Awards 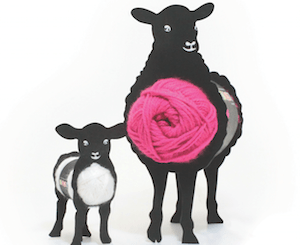 CYBERTORIAL: The annual media industry service efficacy benchmark, the MOST Awards, now in its 8th year, is much anticipated by media agencies and media owner sales teams, to see how they rank against competitors.

The results of the independent research survey, completed by media industry professionals and conducted by Freshly Ground Insights (FGI), will be revealed at an exciting awards ceremony on 13 September at Wanderers Club this year.

The MOST Awards has many loyal sponsors, the majority have wholeheartedly supported this initiative for a number of years.

Here is what some of these media industry leaders have to say about the MOST Awards.

“The MediaShop are very happy to be extending our long standing relationship with Sandra Gordon and the team at the MOST Awards. The award means the world to us. The awards, we believe, are a reflection of an internal culture of partnership and collaboration that we foster in every staff member, and with every media owner. As sponsors of the Media Owner Legend Award we believe we are in the fortunate position of honouring those legends who have worked with us – side by side for very many years. Their legacy will forever be part of our business.” ~ Chris Botha, group managing director: The MediaShop

“Vizeum’s culture and philosophy is based around relationships and family. We pride ourselves on exercising our brand ethos ‘Connections that Count’ in our everyday dealings with clients, media owners and the overall media industry. Therefore, with this premise in mind we are so pleased and honoured to continue our sponsorship of the Media Owner Overall Award Sponsorship for another three years. The MOST Awards have become a critical part of our business litmus test to ensure we remain grounded, focused on the job at hand and thought leadership custodians.” ~ Kelvin Storie, group managing director: Vizeum South Africa

“The SABC fully supports the concept of recognising excellence in the media advertising industry. The goal of the MOST Awards, to identify and reward effective service performance and thereby uplift industry norms, is clearly within the same ambit. In an era of increasing competitiveness in the media industry it is important for all players to step back and reflect on their own achievements and shortcomings as measured and perceived against those of their business rivals and or peers. It is for this reason that the SABC has renewed the 2016 MOST Awards Silver Sponsorship.” ~ Nomsa Philiso, group executive: SABC Commercial Enterprises

“With the speed of change in media, both agencies and owners have had to step up to stay relevant. Now more than ever, service excellence in the media industry deserves public recognition. Ads24 appreciates this opportunity, as the Bonze Sponsor, to support the media industry and to help ensure that the high standards expected from this sector are not only upheld, but keep improving.” ~ Ané Honiball, general manager: Ads24

“We have been supporting the MOST Awards for a number of years now, sponsoring The Media Agency Lamb Award, because we believe in doing our part to raise the standards of service across the media industry. Sandra and her team always manage to pull together an excellent event and pay attention to the details in order to deliver a great product for their sponsors.” ~ Chris Hitchings, CEO: DStv Media Sales

“Carat believes in Redefining Media and for the second year we shall be partnering with the MOST Awards, through the sponsorship of the Media Owner Rising Star, as they too will be redefining media and redefining our future talent for the media industry.” ~ Celia Collins, managing director: Carat Johannesburg South Africa

“The MOST Awards are the most valued accolade because it is a direct acknowledgement from customers on either side of the media industry. As a company, not only does The SpaceStation sponsor Media Agency Rising Star Award, but takes great interest in our performance each year, we ingest our results and it influences how we approach business.” ~ Gustav Goosen, CEO: The SpaceStation

“We believe that the MOST Awards are one of the best attended and respected in the industry celebrating service excellence and professionalism across the media agency and media owner sector. Mediamark have sponsored the Media Agency Legend award for three years to recognise this consistently great player in the industry. The remarkable talent within the media industry deserves appreciation and having the opportunity for Mediamark to do so publicly through this forum is an honour.” ~ Cindy Diamond, group sales director: Mediamark.

“Initiative Media are proud sponsors of the Media Owner Lamb Award for the fifth consecutive year. The award recognises and rewards top performing companies that have not met the minimum vote threshold. We look forward to the awards this year and encourage agencies and media owners to attend the ceremony on 13 September.” ~ Marc Taback, CEO: Initiative Media 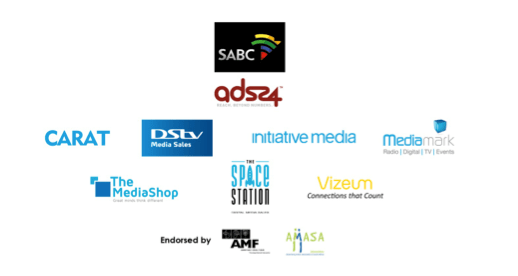