The 360-degree campaign: Time to hold hands with a publisher 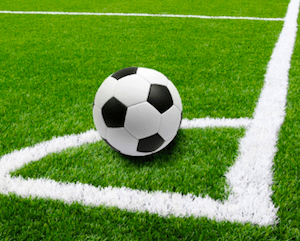 The 360-degree campaign is the way we have to speak to our consumers. At Soccer Laduma our experience in following our reader has taught us this and it is the same journey that the advertiser now has to take.

The 360-degree campaign is not a new concept, and the term has been bandied about quite liberally in advertising circles with regards to integrated campaigns. Agencies and their clients know they need to extend a hand to potential customers on the many different platforms those customers navigate between constantly.

The challenge lies in the fact that in order to maintain relevance, the marketing message has to be adapted to suit each platform and assume the characteristics of the platform it lives on to have maximum impact.

At its most basic, when an agency places advertising with a publisher, it’s because the advertiser wants in on the relationship that the media house has with its readers/listeners/watchers – consumers.

In the past, that relationship was easier to be a part of. Advertisers didn’t have to fight for ‘alone time’ with their potential consumer. These days a viewing or reading experience is almost always accompanied by a second and sometimes even a third screen.

Bit-pieces in the user journey

Young soccer fans today don’t simply watch a soccer game on the telly. They are on Twitter tweeting the club, players and rival fans. During commercial breaks they are on websites or viewing apps that feed them with must-share game stats. They’re on Instagram either capturing their own game experience to share around a hashtag or following official club accounts. They’re on Snapchat consuming video footage of the players in the club parking lot. They’re on a WhatsApp group with their mates debating the game.

TV, radio and print are just bit-pieces in their everyday user journeys and the sooner we realise this and follow them into these spaces with integrated campaigns that allow us to be part of that ecosystem, the more effective we will become at connecting with them.

The 360-degree campaign is the way we have to speak to our consumers. At Soccer Laduma our experience in following our reader has taught us this and it is the same journey that the advertiser now has to take. The great thing for the advertiser is, we’ve already navigated the journey.

Successful publications that have evolved from being standalone newspapers but now include thriving digital platforms with millions of extra eyeballs on them know the pitfalls. The part that is going to be difficult for the advertiser is being guided – scratch that – being told what works and what doesn’t.

For example, many of the advertisers we speak to when it comes to 360-degree campaigns see our 1.7 million Facebook followers as a Godsend. The sentiment, simply send out the ads booked in the paper and on the website and share them with your Facebook community.

Want to seriously antagonise a Facebook fan, serve him or her an advert they didn’t expect to see or didn’t sign up for and see how that goes down on social media. Social media is the phenomenon it is because it’s about people connecting with people. It’s about relationship building, community building and at its very core it’s tribal. But walk in uninvited to tribal council and very soon you will see that the tribe has spoken! Done wrong, the 360-degree campaign, rather than the symphony of a brand’s message coming together in perfect harmony, is nothing but a cacophony of noise.

Executed properly, it’s the only way a relationship between brand and customer is forged. Through a perfectly planned series of collaborative partnerships across all platforms, brands can establish bonds of trust, which will result in the desired outcome.

Soccer Laduma CEO and founder Peter du Toit echoes the virtues of a well executed 360-degree campaign, but acknowledges that there needs to be greater hand holding between advertisers and publications as we walk this path. “As we all are aware the biggest certainty is change. Visionaries recognise and drive that change. They embrace it and make it the new now. The digital world has brought huge changes. What it has done is that we are now able to reach the markets in so many different ways. But to use the digital world in isolation is diluting the real advances of digital.

“Digital is the icing and cherry on the top of conventional media. Digital allows for a true holistic approach.  It has been the breeding ground for a truly 360 environment. Originality and huge reach can now be fully realised. Content marketing, segmentation sales, mass purchasing are all here because of digital, but it needs inspirational people to holistically unlock the true value of the brand. Use the strength of the past to springboard the new. 360 does exactly that.”