Media agencies: Patterson was an inspiration 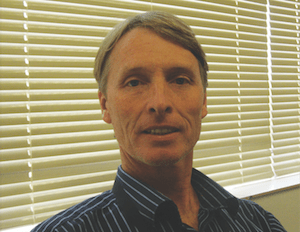 Gordon Patterson’s media agency colleagues pay tribute to him, led by Josh Dovey, CEO Africa for the Omnicom Media Group, where Gordon was business director at the time of his passing.

He was an inspiration

I had known Gordon as a formidable (but always fair) competitor for many years; we chatted occasionally at industry functions and I was always impressed by his clarity of thought and easy–going charm. He was very good company.

Nonetheless it was with some trepidation that I approached him about joining Omnicom Media Group late in 2013 because, after all, this was THE Gordon Patterson!

As was his way, when I made the call he took charge of the process. “Let’s have a chat over a pint at the Baron,” he said.

We met up, and over that beer he presented me with an analysis of how our group should be developing over the next five years that was totally aligned to my own. We found so much common ground. He pretty much wrote his own job spec and then arrived at the agency on the due day and, in his own words, “just got on with it”.

Gordon could interrogate without intimidating, advise without patronising and I never saw him anything other than optimistic and energised. He would certainly always have a view and he wasn’t shy to share it. He would sometimes ask me if that was “OK”.

Of course it was. I trusted him personally and I trusted his judgement without question. He was an inspiration. – Josh Dovey, CEO Africa, Omnicom Media Group

It is with great sadness and shock that we acknowledge the passing of Gordon Patterson. A true professional, he had a profound impact on the industry, earning various prestigious accolades and titles over his 25-year career. At the time of his passing, Gordon was director of the Omnicom Media Group, a board member of the Audit Bureau of Circulation and vice-chairman of the Advertising Media Association of South Africa, among other positions. His contributions to the Omnicom Group were valuable and far-reaching; they will be felt long after his passing. Together we mourn the loss of our colleague and friend, and express our condolences to his family.

‘Gordon was the industry’s Sir Lancelot’

When we honestly ask ourselves which person in our lives means the most to us, we often find that it is those who, instead of giving advice, solutions, or cures, have chosen rather to share our pain and touch our wounds with a warm and tender hand.

The friend who can be silent with us in a moment of despair or confusion, who can stay with us in an hour of grief and bereavement, who can tolerate not knowing, not curing, not healing and face with us the reality of our powerlessness, that is a friend who cares.” – Henri J.M. Nouwen, Dutch author and Catholic priest

How do you write about someone in the past tense when you spoke to him just the other day? Gordon was a very special friend, and my friend was the epitome of integrity, who had enormous passion for everything he did. There was no such thing as half empty, it was always half full.

He believed in nurturing and growing talent, and he was unwavering in his commitment to teaching whether it be one on one or in a classroom situation. Gordon was on the AMASA committee in the 90’s when we first started workshops and I would have thought that the amount of work he put in then would have detracted him from rejoining the committee almost 20 years later. But not our Gordon, giving back was extremely important to him.

I loved the fact that media owners were cautious of crossing Mr Patterson, his honesty often made him extremely unpopular. But he didn’t care, he never pulled punches, he told the truth as he saw it and he never exaggerated. Gordon was not afraid to put his beliefs in black and white.

My respect for Gordon’s commitment to all things media grew and grew over the years as he took on all the tough industry tasks and never complained, and never gave up. A great example of this is what he managed to achieve with the ABC, he changed the way circulation was reported and we now have a world class ABC. He never yielded to any pressures the media owners bought to bear, it made him more determined to ensure that the data was 100% believable.

More recently he took on the daunting task of being the agency and marketer lead on the new Establishment Survey, probably the most important new venture this industry has undertaken in years. We will be sure to continue this journey and we will produce a final product that you would be truly proud of.

Sonja, I am deeply and truly sorry for your loss. Always remember you were the yin to his yang.

The stars in the night sky are not just stars, they are openings in heaven where the love of a lost one pours through and shines down to let us know that they are always there watching, and they are happy. – Virginia Hollis, Magnetic Connection

He always did the right thing

I met Gordon in 1996, it was my second job in advertising and he was Associate Media Director at Leo Burnett. I was immediately struck by his warmth and intellect, but what really drew me to him was his passion for what he did. As my mentor he taught me that good was not enough, I had to be the best. Gordon was beyond just a media guru, he was a true individual from his love for Coke and Bar Ones to his reptiles that often visited the office (particularly late at night) to his desire to always try new things from jumping out of planes to driving fast cars around a track.

His kindness to his team that worked with him to his genuine interest in our lives made him an amazing man to work for. Underlying everything was his desire to always do the right thing and to fight for what you believed in. This world our industry has lost one of its best, I will miss you Gordon. – Tanya Schreuder, Vizeum

To say you were a larger than life character would be an understatement. You were an extraordinary man, a man who touched my life and that of many others. And for that we are so grateful.

We will never forget you. We will sorely miss the presence of a truly remarkable, fair, lovable and kind soul. You made a difference in every aspect of your life

My most heartfelt condolences go out to Sonja, your family and friends

You leave a legacy and will always be loved

A deep–rooted passion for the media business

I remember the first time I ever met Gordon. He was his usual whirl of energy and excitement, with hair a fluster, and his mouth talking fast to try and keep up with his razor sharp mind. I was at Starcom for a job interview, and ended up moving there because of his inspiration. Gordon was an amazing man, who taught me so much. He taught me about passion for the brands that you work on. We handled the Mercedes–Benz and Coca–Cola accounts at the time, and Gordon would not drive in any car other than a Mercedes–Benz (he hated it when people said “Merc”), and drank litres of Coke every day.

He really did live for the brands he worked on. Gordon was often seen as confrontational, but I know, it was always only because he cared that deeply. His standing battles with media owners, clients, and other industry partners were borne out of a deep–rooted passion for our business, and for us all to succeed. Three days before Gordon died he and I met with Nielsens to discuss the change in reporting with the new nett rates proposal. Gordon spent the meeting stating his case, arguing, and vociferously fighting for what he believes in. “Still the same passionate Gordon” I remember thinking. Little did I know then. I will miss Mr Pat.

To the team at OMD – my thoughts are with you. To Sonja, hou vas aan die goeie herinneringe.

Today the world is a poorer place. Chris Botha, The MediaShop

Gordon was one of the best mates anyone could ask for. Always cheerful, helpful, respectful, a good listener and a great friend. Also a bit mischievous, I recall about a year ago, we were to go on a long bike ride which in my mind was about 20km but in Gordon’s mind was 50km plus. Not sure if it’s a coincidence, but he reposted a picture from that day on Facebook last Wednesday. It’s comforting to know that Gordon was thinking about me before he was so cruelly taken from us. Love you always matey. – Ian Majewski – great friend of Gordon’s and former OMG Trading Director

An eclectic man and true gentleman

To me he was an eclectic man and true gentleman. When I first met him I was intrigued by his wit, the balance he achieved between creativity and strategic thinking in the media industry and by his peaceful and calm optimism. He was a firm believer and optimist, a deep thinker who had an immense passion to take on the challenges of the SA media landscape.

Gordon had a profound influence on me and was a teacher, mentor and close friend. He was characterised and well known for his integrity, vision and continued willingness to help others.

We shared a passion for diving during our early years and with his British sense of humour he always broke the ice in the room, coupled with his sharpened wit and vision. It’s so important to keep a balance with the demands of our industry and it was fascinating how the young passionate scuba diver progressed and grew rapidly into a passionate Padi Dive master, training and motivating newcomers to and navigating into the unknown world of underwater photography.

As a media professional, Gordon was called upon for insight on the existing and future media landscape, events, media climate and media change. He presented to government on the transformation of the advertising & media industry. He believed in educating and sharing knowledge and was a strong contributor to the AMASA media textbook currently used by students at Universities across South Africa.

I found a piece that epitomises everything about Gordon, on his Linked in profile – “Feel free to contact Gordon to talk about articles, photography, scuba diving, and drone videography and for any new opportunities or business propositions”.

I don’t think anyone can comprehend the enormity and gaping hole his loss will be to our industry. – Nikki Lewin, Alphabet Soup