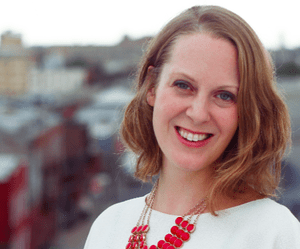 At the recent International Journalism Festival in Perugia, Italy, Liz Heron, executive editor at the Huffington Post, explained its strategy for distributed content.

Liz Heron, executive editor at the Huffington Post, ran the journalism partnerships at Facebook for two years after a long career as a digital editor at the Washington Post, The New York Times and Wall Street Journal. This experience makes her particularly well-placed to discuss the evolving relationship between platforms and publishers – and its consequences for journalism.

Balance of power between platforms and publishers

While publishers may feel tiny when dealing with the large platforms like Google and Facebook, Heron said news organisations do have leverage as most of the content consumed and shared on these platforms is journalism.

In some way, it is “a bit of a gift” to be able to rely on Google or Facebook Instant Articles, and their vast resources of engineers and project managers, to do what is expensive and hard, things many publishers were not doing. “However, I do think it is important to have something of your own,” she said.

1. Embrace change
“Stay nimble and be ahead of what’s coming. Embrace change even if it may be chaotic and you’re not extremely sure where it is going,” she said.

2. Build relationships
Last year, the media woke up to the fact that platforms were actually a really big deal for what we do as journalists, said Heron. She hopes that 2016 will be the year that publishers realise that they can and need to build relationships with the platforms. “If not, it will be very hard to understand what to do next and how to take advantage of what they’re offering,” she said.

Huffington Post has been working on its own relationships. Now Apple News, various Facebook products, Google AMP, YouTube and other platforms have come to them to collaborate and create specific products. “This is a really fascinating turn of events, and it tells us something about what we mean to them,” she said.

3. Make your identity incredibly clear
Informed by her time at Facebook, Heron realised how similar all content had become, as – from a platform perspective – it was much more obvious how media were all covering the same events. Publishers engaging in distributed content needed to make sure their readers, viewers and the newsrooms themselves had a thorough understanding of their identity.

For the Huffington Post, this meant sticking to a promise made by Arianna Huffington about a year ago, to “reinvent journalism around not just the problems in the world, but also the people who are solving those problems and are looking for answers.”

The Huffington Post’s mission is to become a ‘news, plus action’-platform for journalism.

This story was first published by the WAN-IFRA‘s World News Publishing Focus and is republished here with permission.