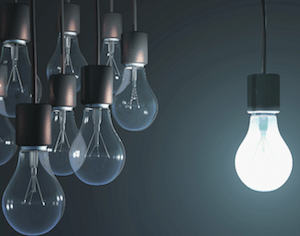 For communicators, the task is no less simple. The confluence of three key challenges – managing uncertainty, the diffusion of power, and the effective processing of huge volumes of information – is making the communications environment more complex than it has ever been. How can communicators ensure they remain effective and relevant in such an environment?

Over the past few years, we’ve been witness to a new breed of organisation that thrives on uncertainty. Disruptive organisations such as Uber and Netflix operate in ambiguous environments where the rules are not entirely clear and where past experience cannot guide future success.

An organisation’s ability to move forward in such ambiguous situations depends upon good leadership. In fact, Harvard Business Review advises that leaders should become comfortable with uncertainty if they are to safely navigate the complexities of tomorrow’s business environment.

The key to doing so lies in collaboration: leaders can’t pretend to have all the answers. Instead, they should focus on training and inspiring their teams so that they are empowered to contribute to problem-solving and strategy. By embracing multiple perspectives, leaders are able to develop far more effective strategies to deal with uncertainty whilst mobilising teams toward a common purpose.

As emerging technologies continue disrupting the media landscape, communicators need to adapt quickly or risk losing their ability to reach key stakeholders. However, technology may also provide the solution: by adopting an agile approach to decision-making that reduces large complex problems into small short-term plans, leaders are better able to act effectively and keep a balance between future expectation and current reality.

The Knowledge Economy has brought immense prosperity and technological, social and economic advancement across the global economy. But it has come at a price: Information overload, which is reported to cost the US economy alone $900billion a year.

According to the Harvard Business Review, knowledge workers average 20 hours per week managing email, and turn to their inboxes anywhere between 50 and 100 times every single day. In a separate study, researchers found that having an unread email in your inbox while working on another task takes 10 points off your effective IQ.

Is this then why the average human attention span now sits at a paltry eight seconds (down from 12 in 2000, and a full second less than the hallowed goldfish’s nine second attention span)?

Communicators, especially those in leadership positions, need to be able to manage huge volumes of information while still remaining effective. Tools such as GTD (Getting Things Done), mindfulness techniques and forced breaks from social media and other digital communication can help them retain balance.

Advanced automated analytics tools that can analyse and accurately categorise incoming information will become essential to the lives of communicators (and all knowledge workers). Communicators will need these tools to help prevent loss of productivity – and eventual burnout.

According to diplomat and former Harvard academic Joseph Nye, there are two major changes to the balance of power (and influence) on the world stage. The first is the obvious shift of power away from the West and to the East, where China is leading a resurgent Asian economy. More significant for communicators, however, is the other change: the diffusion of power; or, the way power is moving away from all states (West or East) and to non-state actors.

Just look at the power of social media, where relatively unknown people of little to no broader influence are able to mobilise thousands of students, destroy the reputation of politicians or simply bring brands to book for poor or irresponsible conduct.

What does this mean for communicators? You only have to consider the rise of the social influencer, blogger, Instagrammer, or Twitter star to realise that communicators have already accepted this diffusion of power. But there’s more to this than social media: the very idea of the thought leader is changing fundamentally. A CEO or Professor of Politics now shares the stage with much younger and often self-taught opinion leaders that have a natural talent for translating complex issues into easy-to-understand terms. Take heed of this change and start identifying and building relationships with thought leaders across a broad spectrum of fields and topics.

Andre Fourie is the Managing Director of marcusbrewster.