Branding in a digital world: Why a strong identity matters 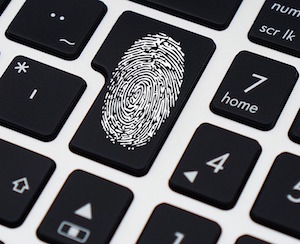 With the various events and happenings that have played a part in shaping the year’s socio-political landscape (both internationally and locally), 2016 is widely being dubbed a ‘Year of Identity’. This designation is certainly applicable to the branding and marketing realm as well – one in which the importance of a strong identity continues to grow, with brands (across every conceivable industry and product or service category) fighting harder for consumers’ attention, interest and advocacy in an increasingly digital world.

Branding guru Gordon Cook was once quoted as saying: “The day identity stops being important, is the day branding will cease to be important.” While identity has always been a key component of brand strategy, the very essence of this sentiment has perhaps never been more significant than it is in today’s dynamic and complex marketplace. On the one hand, we are witnessing the emergence of a more empowered and demanding consumer force, whose own sense of identity (both individually and collectively) is actively being negotiated in the online sphere. At the same time, competition (often from unexpected sources) continues to accelerate exponentially, making the need for distinctiveness a strategic necessity for brands in the midst of growing commodification and imitation.

But herein lies the caveat: there is more to identity than just visual identity or what meets the eye. Beyond the obvious, brand identity is a translation and signifier of an underlying strategy and ‘promise’ to the consumer – a promise made tangible through experience.

In fact, the field of human psychology postulates that identity lies at the very core of all lived experience. Given the inherent overlap between psychology and branding, we could thus suggest that a powerful, meaningful brand identity aids in delivering a positive (and valuable) experience to consumers who identify with the brand and what it stands for. This is especially important in the digital age, where the power of interactivity is being leveraged to bring brands to life in new and exciting ways – in effect, helping to shape the consumer’s online lived experience and identification of (and with) these brands.

The implication for brands today is clear: the need for building and ‘owning’ a strong, strategically relevant and resonant identity is now more important than ever. As such, this article unpacks the four key strategic benefits of a strong brand identity in a digital world, while affording consideration to brands that are getting it right in this regard.

Strategic benefit #1: A strong identity provides a source of distinctiveness

Brand identity is one of the primary means by which product or service offerings are distinguished in the eyes and minds of consumers. Considering the array of options available to consumers today (and the ongoing drive by brands to boost audience engagement), a distinctive identity has thus become a key imperative for building brand equity, both offline and online. The strategic importance thereof is particularly notable in categories where a sustainable competitive advantage based on functional differentiation alone is becoming increasingly difficult to attain, such as banking and fast food.

Two South African brands, in these respective categories, that have excelled in driving differentiation via a strong identity (offline as well as online) are Capitec and Nando’s. Against a banking landscape traditionally dominated by four established players, Capitec has successfully stood out by translating its core promise – ‘simplicity’ –to every facet of the brand’s identity and expression, from its visual elements and branch design, to the look, feel and experience of all digital touch-points, including its website and banking app. In fact, as part of a recent website redesign, Capitec even enlisted the help of children to test the new site and ensure it delivered on the promise of simplicity!

In a similar vein, Nando’s has successfully leveraged a strong identity to its own benefit in cyberspace – allowing the brand to continue its longstanding reputation for being more than just a fast food chain, but a satirical commentator on local and international affairs. Specifically, Nando’s has taken to social media to bolster its position in this regard. The result is a brand that is not only instantly distinguishable through a consistent visual treatment applied across its various platforms, but also its inimitably cheeky and quirky persona – another example of brand identity and experience mirroring brand philosophy. As a testament to its resonance in the market, Nando’s currently boasts one of the highest social media followings (and engagement rates) among South African brands.

Strategic benefit #2: A strong identity offers a point of credibility

A resonant (and consistent) identity helps to convey trustworthiness in online channels, which are fast becoming a key means by which today’s consumers research brands and products, as well as purchase them. To this end, first impressions are crucial. Research indicates that consumers, upon visiting a brand’s website or social media profile, form judgements regarding credibility in a matter of seconds. It may seem counter-intuitive, but a fatal error still committed by many brands is to have an online identity or persona that is at odds with the brand’s strategic direction or promise, or even inconsistent with its offline identity – which can have a damaging effect on perceptions of trustworthiness.Put simply, resonance and consistency breed familiarity, which in turn breeds trust.

Aligned to this sentiment, a recent report by US firm Masterful Marketing indicates that strong, consistent digital branding has the power to boost a brand’s credibility by making it appear more prominent, stable and professional, building an emotional connection with consumers and communicating (often sub-consciously) a commitment to delivering on promises and expectations. In this light, reiterating the fact that brand identity is not simply synonymous with visual identity, but a holistic expression of strategic intent delivered via experience, we could argue that today – perhaps more than ever before – consumers are taking to heart the old adage: “Never trust a business with a bad website!”

A noteworthy example of a brand that has leveraged a strong identity to garner trust is local asset management firm Allan Gray. Over the years, the brand’s consistent, instantly recognisable visual style – together with an equally distinctive tonality – have helped it to attain high differentiation, emotive appeal and salience in the market. Across offline and online touch-points alike, the Allan Gray brand projects a uniformly characteristic air of authority and stability, establishing itself as a ‘trustmark’ in the local financial services sector. It is therefore not surprising to note that it was the winner in the investment management category of the latest Reader’s Digest ‘Most Trusted Brands SA’ survey. 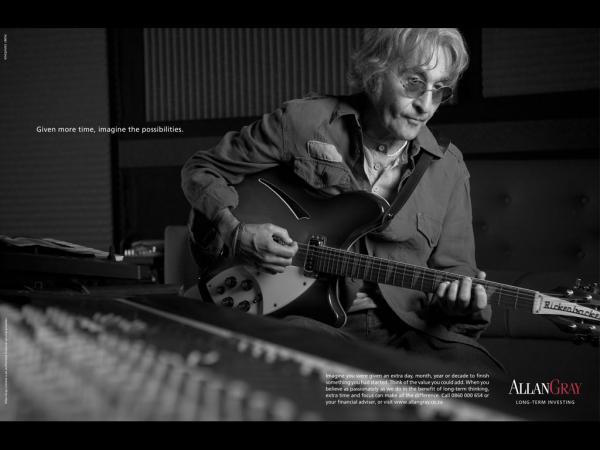 Brands not only convey corporate identity, but also have the potential to serve as tools for the construction (and expression) of personal identity.This premise is supported by the science of neuromarketing, which has shown that the medial prefrontal cortex of the brain – an area widely considered to be responsible for governing one’s sense of self and identity – is highly responsive to visual and verbal brand stimuli that resonate with the individual. What this essentially means is that strong brands often have the power to act as ‘extensions of self’ for consumers who identify with them – both in terms of the image they project and what they stand for or represent in the marketplace.

With regards to branding in the digital world, where the benefit of personalisation allows for truly individualised consumer experiences, a strong and strategically relevant identity is therefore critical. We have seen this, for instance, with brands that have successfully engaged the youth online. This market segment– known for being both brand-conscious and heavy consumers of digital media – has also been shown to be highly receptive to brands that are associated with the need for individuality and self-expression; brands that may be identified as falling into such archetypal categories as the ‘Rebel’ or ‘Hero’.

Nike is a good example of such a brand. Having built an authentic identity and image over the years, underpinned by its well-entrenched and celebrated ‘Just Do It’ philosophy, the brand recently made a conscious decision to move away from traditional advertising and focus instead on digital marketing and social media (including its own social network, Nike+). Across its various platforms, Nike consistently stands for and celebrates the ideas of boldness and individual expression. This has even manifested itself in the introduction of NIKEiD, a service that allows for the customisation of clothing purchased from Nike online. The service, which launched in South Africa earlier this year, is already gaining traction with consumers. And as proof of Nike’s strength among the country’s youth, it was named ‘Overall Coolest Brand’ in the 2016 Sunday Times ‘Generation Next’ survey. 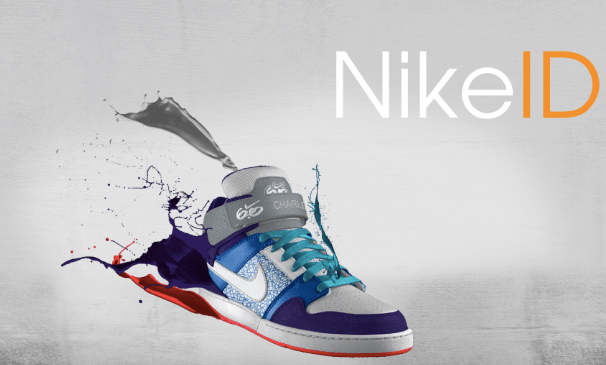 Strategic benefit #4: A strong identity serves as a unifying factor

Identity acts as a potent source of unity (and therefore community) in the online world. In this respect, digital technology continues to support peer-to-peer connection by strengthening shared affiliation and identification among individuals who may be separated geographically, socially or in other ways. From a brand building perspective, while branding has essentially always been about connecting with consumers, digital is heightening the connectedness of brands and people in ways never seen before. In the digital realm, a strong brand identity therefore has the power to build (and maintain) group identity through the creation of so-called ‘brand communities’, whose members identify with specific brands and what they stand for. This is especially true for brands that enjoy a ‘cult-like’ following among consumers.

A brand that has effectively leveraged its strong identity and philosophy to build a community is Apple, recently named ‘World’s Most Valuable Brand’ (for the second year running) by US business publication Forbes. Incidentally, despite having several product-focused social media profiles for its flagship services, such as the App Store and iTunes, the Apple brand itself has no official Facebook or Twitter account. Having built a strongly differentiated and consistent identity (and being renowned for its compelling product offering and loyal fan base) Apple relies instead on supporters and influencers to keep the conversation going and reinforce the values of the community online. While this may seem risky, there are many who regard the brand as the peak of social media success. 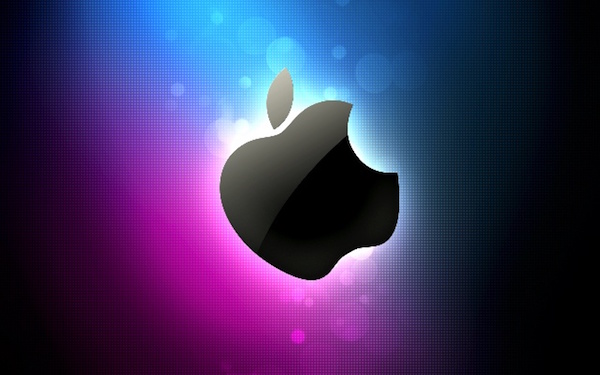 In closing, it is clear that the link between brand identity and brand strength cannot be underplayed in today’s increasingly digitised marketplace. As highlighted by Larry Ackerman, founder and principal of research and consulting firm The Identity Circle: “Identity is cause; brand is effect. And the strength of the former influences the strength of the latter.” As such, given the growing ubiquity of digital communication channels and the continued quest by brands to ‘conquer’ the digital space, we can likely expect the strategic implications of this tenet to become more and more evident in years to come.

Mike dos Santos is a strategist at The Strategy Department