Nerve, a flawed but insightful film about the perils of social media

Posted By: Will Slocombeon: August 19, 2016In: Cinema
Print Email 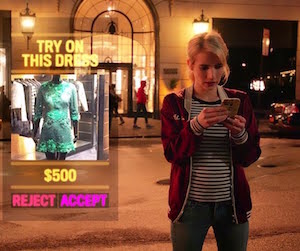 “Truth or Dare but without the Truth.” This scary tagline sums up Nerve, a social media game that drives the film of the same name. We follow 17-year-old Vee’s immersion in the game, where “players” earn money for completing dares to kiss strangers or shoplift $4,000 dresses.

As you’d expect, the dares quickly escalate with the vicarious demands of the “watchers” (gamers who pay for the privilege of watching rather than taking part) – riding a motorcycle blindfolded at 60mph, for example. What emerges is a series of somewhat trite, but nonetheless pertinent, observations on social media and the politics of celebrity and voyeurism.

Nerve is the latest offering from Henry Joost and Ariel Schulman – and, like their earlier Catfish (2010), it explores the ways in which the internet doesn’t always promote the best in human behaviour.

But this comparison raises some interesting issues. Such headlines seem to assume a few things, primarily that Pokémon Go has a “generation”. Given Nerve’s 15 rating, this presupposes that such a “generation” is comprised of 15-18 year-olds, when part of the appeal of Pokémon Go appears to be that anyone can play it, from pre-teens up to 20-something fans of the initial Pokémon series and beyond. In fact, Nerve is more akin to an alternate reality game than an augmented reality game, in the sense that the game invades and manipulates your life – indeed, is your life – rather than transposing digital images over the real world.

Nerve feels like a cross between something like the Jackass series and movies, in which people who should know better do stupid things for the amusement of the viewing public; Hackers (1995), in which a group of teenagers get embroiled in a cyber-virus plot; and the awful remake of Dangerous Liaisons, Cruel Intentions (1999), in which teenagers screw each other over for fun (you could easily see shades of Wargames (1983) and the Brat Pack movies of the 1980s in the film too).

From these parallels, it should be obvious that Nerve is an unashamedly teen movie – and the film suffers from the usual problems of the genre: coming-of-age story plus boy-meets-girl plus teens know everything and adults are clueless plus implausible plot.

Despite this, Nerve foregrounds some issues around technology in a far more relatable way than some other recent films that engage with similar themes. Surrogates (2009) imagined a world in which people use surrogate bodies, leading to a loss of human interaction. Gamer (2009) had people’s bodies being puppeted by players in violent shoot-‘em-up games and nightmarish day-glo social media worlds. eXistenZ (1999) asked questions about how virtual reality games blur the boundary between real and fiction. The Running Man (1987) and Death Race (2008) imagine death and destruction as part of public entertainment.

Nerve brings all these various threads together, highlighting the potential dangers of social media. It queries whether anonymity can absolve you of responsibility (no); whether you should do reckless or dangerous things in order to be popular, in response to peer-pressure, or for money (no); whether you should allow an app complete access to your digital footprint and banking details (no).

As such, Nerve seems concerned about the ways in which people who believe that they are playing a game fail to think about consequences and the ramifications of what happens if games and social media infiltrate society to the point that we all become merely avatars and anonymous usernames.

At one point, the male love interest declares that there is a third way of engaging with the game, beyond the initial option to be a player or a watcher — that of “prisoner”. As the film astutely demonstrates, neither players nor watchers are active – but passive, both controlled by the game. In this way, everyone who plays the game is a “prisoner” in actuality, encouraged to conform to the rules of the game and the systemic logic it propagates.

The only way to really beat a game is not to play, otherwise the game is the only thing that wins: the film argues that stepping outside the game is what takes real nerve. Nerve, for all its faults, is a timely reminder of the perils of social conformity in an increasingly online world.

Will Slocombe, Lecturer in American Literature, University of Liverpool