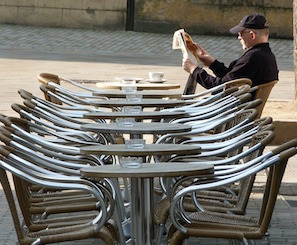 OPINION: While being interviewed by a business journalist last week, I was asked as an aside why I disliked newspapers so much.

What? Me dislike newspapers? Never.

But looking back, I suppose I could be accused of disliking newspapers because I do tend to criticise them a bit. Okay, a lot, in fact.

What I dislike intensely is the way in which our journalists are being used and abused, retrenched and replaced, by newspaper managements that have absolutely no idea what they are doing.

And the latest rumours about Independent Media laying off staff and combining their Cape Town morning and afternoon newspapers is pretty much a prime example of the consequences of management idiocy.

The problem, I believe, is that newspaper managers still cling to the belief that traditional newspaper content and operations haven’t really changed and that all that has happened is that the dastardly internet has pushed their readers over the digital cliff edge like brainless lemmings.

They still persist in appointing traditional editors who themselves persist in producing newspapers as though we were still stuck in the 1980s.

Then, to make matters worse, they take those same editors and make them heads of their ‘digital platforms’ where they then persist in running news websites and other digital platforms as though they were newspapers.

Far too many managers and editors still believe the physical newspaper is the holy grail and that everything else from digital platforms to social media is just rather annoying tentacles.

Most newspapers still cling to the belief that revenue sources are restricted to advertising, sponsorships and the occasional special offer or promotion.

They seem to be oblivious of the fact that their biggest assets are their subscribers – both to their newspapers and their digital products.

With the exception of Naspers, most of the other newspaper groups simply cannot get their heads around the idea of simply selling stuff to their subscribers.

There are also B2B websites in this country with hundreds of thousands of newsletter subscribers that continue to believe the only way they can make money is to offer advertising on their websites and newsletters. When the real value lies in what else they can sell their subscribers.

So, if I give the impression that I dislike newspapers, this comes from my frustration at seeing journalists being messed about from pillar to post by managers who haven’t a clue what they are trying to do.

Newspapers still have an important role to play. But that role is not announcing that Wayde van Niekerk has broken the 400m world record because we all heard about that one way or another via the internet or on radio long before.