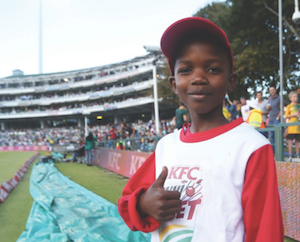 Sport in SA is an extremely lucrative landscape whether you’re a player, a sponsor, or a fan.

Despite the global economic downturn, sponsors and media owners are spending more on sponsorships of sport and broadcasts than ever before, according to sports industry analysts, Repucom.

Sport sponsorship in South Africa in all its forms attracts between R5 and R6 billion in spend but according to Watt, less than R1 billion of that will be spent on broadcast sponsorship, with the rest channeled towards sponsoring teams, leagues and events.

Margie Knap, senior strategist at The MediaShop, says the problem is that many sponsored components aren’t measured. “For example, SuperSport will include pre-promos as part of the package, which isn’t picked up as ad spend for a client – and we can’t track ARs,” she says. Pre-promos are flighted as part of “station promo” airtime, not as classic airtime.

There can also be situations when there is an event sponsor, a broadcast sponsor or a tiered sponsor. “Often they share exposure, so how do you measure that? And when an international player such as Barclays or Heineken own international rights, how do we measure the local spend/exposure?” Knap adds.

Knap would hazard a guess at TV getting the lion’s share of sponsorship spend support, with radio coming in second. “Generally, competitors focus their spend on TV and radio, and there’s very little presence on outdoor and internet. But it’s important to bear in mind that internet spend is exceptionally under-read,” she says.

Half of these leagues have experienced only a minor decrease in revenue. In England there’s been a 35% increase in jersey sponsorship spend, with France and Germany experiencing a 8% and 7% increase, respectively, in 2015/2016. Shirt sponsorship from those six leagues totals over €830 million (over R14 billion), with the English Premier League accounting for just under 40% of that figure, with €330 million (over R5.6 billion).

“Sport offers sponsors and broadcasters unique opportunities to integrate their brands into events and broadcasts. Sport is best consumed live, and most often consumed in massive numbers both by spectators and viewers,” Watt says. Brands are getting better at engaging with current and potential customers via their sports passion points, he adds.

Knap agrees that sport is best enjoyed when shared, which has implications on measurement. A DStv report from the end of 2015 shows that most people who watch sporting broadcasts do so out-of-home. According to the research by TNS and Geopoll, nearly 50% of viewers almost always watch out of their homes.

Over a third of the those viewers watched the games with more than four other people. In fact, 25% or more of respondents say they consume the sport out of their homes frequently. Rugby broadcasts of games played in favourable weekend slots lose 50% of viewers to out-of-home, with respondents preferring to watch in public places – surely a golden opportunity for sponsors.

These consumers have a significant impact on viewership numbers, the measure by which many sponsors value the impact of their sponsorships.

“Consider this: rugby or soccer fanatics are at home alone watching a live game. Half of them are invited out to watch with friends dividing the total possible ratings by two. A third are going to a public place to watch, where they’re more than likely to watch with at least four other people which quadruples the number of missed ratings – and they do this often, if not always,” says Knap.

While there are sporting codes with unique dominance in particular territories, football is an obvious choice when it comes to high-value sponsorships around the world, due to the sheer number of interested viewers.

“Cricket and rugby attract a great deal of sponsorship revenue in South Africa with sports like cycling, road-running and other mass participation events receiving a growing proportion of the aggregated sponsorship spend in South Africa,” Watt explains. 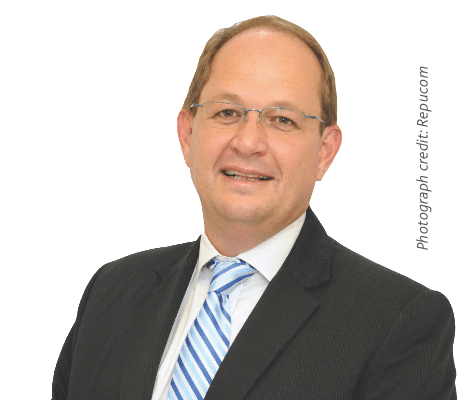 The ROI of sponsorship

Importantly, the profile of the audience reached needs to be reported on and the traction/level of message communicated, needs to be measured. Engagement levels can also be tracked and reported on by numerous indicating factors i.e. audience profile, timing, duration, frequency etc.

Watt says that sponsorship of a team offers more varied rights than sponsorship of a broadcast and can be utilised to achieve multiple objectives among many different audiences. Reporting on audience reached, i.e. who watches and/or attends matches, by profile and numbers plus brand exposure generated by item worn, used or utilised by the team, would be the most basic form of measurement reporting.

“Consumption and engagement levels with content created, utilising the team or team members as the critical ingredient, along with brand imagery and messaging being conveyed, would be key measurement outcomes for a brand looking to maximise the interest in and association value of a strategically selected team,” Watt says, adding, “in short, it depends on what the brand has set out to achieve with the sponsorship. Tracking and understanding key metrics before and after are vital in understanding the ROI, not only of the sponsorship, but also the activation plans or spend”.

One of the key findings of African Investor’s ‘Business of Sport’ report was that winning in the sponsorship arena in Africa will require rights holders to be better governed, with a stronger focus on the tangible value being provided to broadcasters and sponsors.

According to the report, “Growing the market in Africa will require broadcasters to invest in media rights and production quality. Enhancing returns will require sponsors to support athletes, teams and associations with more than just an oversized cheque, including management and marketing expertise.

“Tracking the growth of the sports market in Africa will mean investment in accurate data collection, analysis and reporting. With this game plan, the business of African sport can accelerate onto the global stage providing rewarding investment opportunities and returns for those pioneering the way.” 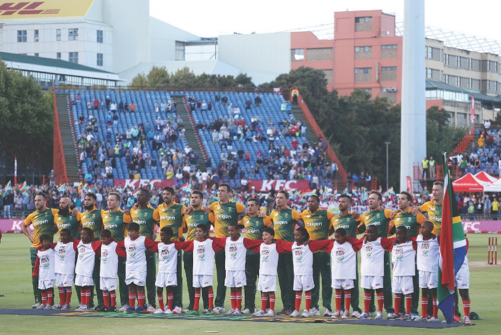 Watt agrees that the advent of social media has had a global impact on the way sponsors perceive sports. Social media posts are an additional way to generate media value either through exposure or engagement. An example of this is the partnership between Chelsea FC and Yokohama Tyres/Adidas where mentions of these two brands from the CFC social media accounts results in exposure for their partners.

The advent of social media is also a boon to less visible sporting codes – something that sponsors and media owners are increasingly paying attention to.

A Repucom report on the consumption of football around the world showed that 46.4% of the world’s population watched the 2010 FIFA World Cup in South Africa – a total of 3.2 billion in-home viewers. A multi-platform study by ESPN showed that the out-of-home TV viewing and usage of non-TV platforms (radio, internet and mobile) added 46% to the World Cup TV average audience – rising to 56% on weekdays. During the 2014/15 English Premier League Season, multi-screen following of games increased by 28%, with 40% of viewers engaging via a second screen and 18% of them using social media to supplement their experience.

“The digital revolution has given less visible sports the ability to create and distribute their own content. Most important is to upskill in the creation of engaging content and in the best format/platform to distribute that content to very well thought-out, targeted audience,” Watt says.

Repucom’s 2016 Global Trends Report outlines the potential for sponsorship growth, particularly from digital media platforms, due to advanced technology and increased access, as well as new sponsorship categories. It estimates that global sponsorship spend is will reach over $62 billion (nearly R930 billion) by 2017, a 1.8x increase from 2010.

Watt concurs that sponsorships are growing way beyond logo placement, evolving into mutually beneficial, integrated partnerships. As brands demand more from their sponsorships, rights holders are becoming more sophisticated and innovative in their approach.

He says, “Greater investment and innovation is predicted for women’s sport while we’re also seeing the rapid expansion of eSports, fitness and participation events, combat sports and new leagues and formats, all providing exciting opportunities for sponsorship”.

Many sponsors and media owners are underutilising their sponsorships. Watt mostly attributes this to the silo use of sponsorship within many organisations, as opposed to integration of sponsorship strategy into the brand DNA and marketing/advertising strategy of their businesses.

“There are some stand-outs to this who really understand the use of the medium, but across the board I would say they are mostly underutilising,” he concludes, confirming that in the business of sports in SA, many opportunities still exist.

This story was first published in The Media magazine July 2016 issue.