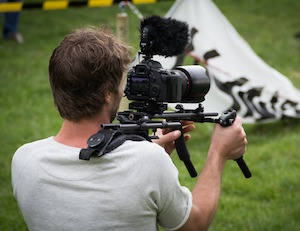 News increasingly ‘breaks’ on social media platforms – before publishers and broadcasters have even had a chance to get to the story. With Facebook Live enabling audiences to live stream, the role of the news industry to provide breaking news has changed, irrevocably.

Advances in technology and platforms, and the actions of publishers – rather than consumer demand – are the main drivers behind the growth of online video, according to the recently published Digital News Report 2016 by Oxford’s Reuters Institute for the Study of Journalism.

Text still has preference over online video for website users. On average only 2,5% of visit time is spent on video pages, as opposed to 97,5% on text, according to the report.

Moreover, when it comes to the type of content that is leading online video growth, it isn’t news.

Much of the growth comes from social networks and concerns softer news and lifestyle content. The only exception to that is breaking news. Using the BBC’s coverage of the Paris attacks as a case study, the report found that the percentage of users accessing video per visit doubled from around 10% on a normal day to 22% immediately after the attacks.

Yet, in a competitive environment, online video has a few key advantages over traditional television news. It is quick, it expands on the kind of stories you normally see, it brings in perspectives from people who might not have made it to the news, and takes us to places TV cameras wouldn’t have been, Fahrad Manjoo writes in The New York Times.

So what does this mean for traditional broadcasters?

While they take advantage of the abundant supply of freely available content, they are also facing fierce competition from social media, particularly where the immediacy of the content offering pushes TV news to the background. As Manjoo points out, “if all this video is coming from Facebook, why am I watching TV?”

One would think that broadcasters – with their advanced skills for producing video – would be in the best position to jump on the social video bandwagon. But in many cases, they are struggling to adapt to the new grammar of digital online video, Reuters’ researchers found.

Emily Bell, Director of Tow Centre for Digital Journalism at Columbia Journalism School, writing in The Guardian, says the “unpredictable course of live streaming has caught us unprepared”. Broadcasters may have anticipated the capability of their audience to produce video, but “they never imagined they would want to deploy such a capability, as it undermines the very concept of what an “edited” experience is.”

Bell lays out brilliantly how examples of recent news events broadcast by “our” audience, in ways “previously unimaginable” have taken publishers, broadcasters, and the platforms by surprise. This is despite the fact that we [the media industry] have created the technology that enabled the audience to take control. Bell notes, in reference to the terror attacks in Nice, that before broadcasters and publishers had the story, not to mention before ambulances even arrived at the scene, “we are walked through the trail of mangled and broken bodies”.

And that comes with responsibilities. The Facebook Live video footage streamed by Diamond Reynolds seconds after her partner, Philando Castile, was shot by a US police officer, is a stark reminder of the legal and ethical issues that come with live streaming. Several other shocking videos are floating around on Facebook, even though it only launched its live streaming feature on April 6th. While Twitter-owned Periscope made live streaming go mainstream, Facebook’s scale and technological know-how are unprecedented, according to Sarah Frier and Max Chafkin of Bloomberg.

As breaking news has moved to social media, the burden of moderating the content now lies with the platforms. Facebook has a content moderation team in place, and it is hoping to use artificial intelligence to help make such split-second judgments for live streaming, but the technology is a long way off, according to Bloomberg. Zuckerberg’s recent announcement to “retreat from journalism”, shifting its algorithms to prioritise families’ and friends’ post over the news does not suggest news videos have priority.

However, most industry leaders agree: Facebook is a news platform and therefore, there is no escaping its responsibility.

This story was first published by WAN-IFRA‘s World Editors Forum World News Publishing Focus and is republished here with permission.