When will SA’s ad industry actually wake up? 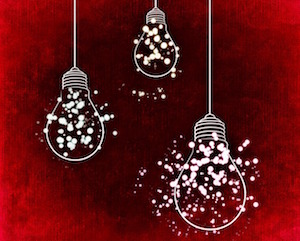 OPINION: Twelve years ago I wrote in an online column that South Africa’s ad industry would go into the year 2004 facing a couple of massive challenges.

The first, I suggested, was regaining credibility. The good news at the time was that an industry task team was “very seriously” looking at ways and means of promoting the industry in the marketplace.

And about time too because my guess was that the bulk of South African consumers saw the ad industry as something unnecessary and pretty trivial. A point born out by any number of radio talks shows I’d been on where caller after caller seriously suggested that the best way of reducing product prices was simply to do away with advertising.

So, it was clearly about time the industry did something to get consumers to start taking ads seriously.

Now, 12 years later, absolutely nothing has happened. That much vaunted task team didn’t seem to even get to the point of having a meeting.

It is absolutely incredible that an industry can continue to survive with so bad a reputation.

Our ad industry is battling; no one I speak to denies that. And it’s hardly surprising because with every hour that goes by, traditional advertising becomes increasingly less relevant.

The only conclusion to which I can come is that in view of the massive brain-drain of advertising and marketing skills in the 1990s, those marketers and ad managers who were left were generally so inept at what they were doing they were at the mercy of advertising agencies which led them by the nose into campaigns that did little for the client but lots for the coffers of the agency.

Proof of which has been in research showing the double-digit percentage of advertising money that is completely wasted.

It still goes on today with my marketing audits showing anything from 20 to 40 percent of advertising budgets being a complete and utter waste of money. And it seems to me that a lot of brands, particularly in the retail field, are quite happy to have a sizeable chunk of their marketing spend providing absolutely no return on investment.

The second major challenge, I suggested in 2004, was how to make advertising more relevant.

As the media and marketplace became more cluttered and distracted by everything from wars to sport, consumers would have less time to take notice of ads.

It has got a lot worse because of the internet of things and the consumer’s move from supply to demand in terms of news and commercial communication.

Our ad industry is battling; no one I speak to denies that. And it’s hardly surprising because with every hour that goes by, traditional advertising becomes increasingly less relevant.

It’s a miracle that the industry has actually survived this long.