A legendary and pioneering visionary 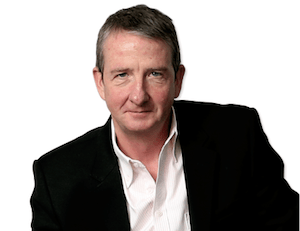 Josh Dovey is the slam dunk winner of this year’s MOST Media Agency Legend Award. Michael Bratt discovers the qualities that have earned him the considerable respect of his peers.

One thing can certainly be said about Josh Dovey: the man has a wealth of experience. Having been involved with OMD South Africa, a business he co-founded with Gary Westwater, for over 20 years, Dovey has remained a constant in the agency world. And now he has something else to add to his experience, a MOST Media Agency Legend Award.

The general consensus from several media industry players is that Dovey is more of a “behind-the-scenes” type of guy. Sure, he shares his expertise and experience with the teams that he leads, and anybody else in the industry who asks for his assistance, but when it comes to events and networking, Dovey is rarely seen, at least according to industry players who were asked about the man. Maybe it’s to do with the enormous amount of work that he has on his plate, heading up one of, if not the biggest media agency in Africa.

OMG’s trust in Dovey resonated when he was put in charge of one of the group’s most important divisions, Africa, at the beginning of this year. Commenting on the appointment of Dovey as CEO of the Omnicom Media Group for both South Africa and the Sub-Saharan regions, Colin Gottlieb, CEO of Europe, Middle East and Africa region for OMG, said, “We have been working closely with Josh and his team for many years, and this formal alignment reflects the rapidly growing importance of Africa to our global clients. It now gives us market leadership in South Africa and Nigeria and a very strong platform for growth in one of the world’s most dynamic regions.” It is a testament to Dovey that he was tasked with getting the most value for OMG’s clients out of the African region, a new focus area for the group. And, in the short time he has been in charge, Dovey has excelled at the task.

Marco Santos, managing director of OMD SA, says, “Two words come to mind when trying to define Josh Dovey: pioneering visionary. I have had the pleasure of working with Josh over the past 12 years, whereby I have been exposed to his pioneering vision through the birth and evolution of both the South African and Pan African OMD brand. Today OMD is the market leader in the largest two economies on the African continent and this is attributed to Josh’s innovative business planning. Personally, Josh has been an inspirational mentor to me and I strongly respect his ethics and values that he reflects across all spheres of his life.”

Rob Smuts, CEO of RMS Media and part of the MOST Awards judging panel, had this to say about Dovey. “Josh has always quietly got on with the job, maintaining and growing OMD’s dominant industry position. Well, that’s what it seems like from the outside – maybe not so quiet if you’re on the receiving end of a commitment negotiation! Despite personal tragedy, Josh has stuck to his guns and produced massive, industry topping billings, year after year after year. Clearly, he is a master of our profession. His ongoing dedicated and momentous efforts and the resultant achievements of the business he leads, deserve recognition. Josh is known for sharing his knowledge and expert opinion for the good of our industry. He truly is a media legend!”

Clare O’Neil, CEO of the Broadcast Research Council of South Africa, also shared her views on interacting with Dovey. “I always loved doing annual commitment negotiations in my television sales days!” she says. “Josh has a ‘win / win’ approach. His opening line would always be, ‘this is what my client needs, tell me what you need and let’s meet half way’ – win / win. Josh is pragmatic in his approach to media. He is super smart and has great business savvy, having created a highly successful, stable media agency. My sense is that his biggest contribution to the industry is having created one of the largest stable media agencies in South Africa”.

One of OMG SA’s biggest clients is Standard Bank, who have had a longstanding relationship with the agency. Nikki Twomey, chief marketing and communication officer at the banking giant, has worked with Dovey during this time, and describes him as proactive, committed, honest and vastly experienced.

“I have been privileged to work with Josh and the OMD team for more than 16 years”, she says. “Josh has always driven a sense of true partnership with the Standard Bank marketing team. He is the kind of person that proactively implements the support he believes that our business needs, making sure that the new approach is working optimally, before he will even discuss how we address the financial model. I appreciate his absolute honesty in all our dealings, his breadth of business experience and his ‘whatever needs to be done’ passion for our business.”

Those who nominated Dovey during the MOST Awards process, had much to say along the same lines as Santos, Smuts, O’Neil and Twomey, and echoed many of the qualities they highlighted. One commentator noted that Dovey “has consistently been at the top of his game and has built one of the largest media agencies in Africa. [He is] soft spoken, an understated but fierce competitor who understands his profession very well.” Yet another added that Dovey “runs a massive business and has maintained and grown some big accounts like Standard Bank, although he is more behind-the-scenes. His business acumen and understanding of media is substantial”.

It is not known how much longer Dovey will stay at OMG, but with no signs of him slowing down, OMG’s African operations are in very experienced, hardworking hands.

This story was first published in the September issue of The Media magazine. Read the digimag here.