LATEST NEWS
Home Press Newspapers and the Fourth Estate: Why a free press is important for brands

Newspapers and the Fourth Estate: Why a free press is important for brands 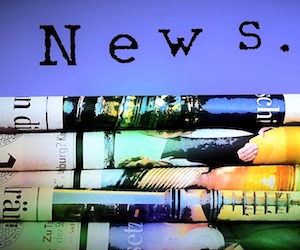 It is vitally important for a democratic country to have a free and fair media. This has recently been a topic of heated debate in South Africa’s news, or more to the point, an argument about what goes into the news and what doesn’t and the implications of not reporting the news, accurately and as it happens.

Advertisers were being urged not to support media channels that were seen as not being free. Luckily for South African citizens the Fourth Estate triumphed, proving that we do live in a functioning constitutional democracy, but what exactly is the Fourth Estate, why is it important and what does this mean for brand owners?

What is the Fourth Estate?

The term the ‘Fourth Estate’ was first coined by Edmund Burke in 1787 when referring to the opening up of the House of Commons of Great Britain to newspaper reporting or the press. Thomas Carlyle in his book On Heroes and Hero Worship states, “Burke said there were Three Estates in Parliament; but, in the Reporters’ Gallery yonder, there sat a Fourth Estate more important far than they all.”

The Fourth Estate still refers to the press, print journalism and newspapers, but the definition is broader and refers to news media on the whole. Having said that, newspapers still seem to be the backbone of The Fourth Estate and as we have seen recently, holds other media accountable.

Why is the Fourth Estate important?

The Fourth Estate keeps government, legislators and big business in check by keeping society or the public informed. Investigative journalism plays a big part in uncovering bribery and corruption and in uncovering human rights violations. There was severe state censorship of the media during Apartheid, with the Government of the time fully understanding the power of The Fourth Estate, they deliberately hid what was really going on in South Africa from the public and many editors and journalists were imprisoned and beaten for ‘telling it as it was’.

An article The media as the Fourth Estate in The Conversation says, “The Fourth Estate describes the journalists’ role in representing the interests of the people in relation to the business and political elites who claim to be doing things in our names … If we accept the premise of the Fourth Estate, we also have to ask ourselves if the national and the public interest are the same thing. It might be easy to think that they are, but it would be a mistake.”

It goes on to say that it is often in the national interest to keep things from the citizens, but the public interest is about disclosure and the people’s right to know. The Fourth Estate is a civil watchdog. It states, “Today, governments that claim to act in the public interest must face daily scrutiny of their actions. They must be called to account when overstepping the bounds of what citizens will support, or when taking actions that are clearly not in our interests. We rely on journalists and the news media to do this job on our behalf.”

What does this mean for brands?

“One of the foundations and tests of a true democracy is a free press. Our fragile and youthful democracy needs to fight to maintain each citizens’ right to know – we need to fight to uphold the basic right to have access to accurate and balanced news reporting,” Rob Smuts, CEO of RMS Media. says.

“With the impartiality of the national broadcaster under question – newspapers have a critical role to play in dispersing accurate news, presenting fair, balanced and impartial coverage of news events – for the good of our society.’

“Brands need to pay attention to the editorial integrity of the media environments in which they present themselves. We all know that one is often judged by the company we keep. It’s no different for brands and the platforms they choose to share! Rub shoulders with the best – and their reputation will rub off on you! Conversely – why risk casting a negative shadow over your own reputation? Choice of platform, therefore, should go way beyond the hygienic evaluation of numbers and efficiencies. Environment is key – after all Marshall McLuhan once said the medium is the message – so take care in selecting the right medium!’

“The evolution of newspapers to include digital editions, can only entrench relationships with core audiences, assist in maintaining relevance and help secure the future of independent newsrooms offering editorial excellence with great speed to market!”

Should media agencies care about the Fourth Estate?

Wayne Bishop, MD of PHD South Africa says, “Other than freedom of press being a constitutional right under the Bill of Rights Chapter 2, press freedom is an important indicator of a stable democracy. According to Reporters Without Borders, South Africa ranks 39th out of 180 countries on the World Press Freedom Index 2016 (one position below the UK). In developing economies, it is an important consideration in attracting foreign direct investment. From a media point of view I would argue that free press will maintain audiences better than a state-controlled content program.’

“I watched an interview recently of Trevor Noah in which he referred to the differences between SA and USA news groups. The problem, according to Noah is that US media groups provide too much opinion on news content. In other words, news groups are unashamedly biased towards either leftist or right wing philosophies. Whereas in South Africa, we stick to the facts. I believe the role of news groups in SA is to provide what is called neutral arguments i.e. present both sides and allow the reader to construct their own opinions. Incidentally, South Africa outranks the US on the World Press Freedom Index (41st).’

“From a media perspective, poor press freedom will lead to a drop in audiences. In addition, the vehicle carrying that brand’s message would effectively compromise the integrity of said brand which is not good for business.

“Brand owners care very much about editorial integrity of the publications or media in which they advertise. Carte Blanche is a great example of how advertisers will support a medium even though the numbers don’t paint a good picture. The program has lost half its audience in the last 18 months and is currently the most expensive media buy on TV with the highest Cost Per Point (CPP). The converse is also true. Guess who advertised on ANN7 in July of this year? Excluding self promotion, ANN7 mostly received spend from the ANC.’

“The transformation of newspapers from print to now being cross-platform print and digital offerings has affected the way in which they serve the Fourth Estate in that they have to be even more transparent and neutral or lose audiences faster than you can spell i-n-t-e-g-r-i-t-y. The advent of digital media means that content is not restricted to the borders of the country. If content is biased or rife with propaganda, the community of readers will react. Quickly.”

Ads24’s newspapers play a vital role in upholding the Fourth Estate in South Africa. Their influence audience is vast and these newspapers are trusted parts of the communities which they serve. Looking at Ads24’s News Overall Inventory, which incorporates all their newspaper titles including their digital properties, resulted in a Total Cumulative Impact of 46.3 million. Talking in terms of TVRs, that is more than double the rating of South Africa’s leading television programme. This figure represents all of Ads24’s audience communities or bundle options: Sunday Titles, Mass Market Titles, Afrikaans Titles and Local Titles, a comprehensive network that forms part of The Fourth Estate.

The credibility and integrity of these newspapers with an Effective Reach Opportunity (Essentially; Reach@1+) of 24.4 million across the Ads24 News Overall Inventory rubs off on the adverts placed in them. If an advert is placed in all of Ads24s properties (print and digital) there is opportunity for a branded message to be seen at least once by 24.4 million individuals with buying potential. The Ads24 News Overall Inventory has a Duplicated Reach (Reach@3+) of 9.8 million. This means that 9.8 million individuals with buying potential are likely to have seen the advert a minimum of three times if it is placed in all of Ads24’s newspapers including their digital properties.