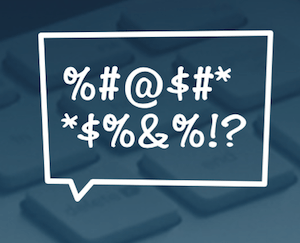 Online abuse and trolling is on the increase. And journalists are among the victims. A new report on online commentary by the WAN-IFRA’s World Editors Forum, the 2016 Global Online Commenting Report, released on Monday, found that journalists at 65% of news organisations surveyed, which still allow comments, had been trolled.

Which isn’t surprising when considering that researchers found organised trolling to be increasing too. Interest groups, corporations and rich individuals are forming their own ‘newsrooms’ to generate their content and target journalists on social media or websites whose stories they don’t like, the WAN-IFRA research found. (This has become quite prevalent in South Africa with a #paidtwitter hashtag provoking users thought to be trolling for a certain well-connected family. The Media Online editor recently experienced a of series troll attacks, which, on investigation, turned out to be a whole host of accounts set up by just two anonymous individuals, used to troll Pravin Gordhan and former public protector Thuli Madonsela, among others, but more on that soon.)

The project, led by executive director of the World Editors Forum, Cherilyn Ireton, is a follow up to the first report, Online comment moderation: Emerging best practices’, released in 2013. The latest study engaged 78 news organisations in 46 countries through a workshop, an online survey and a series of interviews.

In its executive summary, WAN-IFRA says in the three years since the first report, the “temperature of online debate has increased significantly”. Plus audiences are reading more news on social media platforms, forcing already stretched resources to be diverted there too. Many news organisations have subsequently shut down their comment facilities, directing readers to social media. But, WAN-IFRA asks, is this the right course of action when reader engagement is such a key priority? Is investing in a comment section worth it?

The researchers commented that South African titles appeared particularly vulnerable to hate speech, noting the closure of News24’s comments, those on Independent Online (IOL) as well as the Daily Maverick in recent months. They found that in Africa, race and politics were likely to attract the most inflammatory comments whereas in Europe, immigration was the sore point, followed by politics. Politics and religion sparked heated commentary in Asia and the Middle East. Opinion pieces receive the highest number of comments, and analysis the best quality.

The cost of moderation not only in terms of money but also in the time and resources spent weeding out the trolls and hate speech is cumbersome for most news groups. Editorial vice president of Grup RBS in Brazil, Marcelo Rech, told researchers, “I think it is a waste of resources. So much is needed to write stories that are far more useful and connected to our needs than to read and delete dozens of offensive comment and then having to deal with people complaining. It’s not a reasonable function for a newspaper.”

Moderating prior to publication is an option, but again it is time-consuming and resource-heavy. It’s not a job for interns, but for experienced editors. And it can also be a legal issue, as former editor in chief of News24, Andrew Trench, told researchers. In terms of South Africa law, if you don’t pre-moderate and are called up on a legal issue you can use as a defence that fact that you’re just providing the platform. Once you moderate, liability transfers to the publishers.

Closing down comment facilities if often seen as coming down on free speech. But, as editor in chief of Germany’s Suddeutsche Zeitung, Wolfgang Krach, says, “Freedom of speech is not abuse of speech. Trolls can post anywhere they want, but I don’t think it’s our task to give them a forum.”

The report points out that editors in “younger democracies”, such as Taiwan and the Philippines, “tend to take a more laissez-fair, ad-hoc post-moderation approach”.

Closing comments on websites means much of the slack has been taken up on social media platforms. A Reuters Digital News Report shows 44% of readers use Facebook for news. A New York Times Magazine story wrote that Facebook wasn’t just a source of readership, but increasingly, it is where readers live. And it points out that it is a “self-contained marketplace to which you have been granted access but which functions according to rules and incentives that you cannot control”. 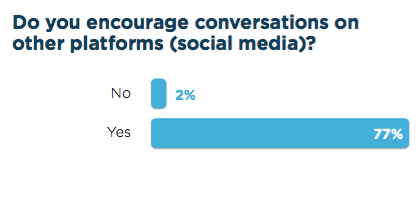 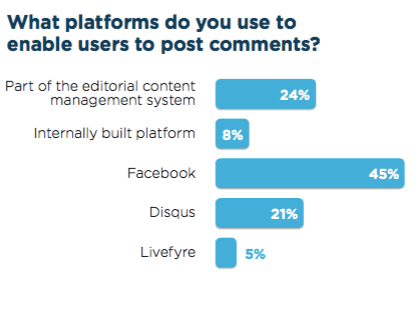 Amanda Zamora, chief audience officer at the Texas Tribune, gave a speech at Pointer in which she said, “By abandoning comments, news organisation are not only giving up an important role in shaping public discourse – they’re giving up a key avenue toward having direct, sustainable relationships with audiences.”

Which is why news publishers would like a technological solution to the issue. As Trench told researchers, “What I really prefer is a more robust technical solution where you can serve comment of value rather than pouring a massive amount of manual labour into it”. Which means technology with artificial intelligence and self-learning capabilities, the report posits.

In the meantime, while research and development into such technology is taking place across the globe, news organisations are trying to find “a balance between strategic priorities and cost”. And, the researchers say, “try and re-engage directly with their audience and maintain control of user data, which is increasingly valuable”.

The full report is available free for download here.