Posted By: TMO Reporteron: November 16, 2016In: Out of Home
Print Email 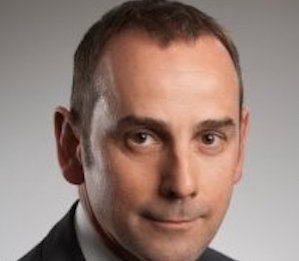 “I would like to thank Bazil for his work on integrating Continental Outdoor Media into our Group and for his commitment throughout the process. I would like to wish him every success for his career in the future,” said Jean-Sébastien Decaux, CEO for Southern Europe, Belgium and Luxembourg, Africa and Israel of JCDecaux, in a statement.

“With the appointment of Mark Cooper as CEO of JCDecaux Sub-Saharan Africa, I know I can count on his experience, his skill and the know-how he has acquired over the last 18 years in the Group, and 16 months in Africa, in the different markets in which we operate, to develop our activities in this region successfully, with the help of our teams,” he sai

Cooper has, since July 2015, been responsible for operations, human resources and health and safety policy in all of the countries in the Sub-Saharan Africa region. He joined JCDecaux UK in 1998, as UK operations manager, before being appointed operations director in 1999. He began his career in 1995 at Cable London plc (now Virgin Media).

“Mark will focus, in particular, on accelerating the roll out of our ‘Shift’ strategy, which is intended to improve the performance of our current activity, as well as bringing organic and transformational projects to fruition,” Decaux said. “Today, more than ever, both our partner, RBH, and ourselves are convinced of the relevance of our model and the skill of our teams to see this mission through. I would like to take this opportunity to wish Mark Cooper every success in his new role“

Cooper holds a Diploma in Management from Middlesex University Business School. He is based in Johannesburg, and will report to Jean-Sébastien Decaux, CEO for Southern Europe, Belgium and Luxembourg, Africa and Israel of JCDecaux.