Proposed new powers for ASA to give regulator teeth? 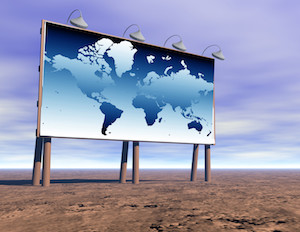 South Africa has an effective and functioning advertising self-regulator. But it doesn’t always work as it should. The self-regulatory regime in place cannot do enough to protect consumers because it is based on the willing co-operation of advertisers.

The Advertising Standards Authority of South Africa’s (ASASA) Advertising Code of Practice requires advertisements to be legal, decent, honest and truthful. It is based on an international code and is similar to advertising codes in most developed and developing countries, such as the UK, Australia and Malaysia. But ASASA is not a statutory body and it does not have the teeth to enforce its rulings on non-members. It cannot impose penalties on advertisers and media owners who do not comply.

There are some reforms on the horizon that promise to change this by making ASASA an ombudsman with increased powers. South Africa currently has the only functioning self-regulatory advertising system on the continent and this may provide even more protection for consumers.

How the self-regulatory system works

The aim of ASASA is to protect consumers, ensure fair play between competitors and make sure that the advertising profession is not brought into disrepute.

There are an agreed set of rules and procedures to resolve disputes about advertising. ASASA does not initiate its own investigations. It only reacts to complaints from the public or from competing marketers. Its website makes it easy for a consumer to lodge an online complaint without costs.

It is an independent, nonprofit company that is funded by the marketing communications industry.

ASASA considers valid complaints, allows the relevant advertiser to respond and gets expert opinion if required. It then issues a ruling and publishes the result on its website. Decisions are based on its code and supporting appendices that cover specialist industries, such as alcohol, slimming and cosmetics.

A complainant or the advertiser can appeal a ruling.

The success of South Africa’s advertising self-regulatory process depends on an active citizenry, and on the compliance of the advertiser. It is up to them to withdraw or amend an advertisement after an adverse ruling. The regulator has a range of sanctioning processes that even allow it to instruct media owners not to publish an advertisement from a repeat offender.

Regulator on the defensive

Two recent landmark court cases – one in 2015 and another in 2016 – set an important precedent for the future of advertising self-regulation in South Africa.

ASASA, before the court cases, ruled against the companies on the grounds that their advertisements were misleading and lacking substantiation. The companies then went on to challenge the authority of the regulator in court.

The companies – Herbex, a marketer of foodstuffs and complimentary medicines, and the Medical Nutrition Institute, a company that markets a product to combat insulin resistance – argued that they were not bound by the regulator’s codes and processes because they were not members of the association.

The Medical Nutrition Institute also argued that its products and advertisements were regulated by the Medicines and Related Substances Control Act, the Medicines Control Council and the Consumer Protection Act.

The problem is that neither the Medicines Control Council nor the National Consumer Commission are equipped to assess whether an advertising claim is misleading, unsubstantiated or exaggerated.

Both companies won their cases. The court ruled that the regulator did not have jurisdiction over non-members, and that non-members did not have to participate in its processes. In the Medical Nutrition Institute case, the court even issued an interdict against the regulator for interfering with its advertising.

As it currently stands, an advertiser can sidestep the regulator by choosing not to be a member and therefore simply electing not to uphold the advertising code.

But this may be about to change.

Teeth for the regulator

The department of trade and industry has released a notice that could strengthen the regulator’s hand.

The idea is to introduce an industry code and ombudsman scheme that has been proposed by the advertising and marketing industry.

The notice makes provision for the minister of trade and industry to recognise the regulator as an ombudsman – someone appointed by the government to look after the interest of the public. The organisation will no longer be a not-for-profit company, but an entity that has the backing of a statutory body.

The code would apply to all marketing and advertising participants. This would mean that advertisers could no longer get around regulations by simply choosing not to subscribe to an advertising code, or by electing not to be a member of the association.

Advertisements that are illegal, that create serious offence, are dishonest and untrue, and that aim to deceive and exploit consumers deliberately, will have less manoeuvring space.

IMAGE: Self-regulation of advertisements in South Africa is facing a rethink. Shutterstock