Toothless and moneyless: Has the ad industry handed control of ASA to government? 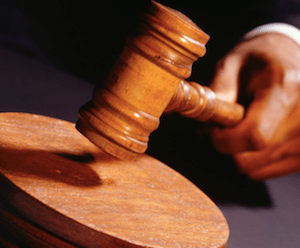 The department of trade and industry (dti) announced this week it would open for public discussion the idea of giving the Advertising Standards Authority (ASA) control over all advertising.

This comes as no surprise because it is something the cash-strapped, litigation-entangled ASA has been trying to do for years now.

In my opinion, it is probably time that the ASA was given statutory status because right now it is still constituted as an ad industry self-regulatory body that has no power to pronounce on advertising from non-members. It is pretty much toothless and moneyless.

Frankly, the advertising industry has made a shameful mess of what should be its own. Apathy, inaction and downright laziness has resulted in a situation where the industry has effectively lost control by handing over management and decision-making to a bunch of lawyers who, with the best will in the world, don’t understand the first thing about advertising.

The only time advertising agencies take notice of the ASA is when one of their own ads comes under fire and then they cackle like hens and beat their breasts for a while before retreating back into their self-serving shells.

If the ASA becomes a statutory body or government agency, the ad industry only has itself to blame.

But in its present form, the ASA cannot possibly become a statutory body, mainly because some of its regulations are unconstitutional − such as their habit of forcing advertisers to remove ads before an investigation. Guilty first and then having to prove innocence later.

It will also have to change its revenue model. With so many former funders having bailed out and leaving them facing bankruptcy only a few months ago, the ASA has been forced to seek revenue from their adjudication process − charging a considerable amount of money for advertisers to appeal.

Whether they purposely fiddle things to allow for the maximum number of appeals or not is beside the point. The mere fact that there is the potential for this to happen might well leave the ASA falling foul of the Public Finances Management Act. In addition, the ASA will also have to bring a lot more balance to the process of advertising regulation. Right now a single consumer can complain about an advertisement and this is enough for the ASA to start their processes.

There has been any number of instances over the years of individuals complaining rather flippantly and often downright stupidly about advertisements, resulting in the advertisers having to spend an awful lot of money defending themselves. The cost is enormous and even bigger when one takes into account lost opportunities.

The ASA has no mechanism whatsoever to seek recourse from complainants when they are found to have been wrong about an advertisement. All these people get is a polite letter from the ASA that does nothing more than encourage even more silly complaints.

It has constantly amazed me for decades as to why the ASA cannot follow the example of the Broadcasting Complaints Commission of South Africa − the watchdog body for radio and television’s non-commercial content.

I am pleased that data has opened this subject for discussion because there are any number of legal minds in this country that have become intimately acquainted with the vagaries of ASA regulation.

I also hope that the media houses will take this opportunity to present their case to the dti but I am not holding my breath. Once again we are seeing considerable apathy with very few media owners having taken the trouble to work out just how many millions they are losing in advertising revenue through borderline and just plain skewed ASA bans.

As it stands today the ASA is dysfunctional. It allows one person to speak on behalf of millions. It is a mess.

I have enormous sympathy for those people who are employed by the ASA − they have been through some tortuous times and have been battered by high courts finding against them time and time again.

The advertising industry has proven that it has no interest in self-regulation and equally that it will continue to produce stupid advertising in an effort to get attention. Roughly 20 percent of advertising does not work in this country and has been found to not only be inefficient but also to harm the brands concerned.

The ad industry is in a mess. Certainly, regulation is needed for advertising that is dishonest or untrue.

But, when it comes to advertising that might be perceived by a few consumers to be offensive, this requires adjudicators to play god. And there is absolutely no way a few lawyers or even advertising experts on ASA panels can possibly determine whether something that is offensive to one person is equally offensive to millions.

This is something else that has to change. Even if it means complainants in borderline cases having to physically go out and gather thousands of supporting signatures.

It is going to be fascinating to see just who is prepared to present themselves to the dti in the next few months.

I am not holding my breath and if apathy once again allows draconian advertising regulation to become the norm in South Africa, I will not be in the least surprised.