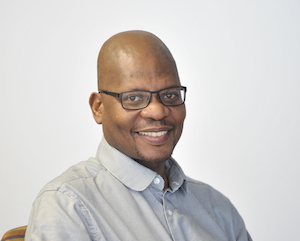 Newly appointed editor in chief of City Press, Mondli Makhanya, was previously the paper’s editor at large and has been in the media industry for more than 26 years. He is one of South Africa’s most respected editors and an influential columnist.

Makhanya’s insights on South Africa’s political and social developments are much sought after. Here he shares his views about Sunday news and City Press.

Sunday is the agenda setting day. It is the day for big news breaks that define the conversation and the news tone for the rest of the week. Even if there are other developing stories during the week, the big Sunday story remains on the agenda. Therefore a lot of effort goes into finding a big exclusive for the front page as well as hard exclusive news for inside pages.

Sunday newspapers are also interpretative in that they go deeper into the running story of the previous week. It is a day for analysis and opinion of major local and international developments. The Sunday paper also has to be entertaining across a broad range of subjects hence the mix of heavy, light and human interest stories.

Good sport coverage that goes beyond the obvious is also essential. So in essence the Sunday paper should be treated as a sumptuous buffet that should leave one satisfied and fully informed in terms of the talking points for the week gone by and the one to come. For the advertiser the reader satisfaction derived from this provides a gateway to reach the consumer at the height of his or her enjoyment.

A big challenge and opportunity for media outlets today is that news is fast and they are no longer the exclusive conductors of the news agenda. A volcano in South America reaches the news consumer’s phone before he or she can get to a TV or radio. Even worse for newspapers, who will only hit the shelves the following day. As traditional media we therefore have to be on all these platforms. Instead of seeing them as competition, most traditional media are now offering digital platforms as an integral part of the mix.

It is a hugely exciting phase in the history of journalism as we are now able to get news out faster, in more creative ways and also engage more actively with our audiences instead of it being primarily a one way conversation. So a story that City Press publishes on Sunday generates noisy chatter across platforms immediately and the chatter goes on for the whole week in different guises.

Fortunately my predecessor, Ferial Haffajee, had placed City Press on an autobahn so there is no need for a radical makeover. The newspaper has a strong brand presence and is hugely respected in decision making circles and has a readership base that has a strong umbilical attachment to it. It is hard-hitting, thoughtful and entertaining. So the task is to drive it faster on the autobahn and cement the print version’s position at the top of the media influence pile. We have to be the most influential newspaper in Southern Africa and the continent. At the same time we need to take advantage of the opportunities that the digital future offers and so there will be some innovations on that front.

Through our reporting we shine the spotlight in dark corners where dodgy deeds are taking place. Along with other investigative publications we have made it harder to be involved in and to hide corruption. One of the stories that make us at City Press very proud in the past 24 months has been our investigation into the selling of teacher posts by Sadtu. That investigation resulted in an official probe by the ministry of basic education and a clampdown on a practice that was damaging our education system and robbing children of a decent education.

Not to downplay our other strong investigations, but this one will in the medium to long term have a strong and direct impact on the education our children get and consequently the society we become. This is the power of journalism from a trusted brand in action.