Artificial Intelligence will drive consolidation in 2017 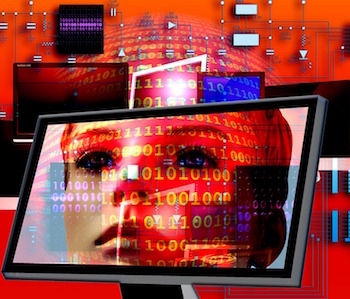 If the last few weeks have taught us anything, it’s that predictions, more often than not, are incorrect. With that simple statement I turn my attention to 2017 and what may or may not happen. Looking into next year is likely looking into a foggy crystal ball — everything’s a little murky, but you have an idea of where things are headed.

The biggest topic of the coming year is artificial intelligence. Everyone from Stephen Hawking and Elon Musk to Tom Cruise and Kanye West is talking about A.I. All the large enterprise software companies are launching products to automate various processes with machine learning.

Artificial intelligence is the logical next step as we evolve from a pure ‘big data’ conversation into one of data mined for specific use cases. It’s not about simply uncovering the signal from the noise, but about tapping that signal to transform it from an observation into an action in real time, with minimal to no human intervention.

The good thing is that the creation of these tools creates jobs, and the processes they improve are ones that open up time in a real person’s role to enable more strategic work.

This step in A.I. development as it relates to our industry, is about optimisation and matching people to offers, or people to messages that are likely to resonate. It’s not about replacing a role as much as it is about improving it — a necessary and welcome evolution in the digital media landscape.

As programmatic continues to grow, A.I. will become increasingly important.  Estimates have the programmatic space between $15 billion to $30 billion in spending over the next couple of years. More intelligent programmatic is what will be driven as a result of A.I., and its impact will start to bleed into other areas of the digital media landscape. It won’t happen in 2017, but 2018 and beyond is absolutely going to be affected. TV media will see the impact of A.I. — and creative messaging will finally, truly see it as well.

My prediction is, we won’t see any new ‘unicorns’ emerge in ad tech or marketing tech in 2017, except for those created through consolidation.

With the shift to A.I., driven automation comes the opportunity for even more consolidation. My prediction is, we won’t see any new ‘unicorns’ emerge in ad tech or marketing tech in 2017, except for those created through consolidation. I don’t think start-ups are going to have the weight to battle in an environment with the big companies and the fear of instability, and they will rarely have enough runways to invest in this area and see results in time.

That being said, it won’t simply be the big companies gobbling up the little ones. I expect to see more strategic mergers that strengthen two parties vs. a one-sided acquisition mentality. This creates more competition, and therefore innovation.   New conglomerates of offerings could emerge, and unlikely sources of that consolidation will happen. We already see that from China, and telco was huge in 2016. Where is the next big source of the money and the strategy going to come from?

It’s the first year of the new president, and the entire market will be watching with a careful eye. Last year I predicted that nothing new would happen in 2016 because things rarely evolve in an election year.

In 2017, it’s more status quo, but with an eye toward profit and growth. With no clear roadmap and such an unpredictable future, innovation becomes more of a question mark while there is an overbalance towards creating self-sustaining business opportunity. That means companies will try to find a way to own their future rather than rely on series B, series C and so on.

Those businesses marching towards profitability are going to make it over the hump quickly.  Those who are far from it will seek partnerships rather than further investment. That’s not to say investment will go away, but the bar will be set much higher to ensure ROI in a shorter period of time.

The new president talks quite a lot about tax breaks, creating jobs and fostering innovation, but he is also not tech-friendly. This creates a conundrum: The digital media industry is an area that is creating jobs, and doing so with the advent of A.I. tech, but the administration may not full grasp and understand that, so there comes instability and a concern for future growth. We may believe in ourselves, but macro-trends around us have to support our perspective in order to achieve success.

So, with all that said, I cross my fingers and hope for a great 2017 for you, your business, your friends and your family. As always, I hope for the best. Work hard to achieve success, and wish for a little luck along the way.