How government spreads its OOH adspend

Posted By: Lucinda Jordaanon: December 15, 2016In: Out of Home
Print Email 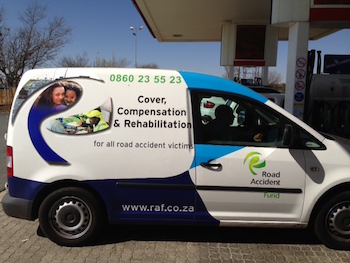 With over R50 million spent on outdoor advertising for the 2015-2016 financial year, Lucinda Jordaan breaks down the figures to find out which media companies benefit most from government’s OOH campaigns.

It’s near impossible to pin down GCIS’s acting chief director of media buying Sinombulelo ‘Ace’ Mlisa or his boss, acting director general Donald Liphoko, for comment on how government gets its messages across – and how much of it is carried in the out of home sphere.

The most we could get out of them was a spreadsheet detailing OOH adspend for the 2015-2016 financial year, which shows that various government departments spent over R53mn on over 30 campaigns in those 12 months, with no less than 32 OOH media companies tasked with spreading those messages far and wide.

Given that OOH placement is key for ultimate reach, it seems media companies are selected by various government departments according to site specific campaigns, with key national campaigns fairly evenly spread across the spectrum of media owners across various platforms.

No single department can be accused of favouring any specific company above another, though electronic screen pioneers Alive Advertising managed to acquire the largest number of – and most lucrative – government contracts across various departments, from labour to public enterprises, and including the National Youth Development Agency and Military Veterans – proving that digital is leading the OOH platform pack, as far as government is concerned.

The department of labour’s compensation fund proved the biggest spender, with four key campaigns – Beneficiaries, Employee Education, Return of Earnings, and the Umehluko campaign – carried through by 15 media owners at a cost of R26.3m.

The department of labour also focused a huge amount of funds and energy on its Employee Education campaign, spread across 14 media companies and costing over R13m. The department’s 2015 Beneficiaries campaign, carried by eight different media houses, came in at nearly half that, just over R7m. 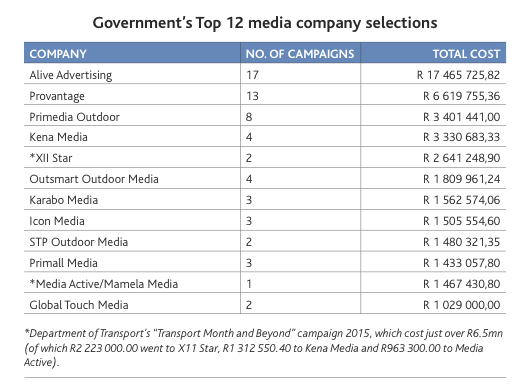 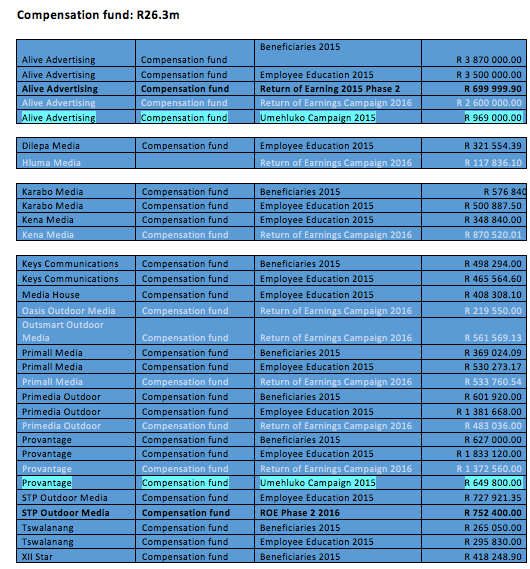 This story was first published in the November 2016 issue of The Media magazine. Read the digizine here.