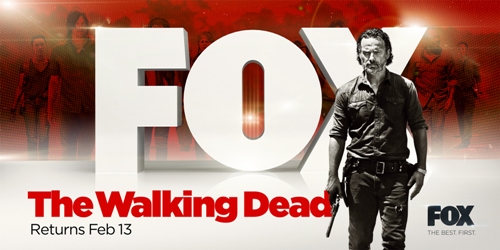 CYBERTORIAL* The returns of The Walking Dead, and Empire and the premieres of Genius, and Legion are just some of the great programming that South African viewers can catch on Fox Africa’s channels in 2017. These include FOX, FOX Life and Nat Geo Wild.

The FOX Showcase took place at 54 on Bath in Rosebank, where a packed room of industry players and stakeholders heard from FOX representatives about the television giant’s content and programming strategies, before a show reel of trailers for various upcoming shows was shown.

Amongst the brand new offerings, two stood out. Genius is a series chronicling the life of scientist Albert Einstein, portrayed by Geoffrey Rush, from his childhood days through adulthood. It will be arriving on South African screens soon. The other programme South African viewers can look forward to is Legion. Any Marvel fan will be thrilled as the story of a young boy who is diagnosed with schizophrenia, which turns out to rather be superpowers, is told. A sneak peek at the very first episode was shown at the showcase, and it looks amazing. It will arrive on South African television shortly.

The highly anticipated The Walking Dead will return for the second half of its seventh season next month, and season 8 begins later this year. Fans of Empire, which Gary Alfonso, Head of FNG Africa, describes as “a continuous ratings driver for the broadcaster”, will be pleased to know that the show has been renewed for a fourth season, with the second half of its third season returning to SA screens next month. 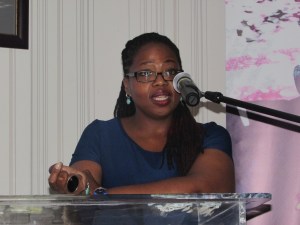 According to Alfonso, “The first word that comes to mind with Fox’s content is premier. It’s one thing being great at entertainment but you need to target to appeal to the audience”. He adds that, “The key word in all of this is relevance. Understanding the value of creating premier content that audiences can relate to. And understanding the relationships that audiences have with that content.” 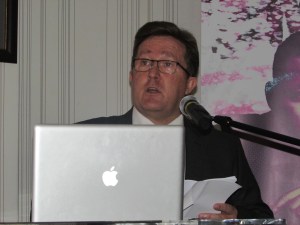 Aside from the programming that Fox is bringing to SA viewers, the other major thing they are doing is working on creating content on the African continent. “Fox has never had content generation in Africa. That’s why we appointed an executive to oversee content, Levern Engel, to promote co-productions, joint ventures and local content positioning. Content production in Sub-Saharan Africa has improved greatly in the past 5 years, but something that has global legs hasn’t been produced here.” Fox is looking to change that.

Another project which Alfonso revealed at the Showcase, that Fox is putting a lot of attention into, is its sports content. They are strongly pushing into covering West African football, an area which Alfonso describes as “the powerhouse of football on the African continent”, both a yearly regional competition as well as more localised competitions including covering local leagues, youth leagues and women’s leagues. On the other side of the continent in Kenya, Fox is looking to increase its boxing coverage, by organising a regional championship.

Alfonso reiterates, “We’re looking at saying what do audiences want and then bringing the relevance. We believe in always bringing people an alternative.”

Other programming which caused much excitement at the Showcase included the second season of Golden Globe-winning show Atlanta; Killing Reagan, a movie story based on the assassination of the US President; and Lawless Oceans, a documentary series in which private investigator Karsten von Hoesslin looks into the murders of four people at sea.

South African viewers have every reason to be excited about the programming on Fox’s channels in 2017, as some great content is on the way!