On the record: It’s wrong to hide retrenchment figures 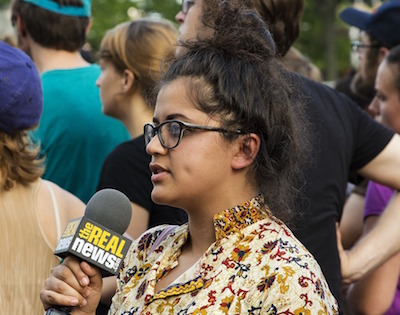 Legacy media is under siege while digital media, despite its continued growth, simply isn’t making the kind of money from advertising that print media has traditionally enjoyed.

Digital requires massive investment to change traditional print media to a multi-platform, multimedia and mobile offering that allows readers to access content anywhere, anytime and on any platform that they choose.

Of course, something has to give when the bottom line simply doesn’t deliver the kind of shareholder returns it did in the past. And sadly, this all too often means human capital – particularly those in newsrooms and editorial centres ­– takes the hit. Not only that, it’s the more expensive human capital – those with experience and benefits and long service records (think medical aid, pension, that kind of thing, which formed part of employment contracts back in the day) – who take the packages offered or are dismissed, in some well-known cases.

My heart sank last week when I heard from a number of sources that Media24 was going through another rash of retrenchments. Its parliamentary bureau was under the knife, slicing the number of reporters from five to two. (In what is going to be a big political year, this seems like a crazy decision.) Top magazines SARIE and DRUM were also being reviewed, they said, and a whole host of photographers might have to turn freelance.

The Media Online is a publication that reports on all aspects of the media. The good news, the bad news, the trends, the commercial side, the editorial side, the different media sectors. The media is our business, and we provide a service to media professionals in South Africa – and Africa – who understand that a thorough knowledge of the media environment is essential to their jobs.

So, of course I immediately contacted a high level boss at Media24 to confirm this story before publishing, and was told in no uncertain terms this was an “operational matter” and therefore no concern of The Media Online. Another head of a media house, when approached for comment on job losses last year, told me they expected more of The Media Online than “rumour mongering”.

This is the kind of response one expects from the SABC. Its employment ‘policy’ under former COO Hlaudi Motsoeneng cut a swathe through its ranks of journalists and producers for any number of reasons, all of which have been extensively reported on despite queries being met with the same response: that staff matters were operational and out of bounds to reporters.

The judge in the latest Motsoeneng appeal disagreed, rejecting the SABC’s argument that his appointment was an “internal matter”. The ‘public broadcaster’ is just that, and what goes on there in terms of certain staff is certainly in the public interest, the Western Cape High Court found.

While the actions of South Africa’s large media houses aren’t bound by a public service mandate, there is certainly a case to be made for them being honest about jobs lost and not just that, but also about the kind of skills they’re looking for in this brave new world.

It IS in the public interest

Wits Journalism’s State of the Newsroom report, which hasn’t been produced for a few years after researcher Dr Glenda Daniels moved departments, traditionally did a tally of the number of jobs lost in newsrooms around South Africa. It also looked at gender representation of editors, at top management and board level. This is important information. It’s not salacious or about rumours, but an important indicator of the state of the media industry. (The good news is there is a new SoN report expected in the first half of this year.)

It’s important for another reason too: There are thousands of matriculants who leave school and want to study journalism. Knowing what skills media houses are looking for is a key element in decision-making. Knowing what jobs were lost is equally important. I know. I have a child who wants to study journalism. Having such information will help guide her decision. Should she study computers first and gain digital skills before going on to journalism? Should she do a degree first? Is going straight into a journalism course still an option or do you need specialist skills? Do you do a journalism course first, and then go on to study data journalism? What are the options?

Knowledge of the sector is a key ingredient in making decisions, whether for youngsters wanting to make a career or professionals in the industry. And one would expect the media houses to be open and transparent about this. Just as they expect the SABC or government to be when questioned. It works both ways.