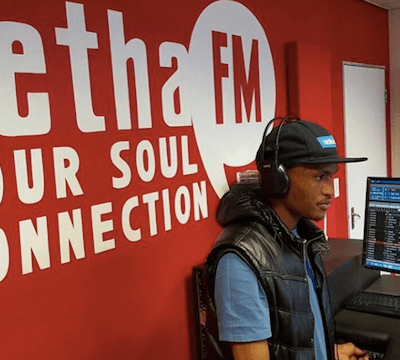 It has taken a year to structure a deal that sees ownership of community radio specialists Abundant Media, better known as The Media Connection, transferred into the hands of a staff trust and a black-owned investment trust.

The Leka Share Asset Trust holds 60% while the 18-member Abundant Media Share Incentive Trust now has 40% of the equity in the new structure.

“This deal is very significant in setting a benchmark for transformation in the sector. I suppose it was not a difficult decision for Abundant Media to move towards this direction because the company has always been structured in such a way that it was representative of the South African diversity. We have always been a level 1 BEE company and we’ve maintained that status because it’s important to us to reflect the ethos and character of the company in everything we do, including at an ownership and participation level,” says new CEO, Nkopane Maphiri, who was a founder of Jozi FM and is former CEO of the Media Development and Diversity Agency.

Judy Milne, who with Joanne Swanepoel founded the company back in 1999, says the “critical need for full transformation became evident after the new MAC Charter regulations were published in May 2016”.

Milne says the company had always prided itself on its willing transformation agenda and had successfully maintained Level 1 BEE status. “In September 2015 one of our black female shareholders passed away unexpectedly and as a result, we became a Level 2 BBBEE contributor. It became evident at that point that we needed to become a 100% black owned business in order to stay relevant in 2017 and beyond in the media landscape in South Africa,” she says.

“So the new legislation helped us make a final decision to pass the baton on to Nkopane Maphiri and to our amazing staff here at The Media Connection, most of them female, who have been the backbone and supporters of the community radio work we undertook way back in 1999. Many of them have been in the business with us for many, many years and they have played a significant role in the fact that Abundant Media (better known as The Media Connection) has been so successful. Without each them we would not be who we are today. Joanne and I thank them for their consistent and excellent performance throughout the years! They have made us look good!”

In 2016, the company reached a significant milestone: It reached the R1 billion revenue mark generated by advertising for community radio stations. But community radio still has challenges to overcome to reach its full potential.

“Community radio has an ever-increasing need for skills development, especially in technical and management areas,” says Maphiri. “These two key skills shortages remain a challenge for us. There is no doubt that the sector is a trailblazer when it comes to programming and its ability to deliver relevant and focused programming to its audiences. Through the TMC Academy we continue to work towards addressing some of these skills shortages,” he says.

Infrastructure too remains a challenge, with many community radio stations operating in difficult conditions with limited resources. “Adoption of new technology is taking place, albeit at a slow pace, however many stations are still lagging behind with broadcasting infrastructure technology,” says Maphiri.

“Through our business unit, The Brand Connection (infrastructure division), we continue to work with stations to build affordable yet advanced technological solutions to help address this challenge.”

Milne, Basil van Niekerk and a “handful of other passionate, committed individuals who believed in the power of community radio” began building the company in 1999 and with the help of a dedicated and committed staff, created a group of businesses that have helped ensure the community radio sector is not just sustainable, but is ultimately profitable too.

Milne says they took the decision in February 2016 to begin “working on the model that would result in the greatest benefit for all the staff here. We trust them to be the caretakers of our legacy that began in 1999…” she says.

The only challenge really, was that we wanted everyone to be involved in the decision from day one and we wanted to know that our decision was going to result in the continued growth of Abundant Media in the long term. This business is a one-in-a-million business and the community radio sector is hugely supportive of our work representing them in a tough economy. The impact of our role cannot be undervalued and we are extremely aware of this responsibility,” she says.

She is confident that in Maphiri, its future and its growth are assured.

“I’ve been in this sector for over 24 years, having started as one of the founders of Jozi FM in 1993,” Maphiri says. “I have learned over the years that leadership is about people and a shared vision. I’m a strong believer in working with people and tapping into their potential. It is through the strength of your team that any leader will succeed. I’m very fortunate to inherit a strong team of committed and dedicated individuals. Together we will build on the strong foundations of the business and continue to strengthen our links with our community stations in order to deliver value to our stakeholders.”

Deep understanding of the market

Maphiri says he and his team will continue to provide agencies with “great service and valuable insights into the markets that our radio stations deliver”.

“ This deeper understanding into our market is critical for clients and agencies in their planning,” he says. “We have invested a lot in our market connection platform that enables us to engage directly with consumers in environments that are relevant. We will continue to package this value proposition for clients and leverage this with what we are able to achieve through on-air activities at stations and build this offering in order to grow our revenue.”

Milne, in the meantime, doesn’t intend leaving for a quiet retirement. She says Joanne and herself will be available to assist Abundant Media with its administrative functions when they require it at an advisory level. “We know that this transition will be made easier if we are close by for a while! And we have already started to upskill staff internally to ensure the continued service we are known for,” she says.

“Moving out of Abundant Media will now give us the time and freedom to put into place some very exciting plans that we have been working on since July 2016. Still community based but not in advertising! Watch this space! Old dogs can learn new tricks!”

The day we started The Brand Connection in 2010 and our first ever job was to precede the 2010 Soccer World Cup Trophy into communities around South Africa in our very first branded vehicle paid for by Coca Cola! We had people in those communities lining up to have their photograph taken next to our vehicle which was branded with a big huge gold trophy! We were so proud! Such a happy time! Now we have fleet of activation vehicles and three outside broadcast mobile studios which we built ourselves and we have our own Sentech channel that can multicast simultaneously to over 200 community radio stations. And many more happy clients!

– We started the TMC Training Academy in 2013 and are now a SETA accredited training facility that facilitates training for community radio stations around the country. We have placed over 200 interns in various radio station since 2015 and we hope through this continued intervention, we will be able to close the skills gap challenge in the sector and help to strength further.

– We moved into our own building in 2015 and we have a gorgeous view of Lanseria Airport and the mountains in the distance!

– We reached the R1 Billion revenue mark generated for community radio stations last year and know that we can continue to contribute for another 20 years! ~ Judy Milne