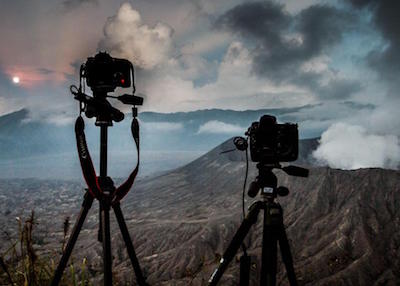 The television terrain in South Africa is definitely seeing a shift, although not as fast as the rest of the world. But African content is making its presence felt, and there’s more in store for 2017.

Television content over the past couple of years has entered a new ‘golden age’ and is no longer considered secondary in quality to films. Thanks to bigger budgets and high production values, we have been able to create groundbreaking shows like War and Peace and Top Gear.

BBC Worldwide offers a diverse slate of top quality scripted and non-scripted formats to broadcasters across the globe. To capitalise on demand for local versions of our shows we strengthened our production and formats businesses in 2015/2016 and partnered with local production company, Rapid Blue.

This is enabling us to bring more quality, locally relevant television to viewers across Africa both through our own branded channels and through third parties. African TV content is making its presence felt and 2017 will see more localised content shown across all of the leading broadcasters with very popular shows coming out of Nigeria, Ghana and South Africa. International broadcasters such as ourselves, are very excited by the rise in local African programming and are focused on localising our popular formats to appeal to a wider audience across not just South Africa but the entire African continent.

A strong presence in Africa is a key part of our strategy at BBC Worldwide and is why we have a local office and team in Johannesburg, an established channels presence and a growing TV sales business. Our partnership with Rapid Blue is an integral part in our plan to increase the amount of local content available to the African audience.

The television landscape in South Africa is definitely seeing a shift, although not as fast as the rest of the world. This is in part due to high data prices and access to wi-fi still being limited in most parts of the country, particularly the more rural regions.

Looking to next year, the television industry across South Africa is likely to see a greater rise in audiences consuming content through video on demand (VOD) services. Up until now it has not taken off in huge volumes in comparison to other markets we operate in, such as Singapore, where our BBC Player is a huge platform for how we distribute our programmes.

It is likely that this slower pace of growth will continue in South Africa as long as data connectivity is expensive for the middle market, and not accessible to low income earners, who make up the majority of South Africa.

A key market, where the television industry is seeing growth and loyalty, is among premium consumers. With its larger disposable income and appetite for high quality programming, this group is a priority audience who have started enjoying the variety and options of accessing and watching television.

Exciting times for TV in Africa

The premium audience in South Africa is a key market for BBC Worldwide for two channels in particular, BBC Earth and BBC First, where we host a large volume of our international content including the global franchises Sherlock and Planet Earth II. To ensure that this vital audience remains engaged with all our channels, we will continue in 2017 to distribute popular British dramas and documentaries. 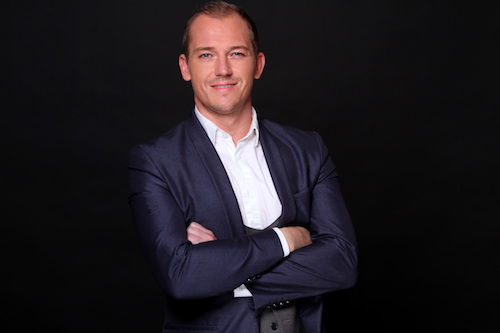 With a population of over a billion people, the African continent has become one of the fastest growing economies in the world and the television industry in South Africa has seen a rapid uplift from the lower income groups. To ensure that BBC Worldwide taps into this growing audience base and resonates with them, it is important that our channels, in particular BBC Brit, showcase programmes rooted in entertainment and humour, and where possible, feature local voices and faces.

Thanks to being the only global market to host all five channels, we are successfully able to reach out to both target audiences and continue to grow the popularity of BBC programmes. Through both an international and localised strategy, we will continue to adapt to the specific trends and appeals of the South African and wider African populous.

It is a very exciting time for the television industry in Africa. Audiences will continue to grow and the rivalry to produce the most entertaining and engaging content that resonates with such a diverse audience will see more and more stellar shows showcased across the continent and globally.

BBC Worldwide has announced that it has sold over 800 hours of world-class British television programming to several leading broadcasters and platforms throughout Sub-Saharan Africa.

Across digital, pay TV and free-to-air platforms, British drama has been the driver, with global hits including Luther, Ripper Street and Call the Midwife being most in demand. In the past four months, BBC Worldwide has secured some of its biggest television sales deals in the territory, with SVOD platform ShowMax purchasing in excess of 250 hours of programming.

Across drama, comedy, natural history and children’s programmes, audiences in sub-Saharan Africa can now look forward to enjoying classics like Absolutely Fabulous and the hugely successful War and Peace. This is the second deal with the SVOD service since it launched in August 2015. Significant sales deals have also been secured with both pay TV and free-to-air broadcasters.

StarTimes, the pay TV operator has bought over 200 hours of drama and comedy programmes, including global hit series Luther, Doctor Who and Call the Midwife.

“It’s an incredibly exciting time for the television industry in Africa. There’s an insatiable appetite for top-tier programmes and BBC Worldwide content, in particular our drama series, are cutting are cutting through the wealth of content available and being recognised as some of the most popular shows across the continent,” said Joel Churcher, vice president and general manager for Africa, BBC Worldwide.

“Showcase will be pivotal for us as a business to capitalise on the influx of popularity for our content and formats and deliver it to an even bigger audience in 2017. We’re also excited to be hosting three new buyers from Africa this year. Iflix a new SVOD service across the continent, NET2 TV a key free to air channel in Ghana, and also new Pay TV platform, Econet Media Group. Each of them will get to see the very best of our new content for 2017 and also some of the best programmes in our back catalogue.”

Africa as a continent has fast become one of BBC Worldwide’s most flourishing markets with a growing demand for quality BBC programmes. South Africa was the first country to carry and broadcast all five channel brands (BBC Brit, BBC Lifestyle, BBC First, BBC Earth and CBeebies) and since their launch in 2015 on MultiChoice’s DStv platform, the appetite for BBC content has expanded rapidly.

As the largest distributor of TV programming outside of the USA, BBC Worldwide Showcase sees the BBC’s commercial arm generate programme sales on behalf of the BBC and independent producers providing a major boost to British television exports.