The blockchain could help advertisers lock up our attention 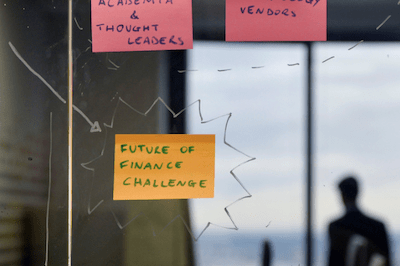 Today’s advertising executives must get familiar with new technology like Bitcoin and blockchain before they are left behind. Hannah Mckay/Reuters


The tech revolution is coming to advertising. Chatbots are replacing humans, big data threatens our privacy, and the blockchain is linking it all together. The Conversation’s series on tech and advertising takes a look at how the industry is being reshaped.

While technology has been making more devices “smart”, and we carry phones with all sorts of sensors, these haven’t yet been systematically applied to advertising’s central problem – engagement. The blockchain, however, will make advertising much smarter.

Traditional advertising – think of posters on bus stops and TV commercials – is easy to ignore and its effectiveness is hard to measure. Even online advertising has problems measuring engagement. But with the blockchain, advertisers will be able to tap into the data in our devices, automatically pull together multiple sources of information, and even offer rewards to consumers.

What is the blockchain again?

Think of the blockchain as a kind of a public spreadsheet. This spreadsheet is stored simultaneously on a bunch of different computers and is encrypted.

When someone transfers a Bitcoin (or anything else you’re trading on the blockchain) the transaction is verified by all of the computers, encrypted and added to the spreadsheet, where everyone can see. The encryption and transparency are what make the system secure.

Bitcoin and other cryptocurrencies, such as Ripple XRP and Ether, sit on top of the blockchain. They can be used as currencies, transferred between people just like normal money. Or they can be used as a kind of token, the transfer recorded to signify when something has been exchanged.

A computer programme known as a smart contract has evolved out of this system. It can execute specific actions when predefined conditions within the blockchain are fulfilled – such as automatically paying a farmer when crops are delivered. But smart contracts could also have huge implications for advertising.

Advertising is going to be more complex

Advertising in the age of blockchains and smart contracts will be something more like an ecosystem. Information and value will flow and be captured in numerous directions. Using smart contracts, many different entities and data streams will be brought together.

Let’s imagine Jane sees an advertisement for a pair of shoes on her smartphone. The advertiser asks that, in exchange for Bitcoin, she reveal her identity by turning on her camera and taking a selfie. She must also allow the advertiser to access her SIM and verify with the phone company that it is indeed Jane who owns the phone. The advertiser would also like to know where Jane is located using the Google Maps application on her phone.

Individually, none of these actions are new. What will be new is having a smart contract to tie it all together.

There are a few implications from this example.

Consumers like Jane will now be empowered to choose whether they want to give up their privacy in exchange for something. Jane could choose to block Google Maps from revealing her location, for example.

Advertisers will know exactly how consumers interact with their ads. By specifying actions for Jane to perform, like taking a selfie after watching an ad, advertisers will overcome the crucial problem of not being able to verify whether people are actually paying attention.

They will also know whether consumers have adhered to every part of the agreement. If Jane does not allow Google Maps to reveal her location, the advertiser will be aware of this and may release only some of her reward. This is an efficient and cost-effective method of piecing together the profiles of customers.

For example, let’s say the advertiser’s request is more ambitious, and Jane decides to reveal she is using a cab from company X and dropping by cafe Y to pick up a latte before going to the shoe store. The original advertisement has now generated value not only for the advertiser but also for those other entities.

Using the blockchain means all parties will have access to information about what happened. The advertiser could collaborate with other companies like cab company X and cafe Y to boost business. They could even demand those companies chip in to cover the costs.

A few years off

At this point we must go through a reality check.

While some parts of this picture are already being experimented with – Nasdaq has built a marketplace to buy and sell advertising on a blockchain, and others are building the tokens to sit on top – technologically and politically we are still sorely lacking.

There are also many digital blind spots that, like missing links among security cameras, allow some actions to go unobserved and unaccounted for during the advertising process.

But it is possible that in the future, once the infrastructure and our societies have caught up, every digital device will be connected to a blockchain-like system so that all digital actions are accounted for. When that happens, advertisers won’t know what hit them.