Unwind and uplug: Time for a digital detox! 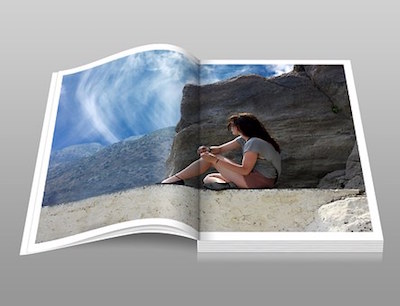 I was rather alarmed to discover that the need to be connected and in touch has succeeded in displacing what Arianna Huffington describes as a “fundamental and non-negotiable need” – sleep.

According the the 2016 Communications Market Report, produced by Ofcom, Britain’s communications regulator, the average adult in the United Kingdom now spends eight hours and 45 minutes engaged with media and communication, and eight hours 18 minutes sleeping.

The UK is a fast-paced and sophisticated media market with nearly 90% of adults having access to the internet at home and almost three quarters owning smartphones. (To put this in context, roughly half of South Africans own smart or feature phones). Add to this broad access, a proliferation of over-the-top (OTT) and on-demand services, as well as high speed data, and there is the perfect recipe for sleep deprivation.

Ofcom also commissioned a specific survey, ‘Coping in a Connected World’ of 2 050 adults and 500 teenagers to better understand UK citizens’ digital habits. Unsurprisingly, daily internet use is pretty universal, with the average user spending 25 hours online each week. Reasons for usage ranged from the earnest – finding out the latest news and keeping in touch with family – to the desperate: preventing boredom. It was also considered an important source of inspiration, encouraging people try new restaurants and travel to different places.

However, there is a recognition that constant connectivity is not entirely beneficial. More than a third of respondents said that they found it difficult to disconnect. Half the adult users admitted they would feel lost without the internet, whilst some sixty percent confessed to feeling “hooked” on it. Some people went so far as to classify themselves as “very” or “completely” hooked, whilst over 40% thought they spend too much time online!

A sizeable proportion of adult users claimed their internet habit was actually having negative effects on their lives. They blamed it not only for their sleep deficits and tiredness, but also for neglected chores and diminished social communication with family and friends; 40% reported that they had felt neglected by a friend or relative who was preoccupied by their tablet or phone. Social interaction and manners were not the only things to suffer: even safety seemed jeopardised with a quarter of respondents recounted having collisions with another pedestrian who was focused on the phone, rather than looking where they were going.

Remarkably there appears to be a growing determination to rein in these habits; close to a quarter of the population are consciously limiting the time they spend “connected”. They are choosing to do so in order to have time to do other things in the real world, and to spend more time with friends and family. The most likely candidates for voluntary digital detoxication were 16 to 24 year olds, with more than half having tried it. On the other hand, some 61% of teenagers had been “digitally grounded” by their parents, quite understandable given that, 60% of surveyed teenagers admitted to neglecting school work because of their attachment to their devices, while 25% were late for school.

Interestingly, those who had attempted some form of detox reported enthusiastically that they felt more productive, found it liberating and even enjoyed life more. Nearly a third of those surveyed had undertaken some form of holiday digital detox, with some leaving their phone at home or selecting a destination with no internet access. Some went to so far as to even find a holiday spot without a land line! Not everyone managed the detox experience easily: 16% experienced FOMO (fear of missing out) and 8% felt anxious.

On the whole, however, it seems as if Ms Huffington may be onto something in her Sleep Revolution manifesto: We should “treat ourselves as well as we treat our smartphones, making sure we sleep until fully recharged”.