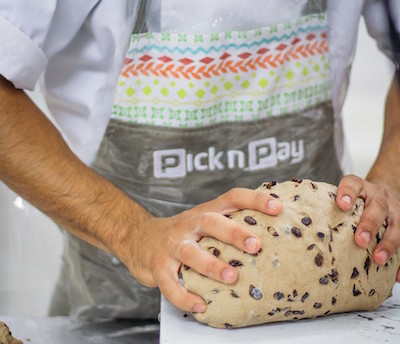 I have long been an advocate of Pick n Pay, admiring and talking up how much they do to both attract and retain customers with their Smart Shopper loyalty programme and their various promotions to create sticky customers.

That was until I was killing time in a reception and picked up a newspaper only to learn that my cash-back points had literally been halved. The basic emotions that immediately set in were disappointment and contempt.

I felt a sense of betrayal – why had they not told me? Well, once I had done a little research it turns out that they had informed me; I did receive an e-mail, but the headline news wasn’t about the halving of the rewards.

Instead, the focus was on ‘Personalised Discounts’ and ‘get the app’ – and then below that, ‘remember you now earn one point for every R2 spent.’ What they didn’t mention was that this was previously one point for every R1 spent, so where they launched the program with much fanfare, there was no real noise or transparency regarding this major change.

Where I initially saw Smart Shopper as a true win-win for both the retailer and the customer, reading between the lines this move appears to be more business than customer focused.

That said, I decided to check out the personalised discounts – and yes, their data was very good; they definitely know what I buy, and the discounts offered were very attractive. I downloaded the app – but then saw that I need to redeem the vouchers before they expire; so for me it’s all a bit of a schlep. Plus I now feel that I am being cajoled and pushed with messages of ‘don’t miss out’ and ‘get moving’ and then there are the 100 other specials that are being shoved at me…

Where I initially saw Smart Shopper as a true win-win for both the retailer and the customer, reading between the lines this move appears to be more business than customer focused. The initial customer responses echo this sentiment, most having been less than positive with comments ranging from “I’m off to Spar” to “More down ratings” to “Junk status”.

With estimates of 10.7 million* card holders the Smart Shopper is said to be South Africa’s largest loyalty programme by member numbers. I would guess that the large majority will remain as I was, ignorant to the fact that the basic offer has changed dramatically, and that there will be little impact in the short term.

However the primary objective of a loyalty programme is that of customer retention, and here only the long term will confirm the status of the Smart Shopper card. Clearly the success of the business is the primary driver, but as with most things in life it’s not just what you do, it’s how you do it – and the customer experience should never be overlooked.

Clive Evans is a strategist at The Strategy Department.