LATEST NEWS
Home Digital After the ‘Facebook Files’, the social media giant must be more transparent

After the ‘Facebook Files’, the social media giant must be more transparent 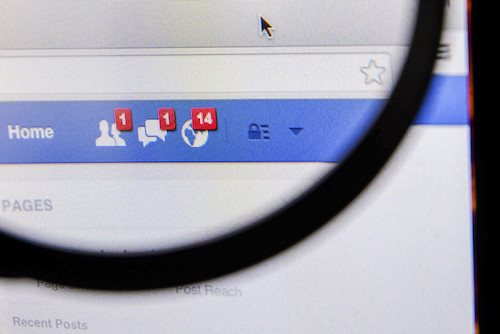 Most people on Facebook have probably seen something they wish they hadn’t, whether it be violent pictures or racist comments.

How the social media giant decides what is and isn’t acceptable is often a mystery. Internal content guidelines, recently published in The Guardian, offer new insight into the mechanics of Facebook content moderation.

The slides show the rules can be arbitrary, but that shouldn’t be surprising. Social media platforms like Facebook and Twitter have been around for less than two decades, and there is little regulatory guidance from government regarding how they should police what people post.

In fact, the company faces a significant challenge in trying to keep up with the volume of posted content and often conflicting demands from users, advertisers and civil society organisations.

It’s certainly cathartic to blame Facebook for its decisions, but the true challenge is to work out how we want our online social spaces to be governed.

Before we can have that conversation, we need to know much more about how platforms like Facebook make decisions in practice.

The secret work of policing the internet

Apparently weighing in at thousands of slides, the newly published guidelines give some more detail to the vague community standards Facebook shares with its users.

Most of the documents are training material for Facebook’s army of content moderators who are responsible for deciding what content should go.

Some of the distinctions seem odd, and some are downright offensive. According to the documents, direct threats of violence against Donald Trump will be removed (“someone shoot Trump”), but misogynistic instructions for harming women may not be (“to snap a bitch’s neck, make sure to apply all your pressure to the middle of her throat”).

The rules appear to reflect the scars of legal and public relations battles Facebook and other social media platforms have fought over the last decade.

The blanket rule against images of nude children had to be changed after Facebook controversially banned the famous image of Kim Phuc fleeing napalm bombing during the Vietnam War. After years of controversy, a specific procedure now exists so people can request the removal of intimate images posted without their consent.

Because these rules develop over time, their complexity is not surprising. But this points to a bigger problem: without good data about how Facebook makes such decisions, we can’t have informed conversations about what type of content we’re comfortable with as a society.

The need for transparency

The core problem is that social media platforms like Facebook make most decisions about what constitutes acceptable speech behind closed doors. This makes it hard to have a genuine public debate about what people believe should be allowable to post online.

As the United Nations’ cultural organisation UNESCO has pointed out, there are real threats to freedom of expression when companies like Facebook have to play this role.

When governments make decisions about what content is allowed in the public domain, there are often court processes and avenues of appeal. When a social media platform makes such decisions, users are often left in the dark about why their content has been removed (or why their complaint has been ignored).

Challenging these decisions is often extremely difficult. Facebook allows users to appeal if their profile or page is removed, but it’s hard to appeal the moderation of a particular post.

To tackle the issue of offensive and violent content on the platform, Facebook says it will add 3,000 people to its community operations team, on top of its current 4,500.

“Keeping people on Facebook safe is the most important thing we do,” Monika Bickert, head of global policy management at Facebook, said in a statement. “We work hard to make Facebook as safe as possible while enabling free speech. This requires a lot of thought into detailed and often difficult questions, and getting it right is something we take very seriously”.

But without good data, there is no way to understand how well Facebook’s system is working overall – it is impossible to test its error rates or potential biases.

Civil society groups and projects including Ranking Digital Rights, Article 19 and the Electronic Frontier Foundation’s OnlineCensorship.org have been advocating for more transparency in these systems.

Facebook and other social media companies must start listening, and give the public real insight and input into how decisions are made.