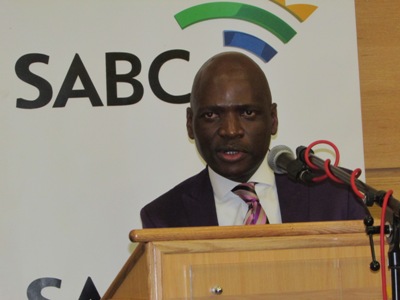 The Chairperson of the SABC’s external disciplinary hearing against Hlaudi Motsoeneng has postponed it until next week Wednesday at 18:00.

The SABC said in a statement that the disciplinary hearing was dealing with the issues that Mr. Motsoeneng raised during that press conference.”

The hearing began yesterday. It was called after Motsoeneng addressed a press conference on 19 April 2017, held at the Garden Court Hotel in Milpark. The gathering was arranged and co-ordinated by the Friends of Hlaudi Movement. He tore into the SABC’s interim board, questioning their impartiality and integrity.

He also defended his introduction, overnight, of a 90% local content quota, now believed to have contributed to the public broadcaster’s financial woes. The SABC’s advertising revenues dropped, and musicians are owed millions, Parliament heard this week.

The SABC said in a statement that the disciplinary hearing was “also dealing with the issues that Motsoeneng raised during that press conference”.

The SABC finished presenting its case against Motsoeneng after which his legal representative, Zola Majavu, requested a postponement.

The reasons given were:

·         Recusal of the Chairperson of the disciplinary hearing;

·         Apply for protected disclosure at the CCMA of the information that was said at the press conference;

·         Interdicting the process through the Labour Court.

During the hearing, Motsoeneng’s lawyer, Advocate Andy Bester, argued that the committee had no jurisdiction to hear the matter because the comments Motsoeneng is being charged for fall under the Protected Public Disclosure Act.