LATEST NEWS
Home Broadcasting Hlaudi Motsoeneng, the ‘rose from the concrete’, goes on the offensive

Hlaudi Motsoeneng, the ‘rose from the concrete’, goes on the offensive Former SABC acting chief operations officer Hlaudi Motsoeneng just won’t go away. In fact he came out firing at a press briefing held on Wednesday. His targets included members of the interim SABC board, people opposed to the 90% local music quota, and those that believe the public broadcaster’s financial woes are a result of him and his policies. Michael Bratt attended the briefing to find out more.

Defiantly declaring that “I don’t need the SABC’s permission to talk, I answer to the people”, the man, who was described during the presser as the “rose that grew from concrete”, certainly had a lot on his mind. And he certainly still draws an audience, with the cramped room at the Garden Court Milpark Hotel packed to over-capacity.

But those attendees had to be patient, as not only did the presser start 30 minutes late, but there was an hour of praise-singing by some members of the music industry who reiterated their support for “the people’s COO” and spouted the benefits of the 90% local content quota.

These include South African artists finally getting the recognition and rewards they deserve for their work, and an increased ability for them to support and look after their families. It turns out the presser was not called by Motsoeneng, but rather by the ‘Friends of Hlaudi’ movement hoisting hashtag banners such as #friendsofHlaudi and #HandsoffHlaudi. 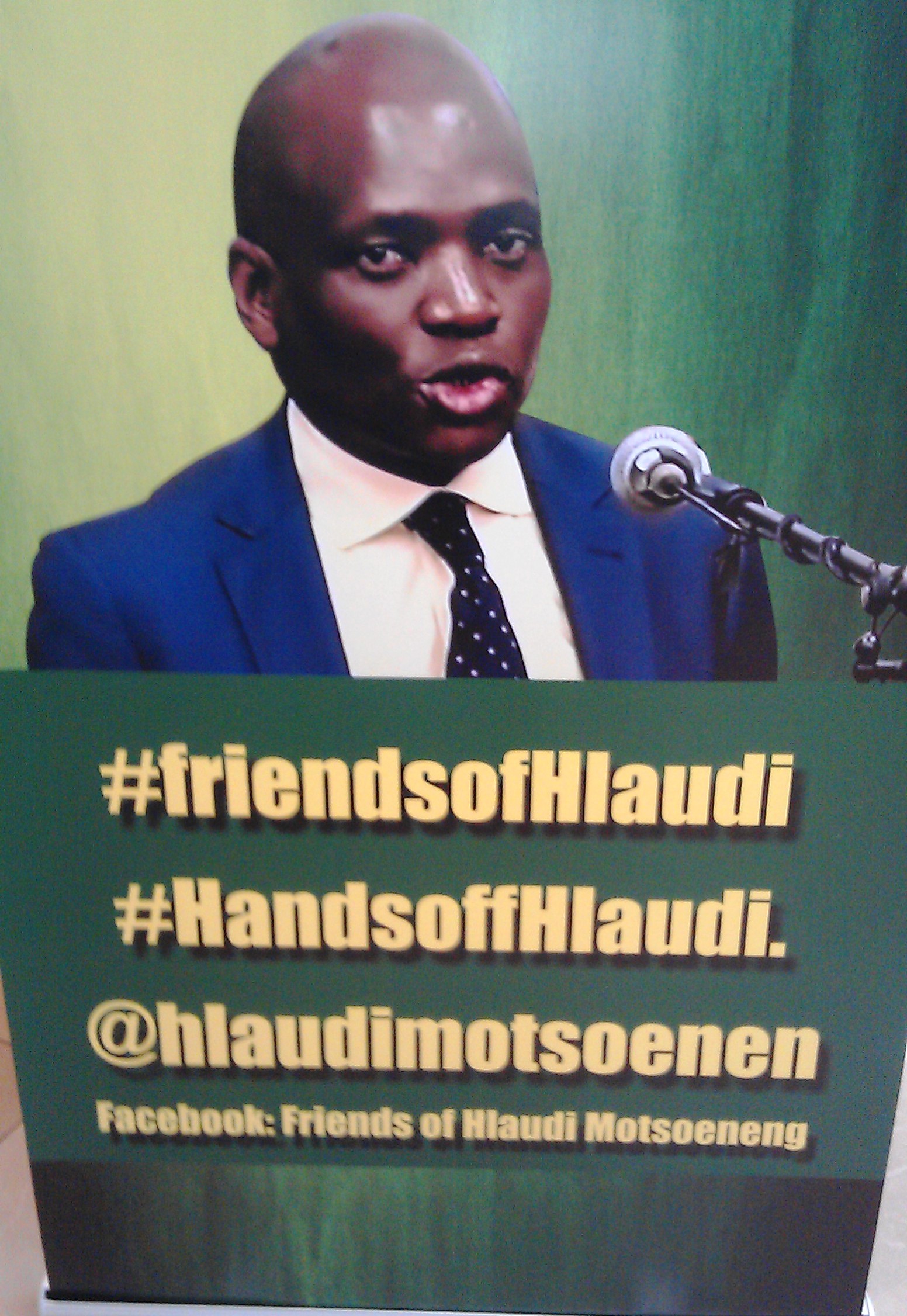 When Motsoeneng finally took to the podium, he did not hold back. “There is only one Hlaudi in South Africa”, “What you see is what you get” and “I am unapologetic about anything I have done at SABC” was just the start of his one-man show. But he added another string to his bow by talking about his upcoming and long-awaited disciplinary hearing: “I will walk this disciplinary hearing because I have done nothing wrong. I am excited and will enjoy it,” he said.

He admitted that he did not know the date of the hearing and would not reveal whether he was still being paid his full salary (estimated to be around R350 000 a month) by the cash-strapped public broadcaster in the meantime. “Ask the SABC that,” he challenged journalists. He would also not be drawn on speculating about his future. When asked what he planned to do should the hearing go against him, he replied: “I will decide my next move after the hearing. My future is in my hands, no one else will tell me what to do or where to go”.

In the meantime, he said he was enjoying life, spending time with his family, taking his kids to school and cracking jokes.

Moetsoneng again defended the 90% local quota policy the SABC had implemented (no surprises there) saying it had helped local artists immensely. He also questioned how much SABC audiences have declined, as people have been saying they are doing, as well as who did the research. He vehemently claimed SABC could not scrap the policy as it benefited South Africans and he called for Communications Minister Ayanda Dlodlo to institute the quota for all broadcasters. 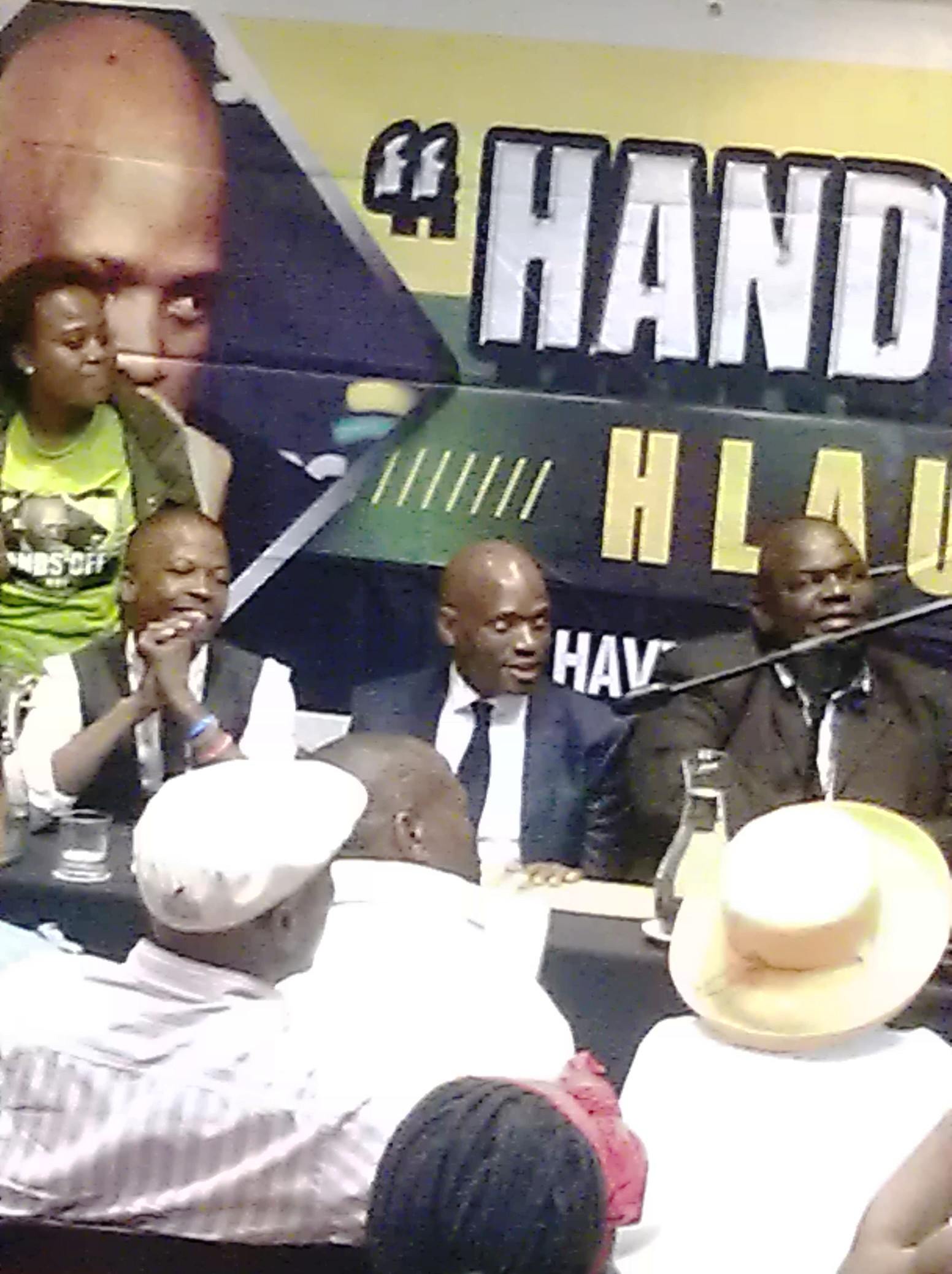 Lashing out at Naidoo

Motsoeneng also touched on the subject of the interim SABC Board, lashing out in particular at Krish Naidoo. He called Naidoo a sell out, said he lied under oath in Parliament and questioned why Naidoo was a member of the board when he was a member of the old board which was disbanded and when Naidoo worked at Luthuli House. Moetsoneng also implied that another board member had a conflict of interest which they did not declare. But he clarified that he was not calling for the new board to be disbanded, just rather to be vetted properly (echoes of former minister Faith Muthambi’s attempts to delay the board’s work by insisting on increased scrutiny by security services). Motsoeneng said the SABC board should not be appointed by politicians, rather by citizens and that it should be chaired by a retired judge.

The state of SABC’s financials

Of huge interest not just to media but to the South African public at large is the public broadcaster’s financial woes. Moetsoneng reiterated that he would not comment on the current financial situation of the SABC as he was currently suspended and was not speaking for the SABC during this briefing. All he would say on the matter was, “When I was at the SABC there was money there, an audited amount of R800 million to be exact. It takes R600 million to cover the operational costs”. He also reiterated that the SABC should be considered differently from other media organisations, because it had to fulfil a public mandate which made commercial gains nearly impossible. He added that other broadcasters, such as e.tv, were also financially struggling.

Part of the presser was clarifying the SABC MultiChoice deal, which Moetsoneng said was all legal and valid. He admitted that money from pay TV funded the SABC’s employees and their work, but that this deal was how broadcasting works. He said the SABC held the rights, not MultiChoice, and any advertising revenue came to the public broadcaster, not MultiChoice.

No chance to defend myself

Motsoeneng also re-emphasised that he was not given a chance to defend himself during the work of the ad-hoc committee in Parliament and said there was a clear agenda at play during the proceedings, targeting Hlaudi. Bizarrely, Motsoeneng also said Muthambi “did good things” for the SABC.

Hlaudi getting into politics?

The presser did sidetrack numerous times and one of the most noticeable instances was when Motsoeneng shared his views on the current state of South African politics. He advocated for a reduction in the number of political parties in Parliament, saying MPs were paid to just make noise and added no real contribution to proceedings.

He said debates in Parliament failed to add value for the ordinary South African citizen. When asked whether he was heading into politics, Motsoeneng said he wasn’t – at the moment – because he was supporting the first woman candidate who is in the running for the Presidency spot, though he did imply that it was a possibility in future. He added that South Africans should respect President Jacob Zuma, allow him to see out his term, and stop calling and protesting for his removal. He also shared his views about social policies in South Africa, saying “we are creating a lazy nation by giving everything to the people for free”.

For more on what Hlaudi Motsoeneng said and what else happened during the press briefing, follow Michael Bratt on Twitter @MichaelBratt8 and check out his live tweets from the event.