Making a bit of brand love

Posted By: Marthinus Van Loggerenbergon: May 11, 2017In: Advertising
Print Email 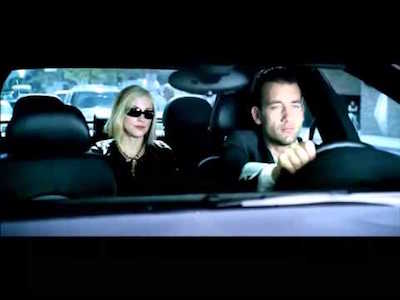 “Prove yourself brave, truthful and unselfish and some day you will be a real boy.” Pinocchio, Disney animation film, 1940

Branded entertainment, a particular offshoot of content marketing, can be defined as a communication effort that employs a compelling authentic narrative to achieve brand resonance.

These campaigns and many more of the same stature have shown that branded entertainment can achieve strategic brand building success by means of resonance that has the ability to establish an emotional connection, evoke engagement, create a sense of community around the brand and propel intended loyalty.

The voice, character, value set and propositions of the brand, being the author, constitute an unyielding sense of authenticity in branded entertainment narrative.

Björn Engström, copywriter and senior partner at Forsman & Bodenfors Gothenburg, who was one of the creatives behind the Volvo Trucks Live Test Series (who can forget The Epic Split featuring Jean-Claude van Damme?), says unequivocally that the brand’s identity ought to be “deeply integrated” into the narrative; that is, to sit at the heart of the narrative.

“That is authenticity; that what the brand stands for, what it has done in the past and some property that it is associated with in the present. I think those are just fundamental things”.

A narrative must always be built on a truth, and that truth comes from the inside. Matthew Pullen, senior art director at RPA Santa Monica, stands firm in his belief that the idea of a branded entertainment piece should be central to the brand and if so, target audiences would be more prone to want to engage with the brand. He says of branded entertainment: “Authenticity is so important in what you do”.

Be original with a high consideration to craft

Originality is a non-negotiable. It should be the genesis of a good idea. Because many brand communication decision makers are risk averse, too many branded entertainment initiatives try to copy the recipe of benchmark case studies, seriously harming the credibility of a brand.

On the bright side, Amr Darwish, managing director at Leo Burnett Cairo, says, “Being completely original can create a phenomenon never seen before and set a trend in industry”, referring to the run-away success of Dumb Ways to Die that stepped into the role of a multi-disciplinary, long-term focused entertainment brand.

Red Bull and Nike also stand strong in this regard being brands that can almost be reckoned as entertainment franchises built on original, compelling, identity-based narratives. The integrity that supports the originality proposition leaves fertile ground for a careful consideration to craft, showing a sense of “love” for the production and inadvertently bestowing authenticity status on the author.

Be sincere towards the target audience

One can almost smell the desperation of a brand approaching branded entertainment with a commercially-led mind-set instead of leading with a human-centric narrative that is sincere towards its target audience; a target audience that expects utility in the form of content that entertains.

Despite any attempt to make the narrative compelling, chances are good that insincere branded entertainment may come across as contrived and fail at landing a sense of authenticity.

Over and above creating something of a high entertainment value, a brand should come across as being honest to want to entertain, that is, it should not feel that there is a “sinister motive” behind the entertainment, says Damien Eley, ECD and founding partner at Mistress Los Angeles. He adds, “Being true to the customer is the guiding light”.

Many branded entertainment planners and creators are of the belief that the brand should be cautiously and delicately interwoven into the narrative as a general rule of thumb.

But it does not have to be the case, says Jaime Robinson, co-founder and COO at New York-based Joan Creative. A target audience that is in the right mind-set to receive a highly engaging branded entertainment piece would applaud the brand responsible, inviting the brand into the content.

Robinson and Engström agree that if the brand or product seamlessly fits into the entertainment in such a way that it complements the entertainment; the audience will not find it insincere, making it very likely to connect with the brand.

A coherent narrative with a sense of fidelity and genuineness has proven to be the potter of plausibility. Motivation also plays a role. Aste Gutiérrez, creative director for Nike Regional at BBH Asia Pacific Singapore, expresses that the motivation in the narrative ought to be plausible; that is for the brand’s motivation and a character or storyline’s motivation to be in sync.

Pullen is of the opinion that branded entertainment would only be deemed as believable when brand centricity intercepts authentically with narrative truth whereby a high propensity for target audience engagement could be evoked.

James Mok, executive creative director for FCB Asia Pacific, believes entertainment narratives that allow the opportunity to communicate a “deeper understanding of what it is that consumers are looking for” in relation to the way in which the brand or the product can contribute to their lives, makes for powerful emotional connections.

To make the narrative compelling, according to Darwish, when resonant branded entertainment builds emotion into the “core” of the narrative then the brand will succeed at something that … will talk to people’s hearts”.

A strong emotional connection can be brought about by aligning the brand’s authentic self and that of the target audience. It has also been proven that narrative carrying a deep sense of emotional meaning to a target audience should evoke engagement, can create a sense of community with likeminded brand believers and even establish intended loyalty by means of expressing interest in a brand, brand preference or increased purchase consideration.

The most powerful connection lies in a brand that really gets to grips with a target audience’s set of beliefs, attitudes, motivations and values, knowing where to hit to emotional sweet spot.

The key finding from our experts: Branded entertainment with potential for resonance ought to make authentic narrative its central point of gravitas as a discipline for strategically sound brand communication towards resonance.

To make it compelling is a given; a bit of unconventional wisdom, a sound creative process and a heck load of fearless passion goes a long way.

However, an authentic narrative, as often the unsung hero, ought to move into the spotlight by diligently employing the five outlined characteristics that should stand as a firmly united set for deliverance of memorable, endurable and resonant branded entertainment; for branded entertainment that receives encores.

Be brave in creating the most daring, most original. Be truthful in being genuine; be “for real”. And be unselfish and sincere. That’s the only way how Pinocchio can become a real boy.

And the branded entertainment winners are…

BMW’s The Hire, Johnny Walker Blue’s The Gentleman’s Wager and Metro Trains Melbourne’s Dumb Ways to Die have proven to be highly sought after branded entertainment. All three of these multi-celebrated communication initiatives recently reached sequel or rather, encore status;  warmly received and proven to be equally as successful as their debuts.

Their innate ability to successfully negotiate and conquer a highly complex and competitive mediascape can certainly be commended. But how did they actually do it? It seems that all had the innate ability to create skilful stories that harnesses influencing power around the brand’s value set and purpose and, more importantly, could connect and resonate, making for a bit of brand love.