Pressing on a massive mobile movement

Posted By: Lucinda Jordaanon: May 29, 2017In: Mobile
Print Email 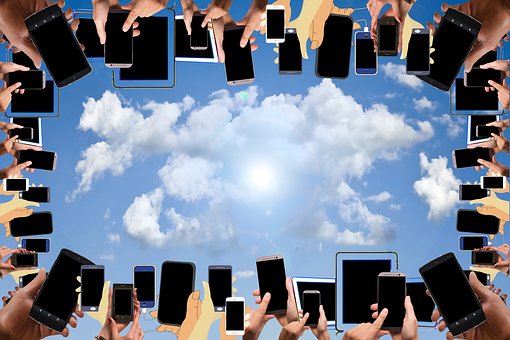 The figures may be dismal for most, but local legacy newspapers are diehards, and they’ve been upping their game to remain in the playing field, with many taking their battle to mobile.

It’s hardly a new story: A comparison of ABCs for newspaper circulation from 2015 to 2016 shows an overall drop in circulation totals across the board. While some titles actually showed nominal growth over the same period, the question is no longer whether newspapers are dying, but at what point they will stabilise. Because the upside is that we’re still an info hungry nation. The only difference is in how we’re consuming our news – and who’s serving us the best bites.

In the United States, more than 80% of people are engaged with newspaper digital content, and more than 70% of Australians and Canadians read a newspaper via digital device. News brands reach 70% of the United Kingdom population across online, tablet and mobile.

South Africans are no exception: At last count (February 2017) over 66% unique browsers did so on mobile. Significantly, the country’s top 10 websites are mainly established news portals, with two e-commerce sites (Gumtree and Autotrader) and one (Sport24) dedicated to sports news.

Fortunately, they’re not lagging behind on leveraging on News24, South Africa’s most popular online news site – which also tops the list for online in general, with 5.9 million unique browsers. The site is so clearly focused on their mobile offerings, they’ve brought it into theirs newsroom, too.

“About 80% of our traffic is mobile – the desktop decline was much quicker than we thought,” confirms News24 editor, Adriaan Basson. “We have two mobile offerings: Mobile web and our News24 app, and we’re focusing on mobile. In our offices we put up mobile screens – literally, a vertical TV screen – so everyone can see and we can remind ourselves of what our readers see – it looks very different to a desktop screen. We’ve also appointed a full time mobile editor, who will ensure we run stories differently, on different media. So we’re taking this very seriously.”

The short and long of a good read

Basson blows cold water on the general perception that long-form content is not suitable for mobile. “What has proven interesting is how people read on mobile. The perception that they only want short, bite-sized reads is not true – people are ready to engage with longer content on mobile as well.”

It’s a conception Times Media Group’s Lisa MacLeod agrees with. “Digital is not separate from print: Journalism is journalism. What is changing is the pace, the frequency and the variety of storytelling forms at our fingertips.” MacLeod, former general manager of digital strategy at Media24, has been at the forefront of TMG’s digital turnaround, which started in late 2015 with a massive investment in human and operational capital. Today, TimesLive is second only to News24, with 3.6 million unique browsers.

“We are continuously working to innovate in what is a difficult and crowded market,” says MacLeod. “As news events come up in the calendar we try to respond with mobile-friendly products to address them: Like the elections or matric results which both brought excellent engagement from readers and advertisers. The latest product we have is the BusinessLIVE Premium option on BusinessLIVE. We have taken the best of SA journalism from our flagship business titles: Business Day, Financial Mail, Business Times and Rand Daily Mail, and packaged it together with the best of international business from the Financial Times and Wall Street Journal for between R120 and R349 a month depending on access level. The sites are mobile friendly, responsive and beautifully designed, the payment process is simple, and so far we have surpassed our targets for subscriber numbers.”

TMG’s consolidation of their flagship business titles onto one digital news offering (BusinessLIVE) or sub-brands (SowetanLive) is a strategy adopted by most local news groups, confirms Marc du Plessis of cross-channel advertising and media sales company Spark Media. “We’re finding that a combination of print and digital under the same newspaper brand is incredibly powerful – we do, however, remain challenged by understanding what our combined reach of each community is now at with print and digital. We know that it has grown, and we do commission research from time to time to understand the cross over readership and the combined reach increases.“

While that data is still forthcoming, all major news houses have focused on a multimedia approach to storytelling. News24, TMG and Independent Media all restructured their newsrooms to effect a digital-first approach, with dedicated videographers and video editors and journalists now trained to shoot video and curate viral feeds.

“We brought in young digital natives and provided them with Mojo and multimedia storytelling training and the results have been phenomenal in that our newsrooms have adopted this multimedia approach to enhance storytelling and provide our audiences with a complete user ‘experience’ rather than just a 1200 word story,” says Viasen Soobramoney, group head of multimedia at Independent Media.

“Our recent campaigns around the commemoration of 16 June won the WAN-IFRA Digital Media Award for Best use of Online Video for some of the content we produced. But most importantly, the audience participation in these campaigns driven through video and social media gave us massive traction. Our philosophy at Mojo is to produce the right content, for the right audience, on the right platform, so all our content is platform specific, which adds to the engagement. Our forays into the Chat App space, live video and augmented reality are also major drivers for the uptake from our audiences.”

Like their global counterparts, local news publishers have been aggressively transcending the divide between print and digital, investing in numerous diversification strategies to up revenue – from e-commerce, eventing, digital marketing and, of course, using video to up ad revenue.

They’re also tapping into immersive content, with TMG’s MacLeod confirming various virtual reality projects in the works. “We distributed 15 000 cardboard headsets with the launch of Wanted in November, and advertisers are interested in using our print footprint to distribute glasses and our digital footprint to distribute the content. It’s a 360 win-win and absolutely a knockout for property and auto advertisers especially,” she adds.

Adding up the revenue

So when will this translate into equitable ad revenue?

While advertisers are investing more in digital advertising, Facebook and Google are snapping up the revenue. “What we have to do as well as them is target readers based on interest. So we are continuously improving data and offerings to our advertisers.

That said, we have seen some interesting campaigns: Mercedes Benz – bought space on our site, and we’ve partnered with Woolworths for sponsored content with a feature recipe or fashion tip in our mobile stream. So some advertisers are getting it, coming to the party.”

Acccording to Gustav Goosen, CEO of The SpaceStation, a digital media sales company and head of research for the IAB SA, “We’re definitely seeing a shift of ad budgets, but it’s not keeping up with mobile growth. We’re seeing mobile ad spend grow close to 100% year on year, but still, even at this rate, it’s not catching up with mobile consumption and audiences. I think the acknowledgement that audiences have migrated to mobile is coming through louder than ever, but cracking “the code” on how to maximise the value mobile could contribute remains a challenge.”