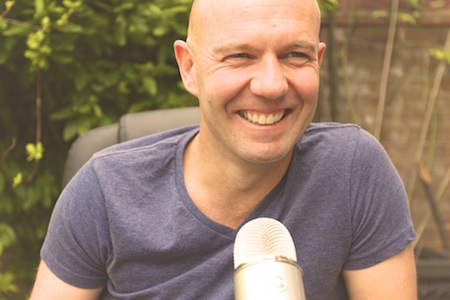 Podcasting, says London-based South African entrepreneur, Jacques Basson, is the “go-to digital medium for self-development”. It is the prime digital real estate that speaks “directly into your audiences ear”.

“It’s very intimate and more personal. It’s also very niche and niche is the name of the game for any business in the 21st century. Customers don’t like being a number and social media has given everybody a voice and they want to chat and engage,” he says. At the same time, he adds, “more and more new cars have internet access, which means that in the next few years (when all cars have internet access) podcasting will be the new radio as you will have the option to ‘preset’ your podcast stations in the car and access them with complete ease and comfort. You can listen to exactly what you want, when you want”.

His response was to launch Klipkouers in 2016, a podcasting series in which he interviews well-known successful South Africans such as Kobus Wiese, Louis van der Watt, Rohan Vos and Gert-Johan Coetzee. The interviews are designed to pass on the experience, knowledge and expertise of his subjects, which Basson then shares with his online community that now includes thousands of subscribers and over 90 000 people on Facebook.

“I had to make sure I asked the right questions in order to extract practical and relevant business advice within a 30-minute interview,” Basson explains. After he developed the idea, Basson realised he had to get a big name to launch the platform. Wiese, he says, gave him “more credibility and authority as the new kid on the block”. 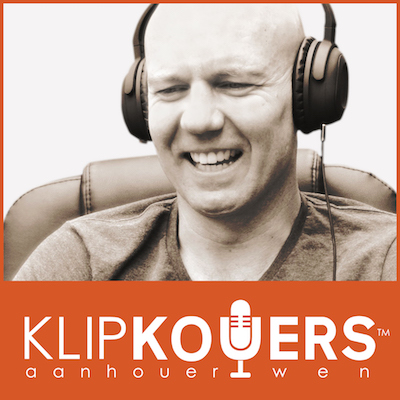 Basson says social media marketing played a critical role in publicising Klipkouers, especially Facebook marketing, which, he says “is the most powerful social media platform and will become more powerful for both B2C and B2B businesses. Facebook has now overtaken Google as far as number of searches is concerned. I have used Facebook very successfully to grow my audience”.

But it hasn’t been an easy ride. Firstly, Basson had to invest heavily in his dream, and it’s an “ongoing investment”, he says. But, he adds, he’s pleased to spend British pounds with South African service providers and play a small part in creating jobs.

“It’s the time required however for the podcast, which I underestimated, especially if you are serious about being consistent and providing a quality production every week without fail and, of course, experimenting to raise your game. It takes up at least 90% of my time,” he says.

Making it tougher still is that podcasting is still young in South Africa, something Basson attributes to the cost of data and the limited availability of reliable free wi-fi. “It’s early days for e-commerce and digital mediums such as podcasting in SA and that’s all the research I needed to take the leap. It’s obvious what is coming as it’s a matter of time before cellphone data and wi-fi will be free and easily accessible as in Europe for example,” he says.

Nevertheless, his Facebook page has an average reach of 40 000 per month with 6160 likes and counting. His subscribers are growing by 250 a week, which Basson is happy with, “Bearing in mind that this is a niche, business loving audience”. Corporate sponsors and subscription based products are the most prominent vehicles for monetising the service, he says.

Basson believes digital vehicles such as podcasts enables you to build a close relationship with your audience as you are constantly engaging (two-way street) with your audience”. It’s certainly proved a successful strategy for Klipkouers.

This story was first published in the April 2017 issue of The Media. Click on the cover to read. 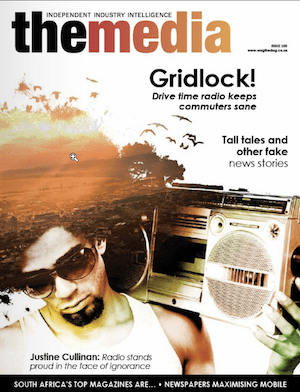