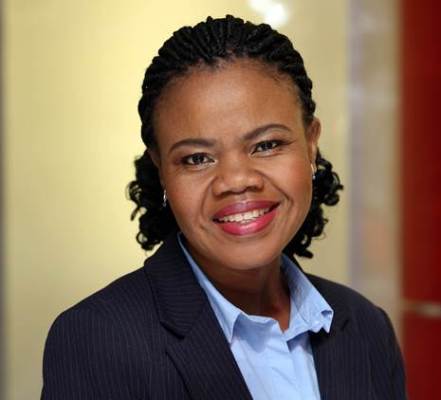 Television news channel eNCA has appointed Mapi Mhlangu as its new managing director and editor-in-chief, effective 1 July 2017. She takes over from Anton Harber.

Mhlangu joined the channel in 2009 and served in various capacities in the eMedia Investments organisation, most recently as eNCA’s news director. In that position she was principally responsible for all operations, editorial and technical.

“She brings a wealth of experience at both the coalface and executive management levels of news production,” eNCA’S group head of corporate affairs, Vasili Vass, said in a statement.

Speaking on her appointment Mhlangu said, “I’m honoured to be entrusted with the responsibility of leading this news organisation and its talented employees at this critical time in South Africa and its newsrooms. There is a pressing need for news media to ensure that citizens are adequately informed, so as to engage the state and to ensure that the benefits of freedom are realised. South African viewers have consistently indicated that eNCA is their trusted source for independent news and analysis which is accurate and unbiased. I look forward to navigating through the challenges ahead with our dynamic team”.

In the statement eNCA thanked Harber for his contributions to both the channel and the newsroom saying he had “provided mentorship and nurtured news leaders within the organisation”.

Touching on his departure Harber said he was handing over the reins with eNCA’s audience and advertising revenue strong and growing, “and I think this provides a solid foundation for Mapi and the excellent newsroom team to build on. eNCA is a crucial South African institution, one of the cornerstones of independent journalism, and its role is going to be more important than ever in coming months. I am confident that Mapi is well placed to build on this”.

eMedia Investments chief operating officer Mark Rosin said Mapi’s  20 years of news media experience, and almost a decade at eNCA, meant the company had “full confidence that eNCA will continue to thrive under Mapi’s editorial leadership.  In 2015, we spoke about the ongoing transformation of eNCA and its newsroom and Mapi’s appointment is testimony to that intention”.