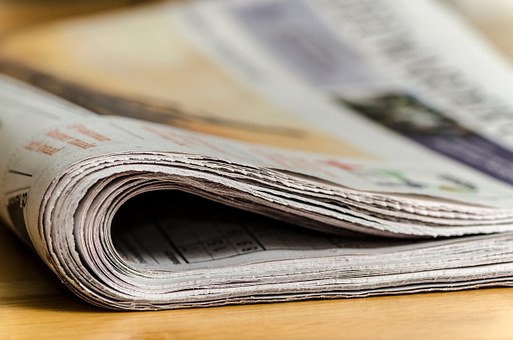 OPINION: Something that I personally appreciate about Naspers is that it is a company that provides irrefutable proof of my almost decade-long argument about newspapers having no option but to get into the digital space.

Decades ago, when Naspers was well into a multi-platform digital mission, just about all the other newspaper groups in South Africa merely popped their heads gently out of their morass of denialism and joined the digital revolution by designing websites and giving away their content for free.

Even today, Naspers is one of the few ‘newspaper’ groups that actually understand what the digital era is all about. I put the word ‘newspaper’ in quotes because Naspers actually isn’t really a newspaper group anymore. Sure it produces some very good newspapers but these scarcely get one line in the Naspers annual report and their relative contribution to the company’s bottom line gives a completely new meaning to the word insignificant.

It has left its South African, and many global, competitors choking in the dust of its high-speed transformation.

Just what has Naspers done that the other newspaper groups haven’t?

In short. What Naspers does that newspapers groups don’t is that they use digital platforms to grow followers and then they sell those followers stuff.

Well, they first of all collared the subscription TV market and in spite of harvesting a litany of complaints about the high cost of DStv subscriptions, the company continues to grow its subscriber base even though the country is in the throes of economic anguish. The thing is, if one is a sports fan, as most South Africans are, then you actually cannot do without the premium DStv package because that’s the only way you’re going to see sport on TV. Interestingly, I don’t come across many sports fans that complain about the price because if one compares the monthly DStv subscriptions with the cost of actually attending major sports events, watching it all on TV is by far the cheapest option.

But frankly, the Naspers investment in subscription television, nor its highly successful online news products, such as News24.com or even its profitable online stores in South Africa, don’t really match the massive returns Naspers gets from abroad. Its holdings in China and now the United States contribute far more than its local investments.

In short. What Naspers does that newspapers groups don’t is that they use digital platforms to grow followers and then they sell those followers stuff.

It’s quite simple really but amazing how many print and even online news publishers are sitting on goldmines of subscribers but don’t think to sell them anything. They argue that news is their core business. Which it isn’t. Their core business is making money and nowadays news is merely the bait to draw consumers in to an online world of myriad products. Of course they will argue that they don’t have the expertise or resources to distribute and market products.

The things is that today, you don’t need to have any of those skills or resources, you just have to work with companies that have everything except the captive market of news subscribers.