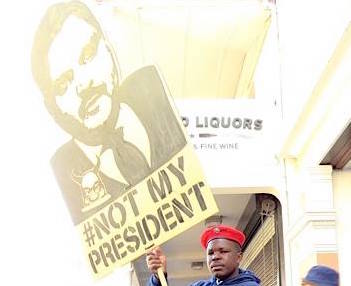 Controversial UK public relations firm Bell Pottinger reportedly appointed an international law firm to undertake an audit into wide-ranging allegations of stoking racial tension in South Africa as part of a campaign to deflect criticism away from president Jacob Zuma and the Gupta family.

The Financial Times and PR Week reported that Bell Pottinger has commissioned a law firm to undertake an “audit” of the work it performed for the Gupta family and Oakbay.

[Update: The Democratic Alliance has reported the company to UK industry bodies, the Public Relations and Communications Association (PRCA) as well as the Chartered Institute of Public Relations (CIPR). It has asked them to investigate claims against Bell Pottinger that they sowed racial division in South Africa. The PRCA, in a statement, confirmed it had received a complaint against Bell Pottinger and said the company had been notified of this. “We will now begin the formal process set out in the PRCA Professional Charter and Code of Conduct to investigate this alleged complaint,” said the association’s director-general Francis Ingham.]

According to the reports, Bell Pottinger intends to use the independent audit report to limit damage to its reputation. The law firm has not been named and a report is expected to be released within the next few weeks.

The commissioning of the audit followed damning revelations in the leaked Gupta emails that provided seemingly conclusive proof that Bell Pottinger fuelled the racial agenda. The emails also revealed how Bell Pottinger executive Victoria Georghegan interacted with Zuma’s son, Duduzane, to formulate a campaign to manipulate the political narrative in the country.  The firm also drafted a statement for the MK Veterans Association and penned a speech for ANCYL president Collen Maine.

In the wake of a leaked SACP report which brought the allegations to the fore, the PR firm, terminated the contract with the Guptas in April this year. It also followed after several firms such as Richemont, Pan African Resources and Tharisa Plc ditched the firm in reaction to the allegations. Other international groups such as civic organisations and Richard Branson also initiated investigations into Bell Pottinger’s conduct.

The UK operation of SA Tourism also recently cut ties with the firm, but denied that it was due to political reasons.

Bell Pottinger has strongly denied the allegations since it came to light. In April it said in a statement to Moneyweb that the SACP report, which first brought the allegations to the fore, was “wholly untrue’.

The firm also said it merely did work for the Gupta family to “help Oakbay defend itself from attacks on its reputation, correcting misrepresentations and defending it and its owners from politically-motivated attack.”

Since the release of the SACP report, Bell Pottinger has been the target of vicious social media rants.