Dreaming of Tata and Tutu 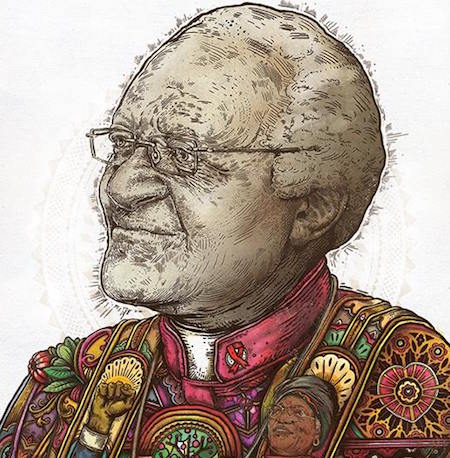 Fake news, photo-shopped memes and viral vidshare are making it harder than ever to distinguish fact from fiction.

We’re being bombarded with stuff you just can’t unsee. So a daily dose of reality that brings on the warm and fuzzies is a gift. Like the iconic giant murals of Madiba and, since late March, Tutu, side-by-side, eyeing Table Mountain and offering a warm, vibrant welcome into the heart of Cape Town. 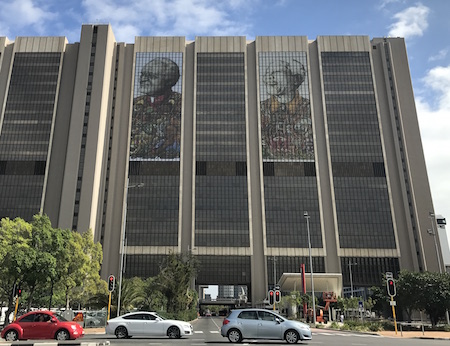 More than connecting two of South Africa’s finest citizens to the city, the murals breathe new life into the grey façade of the Civic Centre and serve as a daily reminder that life may be harsh, but can also be filled with meaning and joy. It’s the kind of stuff that fuels inspiration.

Hardly surprising, then, that Dreamfuel Media, the team behind this heart-lifting project, pretty much lives up to their evocative name. “A dream fuel is defined as a hybrid material that is resourceful and sustainable,” explains co-founder Abraham ‘Abie’ Collins.

They’ve also done much exhibition work, notably for the City’s 2013 exhibition to honour Nelson Mandela, which is where the concept for the mammoth murals – which cover about 480 windowpanes on the civic building respectively – came to life.

“Being tasked with telling even an aspect of such big life stories and their connection to our city was a daunting task,” affirms Collins. “We’re very passionate about icons of this magnitude and of their character; someone like Tutu inspires you – and it’s a huge challenge to live up to in terms of design. It’s an honour, to have our work play across to a bigger audience.”

Their audience – and the scope of their work – has certainly grown since Dreamfuel’s inception in 2011. “Oryx was scaling down to some extent, and Al (Vollmer) and I decided that instead of looking for other work, it would be a good time to get going on our own,” says Collins. They’re boyhood friends. “We all grew up in Mandalay, and coincidently all ended up doing design; Linsey and I did art at a school in Wynberg together as kids, so it wasn’t that surprising to find that we were all working in the industry.”

The company comprises a core team of three, with Collins as curatorial director, backed by Vollmer as creative director and Craig Kensley as business development director and a team of collaborators, like artist Levendall – who illustrated the murals – joining on projects as required. “We don’t envisage ever running a huge agency with an army of junior designers working for us,” says Collins. “Our vision is to create a flexible studio space inhabited by collaborators who share and feed off each other.” 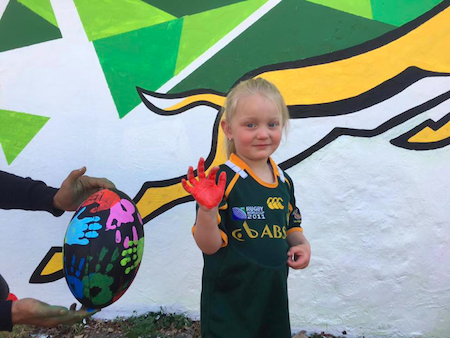 Collaboration is the key to Dreamfuel’s sustainability and ongoing success, says Collins. “It’s helped us to a large extent, to expand on what we were doing,” he notes, citing the various community-based projects they’ve undertaken, including a #LOVERUGBY mural project with the Springbok rugby team in Middelburg and a series of street art canvasses in the Parow station arcade in Cape Town.

“We enjoy the offbeat nature of these projects which contribute to a platform for creative expression outside of the ‘fashionable’ arts spaces that are popping up around the country. Our most recent street art project in Langa is another example of public canvasses of this nature that we have worked on.”

The iconic giant murals of Madiba and Tutu may be a highlight of Dreamfuel’s portfolio, but doesn’t half sum up this small agency’s triumphs. “Our most significant achievement is punching above our weight,” notes Collins. “We are a boutique creative development agency with a small management team and a big vision. We have collaborated with leading academics and industry thinkers, international brands and world-renowned icons. We have never compromised our principles or identity and consistently secure the type of work that fuels our passion for what we do.” 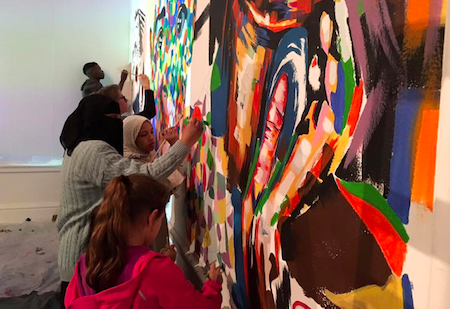 They’re taking it even further with their next big venture, Museum Teen Summit Africa, a self-funded museum youth development heritage programme based on one in New York, which, says Collins, exposes youth to historically significant spaces and facilitates conversations dealing with heritage, identity and culture – using gamification and activation programmes that immerses them in the experience. “Museums are often viewed as stuffy and inaccessible and we encourage the thinking of positioning museums as safe spaces for unsafe ideas.”

They’re in talks to grow the project footprint abroad and, with any given day dedicated to work across disciplines for clients ranging from startups to multinational corporates, Dreamfuel’s future seems as vibrant as the murals they’ve adorned the city with. “These are exciting times,” affirms Collins. Indeed. 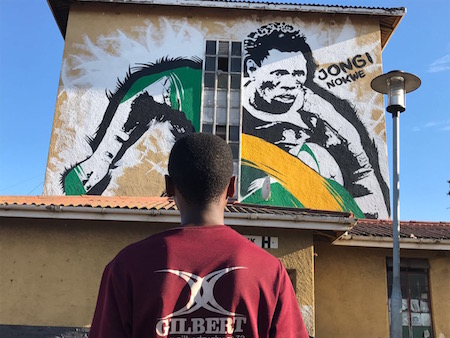