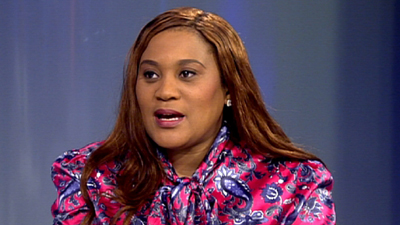 OPINION: The axing of MetroFM’s Robert Marawa and LotusFM’s Ravi Govender highlight the turmoil at the post-Motsoeneng SABC.

The public broadcaster issued a terse statement on Wednesday evening, saying popular sports presenter Marawa had “repudiated” his 6 June 2017 contract with the SABC despite attempts to engage with him to “remedy the situation”. Govender was dismissed for calling President Jacob Zuma a “zombie” on his Facebook page and bringing the SABC into disrepute.

Hlaudi Motsoeneng may be gone from Auckland Park, but the absence of real leadership at the top to replace him is playing out. The interim board is trying to recalibrate the organisation and set it on the road to sustainability (and to becoming a public broadcaster once more, rather than a government mouthpiece), but the mammoth job of undoing Motsoeneng’s damage will take time.

And in the meantime, old forces and new brooms will battle it out until stability and a new guiding vision comes to life at the public broadcaster.

Take the Marawa situation. SABC Sport is headed by Sully Motsweni, who was a beneficiary of Motsoeneng’s unauthorised largesse. She cracked a mention in former public protector Thuli Madonsela’s report on the SABC, When Governance Ethics Fail, after Motsoeneng irregularly increased her salary and unlawfully appointed her to various positions, including creating the position of SABC head of monitoring, compliance and operation service.

Motsweni is quoted in the statement announcing Marawa had left the SABC. “Mr. Marawa contributed immensely to the sport brand within the organisation, especially on radio station Metro FM. It was hard for us to accept but we concede to his decision,” she said.

But here comes the confusion. The Sunday World reported this past weekend that Motsweni and acting general manager for radio, Orapeleng Lethebe, were allegedly suspended last Wednesday, “a day before they were expected to give Marawa his marching orders”. The paper said sports presenters had met the board to protest their unfair treatment by Motsweni and others. They were led by David Kekana, who was allegedly fired by Motsweni along with “other sports presenters and analysts including Coudjoe Amakwaa, Lindani Mbense and Christopher Bongo who were booted out of the SABC two weeks ago by Motsweni”. Sunday World reported the board had “instructed management to rescind the letters that were given to the quartet”.

Yet just a week later, and the high profile Marawa has left, and Mutsweni appears to be behind the move. And to add to the confusion, Marawa told TimesLIVE he found out he had apparently left the SABC after an internal notice was circulated. “This is the first I’m hearing of it. You’ve seen it. I haven’t. I knew nothing about this,” he told TimesLIVE, adding that these were “trumped up charges”.

Marawa had been embroiled in a fight with management after his producer, Beverley Maphangwa, was suspended for non-compliance and contravention of contract. At the time, Marawa tweeted: “I told management that I will remove myself from the show because I am the one that actually caused crime. So I’ll not be on tonight.”

1)My Producer Beverly Maphangwa has been suspended 4 "non-compliance/contravention of contract."The crime? We played audio by Sizwe Mabena.

So what's at issue?? Mr Mabena and Mr Mthethwa are from the "Competitor i.e. MultiChoice" and thus I was wrong to read a message & include..

I told Management that I will remove myself from the Show because I am the one that actually caused this crime. So I will NOT be on 2nite.

I respect their decision and will observe on the sidelines what happens…. One day the truth will land on ears, trust me. From me to u. ✌

Sunday World reported that SABC spokesman, Kaizer Kganyago, denied Motsweni and Lethebe had been suspended, saying only they had taken“leave days” before they expired in June. He confirmed however, that a board-driven management reshuffle had taken place. Acting CFO Audrey Raphela was removed, and acting GM for stakeholder relations, Puleng Thulo, was sent back to Radio 2000. Hosea Jiyane has taken over as acting group executive for corporate affairs (a post previously held by Motsoeneng), after Keobokile Mosweu was also removed.

Meanwhile, back in Durban, Ravi Govender was dismissed from LotusFM for bringing the SABC into disrepute. “Just heard a Zombie Zuma giving a speech on the news. Massacring the beautiful English language. Uneducated creature. Even the other moron Mugabe speaks much better,” he wrote.

Calling Zuma a ‘zombie’ on social media resulted in the president’s son, Edward Zuma, calling for his head. “Over the past years, as the family we have endured humiliation that cannot be described as result of many insults from radio presenters, journalists, columnists, cartoonists who at times produces pornographic material aimed at tarnishing the image of my father and the president of the ANC and the Republic of South Africa J.G Zuma,” he said in a statement.

“We fail as the family to understand what prompted Ravi Govender to make such a statement referring to our father as a Zombie. Is this still part of the Freedom of Speech? We believe that is the worst form of the abuse of democracy that many of our leaders fought so hard to achieve. My message to Ravi Govender is that President J.G Zuma is a parent and one is prepared to defend him if need be.”

Govender apologised for the remarks, and said anger had led him to making the comment and that he was not racist. He has since received death threats. Others have stood by him, saying he was expressing his democratic views. A former colleague, Vikash Mathura, wrote: “Just heard that Ravi Govender was fired from Lotus FM for his FB post about the manner in which the Prez was delivering his opening address at the party’s Policy Conference. Really??? Fired for expressing a democratic view on a social media site? To this talented broadcaster, I say keep your shoulders square and your chin up. Good men cannot be brought down.”

The Democratic Alliance in KwaZulu-Natal is investigating whether Govender’s axing was politically motivated. Leader Zwakele Mncwango told News24 they wanted to find out from the managers whether the public broadcaster was captured or not. Mncwango said the DA wanted to know if an instruction had come from “higher authorities”.

Someone just called Zuma a "zombie" and apogised? What for? #RaviGovender