A game-changer for the world of audio advertising 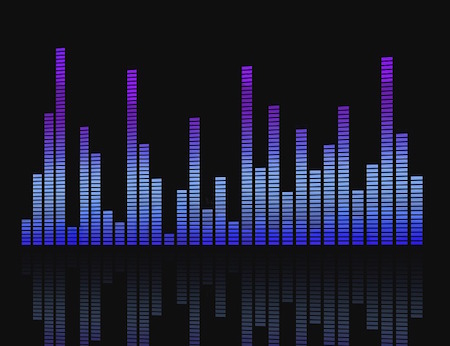 The development of programmatic ad buying and selling has revolutionised digital media across most formats, from display to video, desktop to mobile – and it’s about to become a powerful force in digital radio and music streaming services too. Perhaps even more surprising, programmatic radio advertising may have a widespread impact on how advertisers attribute campaign success in the future.

In this digital age, the majority of consumers travel with a laptop, iPad, smartphone or all three. These devices are commonly used to stream music, live radio or podcasts, particularly during commutes on public transport.

Most music or audio programming arrives in our ears through apps. Programmatic audio represents a way to deliver addressable ads directly to consumers, leveraging targeted advertising served through those apps, much the same way that targeted display is delivered to mobile consumers.

This is potentially game-changing for the world of audio advertising, which has traditionally relied on broadcast radio’s reach and scale. Mobile devices and apps are treasure troves of consumer data, giving radio advertisers the ability to measure the quantity of consumers that hear their ads, what demographic groups these listeners fall into, and, potentially, insights into their activities post listening.

As the popularity of streaming audio continues to grow, smart advertisers would be wise to leverage programmatic radio placements as part of their larger digital ad plans, while also paying special attention to the attribution abilities of programmatic audio

That final journey opens up a new world of attribution that is largely missing from both traditional radio and many online display and video campaigns. As nearly 80% of digital radio is consumed on mobile devices, advertisers can use the rich mobile data set to help with campaign attribution. By accessing the device ID, utilising geo-fencing and working with attribution partners to determine where a consumer went in the real-world after hearing an ad, it can be established whether the ad had any impact on their behaviour or purchases.

Traditional radio advertising is dominated by car dealerships, furniture retailers, and fast food outlets. If these businesses were to use programmatic audio, they could monitor how well their ads worked by using mobile measurement to track foot-fall from tuned-in consumers.

Another bonus for advertisers is that radio ads are served to a captive audience. Similar to TV, radio has always held appeal because consumers are likely to sit through ads as they wait for programming to continue. Individuals are unlikely to be listening to anything else, so the ads do not have to compete for attention as they do in traditional display. Programmatic radio allows advertisers to target specific users based on various data signals, gaining an efficiency that is lacking in the world of sponsored media.

While many think of radio as strictly stuck in the domain of traditional media, the truth is that sound and music are incredibly important to consumers, who frequently use their mobiles as listening devices. As the popularity of streaming audio continues to grow, smart advertisers would be wise to leverage programmatic radio placements as part of their larger digital ad plans, while also paying special attention to the attribution abilities of programmatic audio.

Forward thinking advertisers that tap into this rich new format will likely reap the rewards of fresh data that helps fuel their wider campaign strategy.

Alex Rahaman is CEO of NEXD in London. This story was first published by the IAB UK and is republished with the permission of the author. It appeared in the June issue of The Media’s Radio Annual.