Bad day at the office for WPP 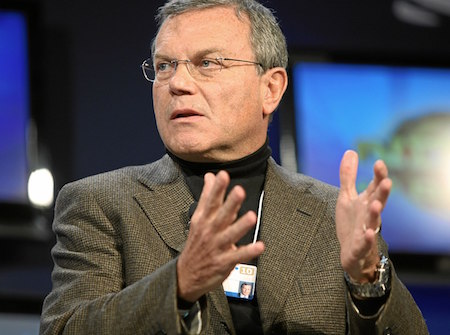 It was a bad day at the office for global advertising giant WPP on Wednesday. Its shares tumbled by 12% on the back of its interim financial results, leading Sir Martin Sorrell to announce the company had slashed its revenue growth forecast from 2% to between 0% and 1%. It was WPP’s worst day since 2000.

“The challenges included everything from slowing global growth and technological disruption from the likes of Amazon.com Inc. to uncertainty caused by looming elections in Europe and the Communist Party Congress in China. What was less clear was what WPP could do about it. That explains why analysts don’t see relief for the stock or its peers any time soon,” Bloomberg said.

“WPP has now lost 22% in 2017, while Paris-based Publicis is off 9%. Interpublic was down 15% year to date in New York and Omnicom was off 13%. Each of the four biggest ad companies is addressing problems in North America, where big consumer-goods companies are re-evaluating their advertising strategies,” the financial media house said.

Sorrell told Bloomberg TV that the company would increase its efforts in emerging markets, give clients more control of data and grow the share of its revenue that’s generated by digital advertising.

“Clients are spending less money, they’re thinking more short-term, and zero-based budgeting is becoming more common. That was the message on the morning call with analysts and reporters,” he wrote in a column titled, WPP’s tough year is a bellwether for all adland.

“However, the writing has been on the wall for quite some time for agencies and the massive holding companies that collect them. It’s not the end — of course it isn’t. Revenue is only marginally down, and an 11% drop in share price will soon be corrected. No, this is a reflection that the adland scene has changed,” he writes.

“Brands want to do more with less. That’s the clear takeaway from the mega spenders such as Unilever, P&G and Mondelez. They are all committed to slashing rosters, pushing through double-digit budget savings and sweating assets by making the same content do more and run for longer.”

The FT, in its analysis, said, “Total revenues, which include sales at units WPP has recently acquired, grew 0.3 per cent at constant currency rates to £3.8bn, down from 3.6% growth in the first quarter. The slowdown unnerved investors, who fear the advertising slump that has already wounded traditional media organisations has spread to ad agencies. As Google and Facebook have vacuumed up online advertising spending, some companies are choosing to deal directly with the tech groups rather than use agencies like WPP.” 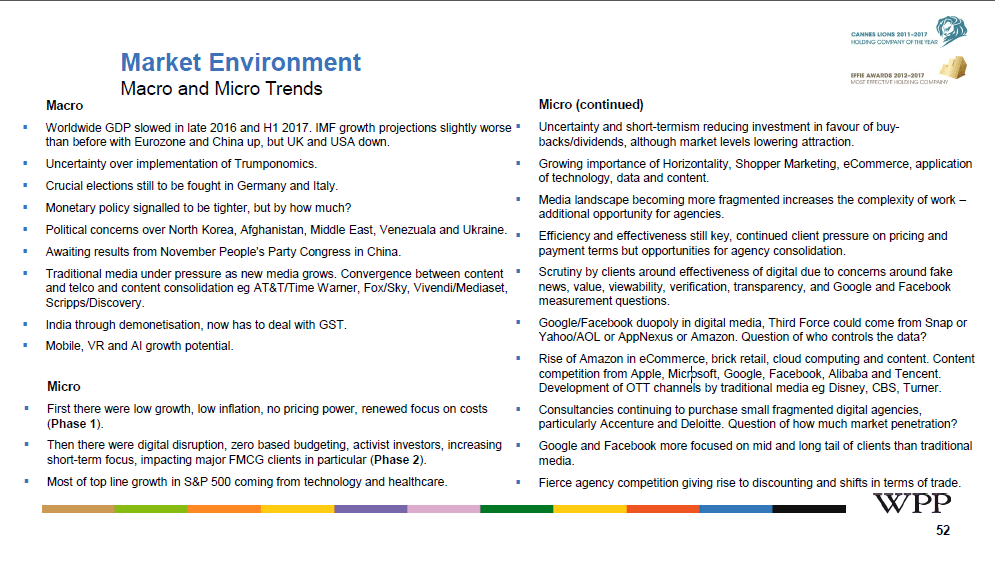