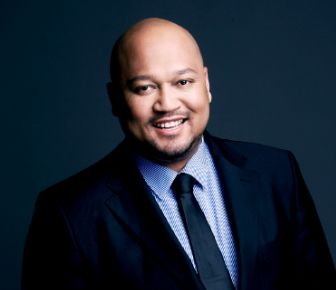 “We studied the judgement. We respectfully do not agree with the ruling and we have appealed,” said Primedia Broadcasting CEO, Omar Essack.

Professor Henning Viljoen, chairman of the BCCSA panel, found McKaiser had created a “hostile environment” on the programme by broadcasting part of a 1993 speech by former president FW De Klerk “out of context”. The programme discussed the role of the ex-president in “political discourse on the future of the country which is a matter of public importance”, Henning said.

“The presenter created a hostile environment on the programme by broadcasting a clip of a speech by De Klerk in 1993, out of context. Presenter demonstrated intolerance towards opposing views and made no reasonable efforts to fairly present opposing points of views. No right to reply was granted to DeKlerk or his spokesperson by inviting any of them to appear on a programme that was clearly intended to criticise De Klerk. The spokesperson’s call was cut off while he was trying to present an opposing point of view. A contravention of clause 13 of the Code was found,” he said in his ruling.

But Primedia says 702 presenters are hired because they have opinions and are outspoken. “Talk show hosts are not the same as journalists who need to remain objective on all matters,” Essack said, “but we do expect the presenters to give all voices a platform, including opposing views, and to ensure that where they deal with controversial issues of public importance, there is balance as required by the BCCSA Code of Conduct.”

The relevant portion of the Code of Conduct reads, “In presenting a programme in which a controversial issue of public importance is discussed, a broadcaster must make reasonable efforts to fairly present opposing points of view either in the same programme or in a subsequent programme forming part of the same series of programmes presented within a reasonable period of time of the original broadcast and within substantially the same time slot.”

Essack said 702 was committed to providing a platform for a “range of views as well as to debate, unpack and interrogate the various arguments and positions”.

But, he added, sometimes these discussions can be robust and emotional given the serious issues facing the country. “That said, we attempt to reflect both sides. Primedia Broadcasting respects and upholds the Broadcasting Complaints Commission of South Africa’s Code of Conduct, as well Section 16 in the South African Constitution’s Bill of Rights which details provisions with regards to freedom of expression, and its limitations,” he said.

Essack said the discussion about FW de Klerk’s legacy provoked a big reaction, including on social media, many coming out in support of Mckaiser. McKaizer hasn’t commented on the issue except to tell the Huffington Post the judgement was “deeply flawed and unconvincing”.

In another case Primedia Broadcasting has had to deal with, a content producer caused havoc on Twitter after posting, “Aaaw! Dog VS baby…who’s cuter? Go ahead and evoke those broody feelings…”

The occasion was the MTN Walk the Talk with 702 event.

Later, the tweet was changed to, “Aaaw! Babies and dogs participating in the MTN702WALK will evoke those broody feelings”.

But the damage was done, and talk show hosts on 702 challenged management of the station to deal with it, especially Xolani Gwala. Essack went on air to apologise once more.

“Omar met with the individual concerned. It was clearly posted out of ignorance and in error,” a spokesman for Primedia Broadcasting said. “The person apologised to the 702 team and the business as a whole. Collectively we have agreed that there are a number of interventions that are required in the business to enhance training and processes as well as improve insights into cultural and historical context. These interventions are scheduled for the month of August.”

The spokesman said the person involved was not an intern. “She is a content producer who has been on media and social media training courses and was identified as a strong candidate to do the job at Walk the Talk. We have human beings tweeting from our accounts, and human beings do make mistakes from time to time. But the plan mentioned above is designed to improve checks and balances in this regard.”

The tweets had the potential to blow up into a race issue, but once Twitter found out the person was black, it changed the discourse… but Eusebius McKaizer, who picked up the story on his show, argued that, “The race element in the conversation does not go out the window once you know a black person tweeted something. We have to talk about self hate and internalised oppression.”