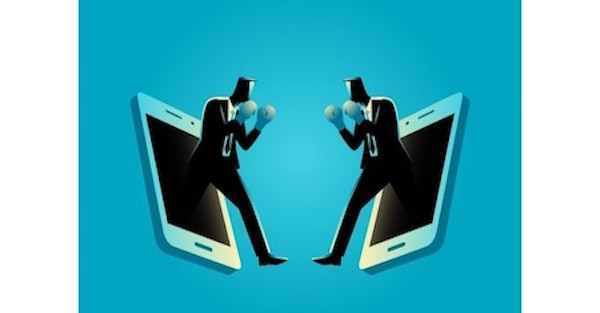 More than 20 years after democracy it seems incredible that a leading South African insurance company, Outsurance would put out a Father’s Day advertisement which featured mostly white dads. If their marketing team didn’t see the problem, citizens on social media certainly did and helped the company to see the error of its ways – and fast.

Within hours of screening the advertisement, a twitter storm had broken out and the commercial was retracted. Outsurance issued an apology for any offence caused. It was a quick and decisive response – which is generally the right way to respond in a crisis – spoiled only by the fact that the company subsequently laid the blame at the door of a “junior lady” on the social media team.

The Outsurance experience underlines the growing importance of social media in branding. Branding scholars Chiranjeev Kohli and Anuj Kapoor point out that:

This rapidly evolving landscape has left managers at a loss, and what they are experiencing is likely the beginning of a tectonic shift in the way brands are managed.

Outsurance isn’t the only firm to have been caught in a social media storm. Uber’s CEO Travis Kalanick was forced to step down after a prolonged online assault leading to a “shareholder revolt”. London based public relations firm, Bell Pottinger, had to lock its Twitter handle recently because it had been Twitter bombed by South Africans outraged at the firm’s service to the controversial Gupta family.

Another South African business, the family restaurant franchise Spur, suffered considerable brand damage after a video showing an altercation between a (white) man and a (black) woman at a Johannesburg outlet went viral, causing a racially charged firestorm. Spur was castigated from different directions for mishandling the matter.

These cases show how social media gives consumers the ability to influence business behaviour. But, we argue, this power should be channelled in a constructive way to affect lasting change.

A new kind of activism

There are many examples of deliberate online anti-brand behaviours targeting well-known brands such as American Express, Coca Cola, and Wal-Mart. Widely respected New York Times technology columnist Farhad Manjoo recently noted, that online campaigns against brands have become a powerful force in business by handing power to consumers. It has also given birth to a new kind of political activism:

Posting a hashtag and threatening to back it up by withholding dollars can bring about a much quicker, more visible change in the world than, say, calling your representative.

This is of course not good news to most corporations, businesses and politicians. Those operating in the public domain know the importance of protecting their reputation and fear the power of social media. Many organisations pay research companies for daily feedback on how their brand is perceived. In addition to newspaper clippings and magazine articles, they also have to sift through thousands of tweets and emails.

Not all negative comments deserve to be dealt with publicly. Some outrage may be the result of a vindictive individual or interest groups with less honourable intentions. Responding to comments such as these may only fan the fire, doing more harm than good.

But the power of social media is such that even a falsehood can cause immense damage, ruining businesses and individuals. Social media can awaken the mob mentality in people. All that’s required is for people to become angry – and have access to a medium where they can be relatively anonymous and vent their fury.

Social media brings out the best and the worst in people. On the one hand, it gives the power to do untold damage. On the other it can be used to do tremendous good.

Take the case of American airline United Airlines. The video of how security dragged Dr David Dao off a flight in April 2017 after he refused to leave his seat when he was selected to be bumped off due to overbooking went viral on the Internet.

Millions of people saw Dr Dao being dragged, bleeding and injured, off the plane. There was an enormous backlash from consumers slamming the airline – and other airlines – for the practice of overbooking.

The consequences of all the anger led to the airline revising its policy and operations and spilled over into wider investigations into general procedures at airlines. This resulted in new legislation being drafted in the US, which could prevent airlines from forcibly removing passengers seated on an overbooked flight and providing compensation for those not allowed to board.

Social media is here to stay – if anything its use is set to become more sophisticated. According to Pew Internet Research, YouTube reaches more 18- to 34-year-olds than any cable network in the US, 76% of Facebook users visited the site daily last year with over 1.6 billion daily visitors, and 51% of Instagram users engage with the platform daily. These trends are spreading across the globe.

Users may also become more discerning about which sites they visit and how often. For companies, this means a need to remain vigilant and being aware of how to react appropriately. They undoubtedly stand to profit as well – through clever marketing campaigns that make use of social media platforms.

But the biggest winners could be consumers – should they learn to properly use the power of social media to organise into interest groups, define objectives and agree on courses of action – thereby exerting pressure on companies to see the kind of change in corporations that they would like to see in society as well.