LATEST NEWS
Home Broadcasting Is podcasting the way to open up African media?

Is podcasting the way to open up African media? 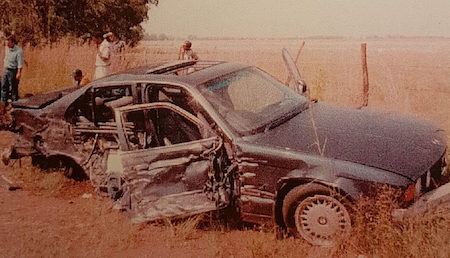 
As a cultural force, podcasts have mushroomed over the course of the last decade. Previously lo-fi, cultish confessional boxes for audio geeks, the impact of the podcast is no longer subtle. All of which sees global media behemoths such as Amazon, Google Play, NPR and The New York Times eyeing opportunities. Faced with the challenge of attracting a younger audience, these major players are investing in editorial war rooms with the podcast at the centre of the conversation.

Closer to home, could the podcast be the perfect yardstick that advances Africa’s already complex stories?

The African scene is of far lower rank than other regions in uptake. Besides there being no visible research, the only shine the scene gets on Google is a string of “top 10 African podcasts to listen to”. The economy’s terrain is still in a warp of discovery, with a fixation on the newest-freshest talking head(s) rather than a focus on long-term potential. With the exception of Al Jazeera’s bouquet of long form podcasts, so far on the continent, the baseline format is conversational – along the lines of a radio show – whereas internationally documentary-styled content gets attention.

In the wake of Apple’s announcement that it will develop a new version of its podcast app that provides basic analytics to podcast creators, African podcasters have an opportunity to ride the wave of monetising the platform. The app gives the ability to see when podcast listeners play individual episodes, and — crucially — what part of individual episodes they listen to, which parts they skip over and when they bail out of an episode.

South Africa’s podcast bubble has, from a creative point of view, favoured independents, who seemingly have impetus to be experimental. This cohort pushes the envelope more aggressively than established radio brands. Among the heralded ones are Alibi, Tech Round Up and Lesser Known Somebodies. All popular for their ability to pick apart interesting strands of narrative in investigative journalism, technology and popular culture. 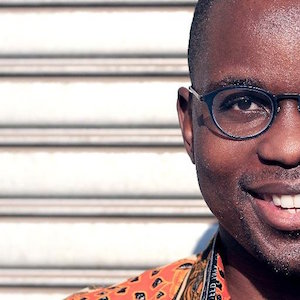 African Tech Round Up founder and host, Andile Masuku (left), says of podcasts: “Even when there is scripting involved, the best parts of a podcast are often improvised or unplanned moments that make for an intimate, conspiratorial vibe you’d be hard pressed to achieve on any other platform”

Generally, podcasts for local radio are downloadable shorthand versions of on air shows. The motivation is to update the listener with content that they might have missed during regular programming. Alternatively (and as observed through the lens of a few urban radio stations, to the dismay of an increasingly insatiable audiences with a strong case of FOMO), podcasting is a repository of dumbed down lifestyle content. This limitation extends to a station’s inability to filter podcast-worthy content from duds. Radio is currently challenged in weighing between content with mass appeal for on-air programming versus niche podcast material.

This dilemma feeds into local radio’s generally often cavalier approach to the creation of diversified content. Our medium sticks to the same old script (negating many a pioneering digital content strategy).

However, talk radio is the one category apparently seeing the nimble potential of the podcast. Indicative of this willingness is SAFM’s support of the documentary styled Alibi. The Alibi radio series investigated whether one man, Anthony de Vries, is innocent of his crimes (a double murder and robbery at a Checkers supermarket in Vereeniging in 1994). Run over eight weeks, Alibi is compared to successes such as S-TOWN and Serial. The show seems to have given a new dimension to the necessities of well planned editorial oversight.

According to its writer and producer Paul McNally, “Alibi was scripted and re-scripted. Compared to some of the American podcasts this is nothing new, but there is such a powerful trend in radio here for it to be live and be open for callers to input, that it is at times difficult to stand up for the amount of time this type of work takes”.

Speaking about the feedback Alibi received, McNally adds, “It has been rewarding to see how people have engaged with the story and I think partly we are fascinated with mid-90s South Africa and what happened during that time. The photos for Alibi (a lot of them too violent and bloody for us to reveal) had this grainy, washed-out quality that makes me think of that era.” 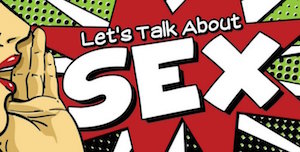 Jon Gericke, who runs Pint Sized Media and Niche Radio, which hosts a wide selection of podcasts, says the biggest issue in terms of podcasting in Africa is bandwidth and communication.

“African podcasters find it very challenging to get their content on the web at a good value for money. Having said that, there are some very creative podcasts that don’t need the expense of traditional media to get their message out,” he says.

“Payment is also a challenge with money movement costs becoming prohibitive. We have found that BitCoin works well for our payment systems to the continent. African stories need to be told and we are always on the lookout for new, interesting, on-the-ground views of Africa instead of the normal news media angle.”

A nod towards Nigeria 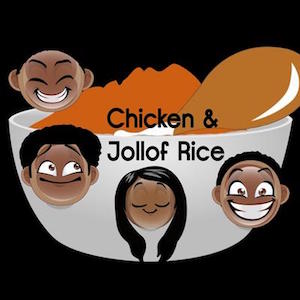 The advantages of Nigeria’s podcast scene are owed to its diaspora, as heard on podcasts such as Chicken & Jollof Rice Show, whose four hosts create conversations around Nigerian lifestyle and identity as informed by their first generation perspectives in the US. Also unique to Nigeria’s podcast flair is Not Your African Cliche, which magnifies the Nigerian experience through the lens of entrepreneurship and fashion. Collectively, these podcasts debunk the narrow views of what it means to be African as well as paint contemporary portraits of the continent.

Domestically, Nigeria’s internet data costs are still exorbitant and that limits the scene. But that hasn’t hindered the growth of audio storytelling. Household podcasters, such as Dayo Samuels and Steve Harris, have made names for themselves and see the potential of the medium in standing out of a cluttered digital terrain. Next to YouTube and blogging, Nigeria has a cutthroat and concentrated independent literary publishing scene, which allows for podcasting to be an alternative to reach audiences. 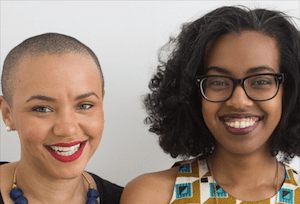 With Kenya’s impressive internet penetration, podcasting is being treated for both local and global audiences in regards to promotional efforts.

The cohort of independent podcasters such as Africanah (left), Bench Warmerz, Kenyan Queer Questions, Spread and Otherwise, thrive from a blend of lifestyle, sports, LGBTI issues and politics.

All of these have a geographic spread to areas such as South Africa, Nigeria, Canada, US, Germany and Reunion in terms of subscription.

Kenya’s podcasters are arguably the most astute in the long term viability of the medium. This is largely evident in the conscious effort to target a young audience, between 18-34, with the realisation that Africa is a young continent whose conversations should centre around youth.

In an age when radio’s terrestrial audience is growing older and younger listeners seem to prefer addictive, irreverent, and entertaining podcasts over formulaic presentation of news, can radio on the continent measure up?

Tony Trollip, Kaya FM’s resident fundi on technology, comes to the medium’s defence. “My personal feeling is that there is little ownership in a podcast other than the publisher, which leaves very little for the commercial entities to realise revenue with a traditional media strategy or mindset.”

“The radio scene has its traditional responsibility, however, I really do think that there is a lot more that the platform could be doing to become more inclusive,” Trollip adds. “When it comes to podcasts, there is value, however the South African context is still evolving its accessibility to the masses strategy.”

Steady evolution granted, the fact of the matter is that the commercial podcast scene is not growing fast enough. That resource loaded commercial radio is not able to widen conversations – amid a critical socio-political time in South Africa – using the podcast is borderline astounding. At the moment, independent podcasters are leading the charge, and proving that the format is viable and potent. Will any of the bigger forces follow? This is still, strangely, a very open question.

Kagiso Mnisi is a Joburg based writer and content strategist.

This story was first published in The Media’s Africa Annual. To read the digital magazine, click here.