Bell Pottinger booted out of PRCA for breaching ethical principles 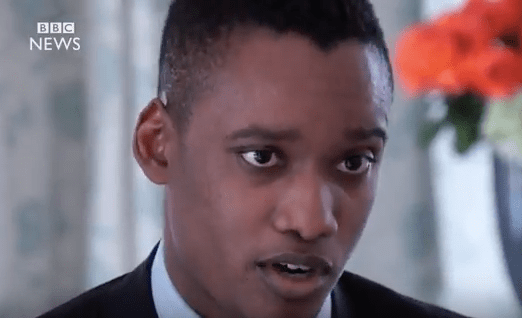 [Story updated] The Public Relations Communications Association has expelled Bell Pottinger for bringing the industry into disrepute, its most serious sanction. The ban will stay in place for five years.

“Bell Pottinger has brought the PR and communications industry into disrepute with its actions‚ and it has received the harshest possible sanctions. The PRCA has never before passed down such a damning indictment of an agency’s behaviour,” said Francis Ingham, director general of the PRCA.

“This outcome reflects the huge importance that the PRCA places on the protection of ethical standards in the business of PR and communications.”

The PRCA said its members are “required to take all reasonable care that professional duties are conducted without causing offence on the grounds of gender‚ race‚ religion‚ disability or any other form of discrimination or unacceptable reference” but in the case of Bell Pottinger’s work for the Gupta family “by any reasonable standard of judgement [was] likely to inflame racial discord in South Africa and appears to have done exactly that”.

The PRCA also lambasted the well-known PR firm for breaching its Public Affairs and Lobbying Code of Conduct. It said given the sensitive political and social environment in which the it was activated, senior management should have overseen and controlled the campaign which‚ in the Committee’s view‚ required the “highest level of scrutiny and supervision.”

“One outcome was a large volume of highly-critical media coverage of Bell Pottinger’s work on behalf of Oakbay Capital‚ both in South Africa and internationally‚ which – in the Committee’s view – has caused damage to the reputations of both Bell Pottinger and the profession of public affairs and lobbying,” it said in its ruling.

On Monday, the law firm hired by Bell Pottinger to scrutinise its dealings with the Gupta family and Duduzane Zuma released its review of the case less than a day after Henderson’s Sunday resignation.

The firm, Herbert Smith Freehills LLP, says in its review that, “Certain material that we have seen that was created for the campaign [what it calls the ‘economic emancipation’ campaign] was negative or targeted towards wealthy white South African individuals or corporates and/or was potentially racially divisive and/or potentially offensive and was created in breach of relevant ethical principles”. HSF said while Bell Pottinger used the term ‘white monopoly capital’, it failed to find evidence the firm had created the slogan.

HSF added, “In addition‚ we have seen evidence that the BP account team used other tactics in relation to the economic emancipation campaign which arguably breached the relevant ethical principles‚ including taking steps which might mislead or undermine journalists who were asking questions in relation to the campaign”.

It said while Bell Pottinger hadn’t breached any ethical principles when it took on the account, when it knew the Gupta family were controversial in South Africa, Bell Pottinger should have “exercised extreme care and should have closely scrutinised the creation of content for the campaign. This does not appear to have happened”.

HSF said more care should have been taken in the selection of the team handling the account. “It appears to have been broadly accepted that the economic emancipation campaign work stream required a team with significant geopolitical expertise and yet the bulk of the work was undertaken by a team specialist in corporate communications and reputation management‚ rather than the geopolitical environment,” it reported.

HSF said senior management at Bell Pottinger had management “failed to put in place policies and procedures to minimise the risks associated with this account‚ including any formal process for the ongoing monitoring of the account and the work being done”.

“We have not seen evidence that members of BP’s senior management knew about the detail of the work being done on the economic emancipation campaign or saw or knew about the potentially offensive content that was being created or other tactics being employed at that time,” it said, adding that such oversight should have been in place considering the sensitivities involved.

News broke on Sunday evening that CEO Henderson had resigned. In a statement issued on Monday, Henderson said: “Although I neither initiated nor was involved in the Oakbay work, I accept that as CEO, I have ultimate executive responsibility for Bell Pottinger.” 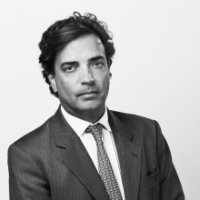 South Africa’s Democratic Alliance laid a complaint with the PRCA over the company’s racially divisive ‘White Monopoly Capital’ campaign it ran on behalf of the Gupta family and Duduzane Zuma, President Jacob Zuma’s son, in an effort to deflect attention from the family’s alleged involvement in state capture. The PRCA is expected to make its findings known soon.

In a statement, issued as news broke on Sunday that Henderson (left) had relinquished his job as head of the reputation management firm, DA’s Phumzile Van Damme said it was not in any way an act of valour. She said he owns 40% of the company and would remain a majority shareholder.

“If Henderson had truly appreciated the implications of their propaganda in South Africa, he would repay the £1 200 000 (approximately R20 million) it earned from the Gupta family and President Jacob Zuma’s son, Duduzane Zuma, for the benefit of South Africa as the DA requested,” she said.

The DA confirmed on Friday that Bell Pottinger intended appealing the PRCA’s ruling, which clearly indicates an adverse finding against the company. The PRCA was to issue the result of its deliberations on Monday, but will now meet again to consider the appeal, and is expected to issue its final ruling on Tuesday. The Board of Management will now meet again on Monday [4 September] to consider this appeal and will issue its final ruling on Tuesday.

Duduzane Zuma, in a BBC interview last week, defended his relationship with the controversial family, stressing that there was nothing untoward in it. 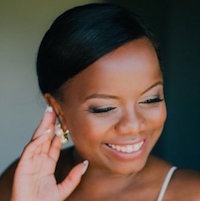 But the DA is having none of it. Van Damme (left), in a piece published by the Daily Maverick, said, “When Bell Pottinger’s propaganda campaign first came to light it became immediately apparent that this was a blatant attempt by the Guptas and Zumas to exploit the already fragmented race relations in our country. This campaign sought to consolidate the President’s power, feed into his undefined ‘Radical Economic Transformation’ narrative and focus attention away from his corruption,” she said.

“Our President was essentially willing to destroy the already fragile reconciliation project South Africa has been working on over the past 23 years, to appease his corrupt buddies. Bell Pottinger, on the other hand, stooped to even lower levels of low, in order to make a profit.”

Van Damme said the Gupta/Bell Pottinger story should be a cautionary tale to companies who would shun ethics in favour of profits.

“The South African people have shown great tenacity against this powerful opponent,” she said. “And they will continue to do so against any private family and corporation that seeks to exploit our painful past to gain a quick buck. It seems as though the South African public has taken matters into their own hands, as the authorities within our very borders fail to pursue any of the perpetrators involved in State Capture.”

Story updated 2.20pm on 4 September with information from HSF review.