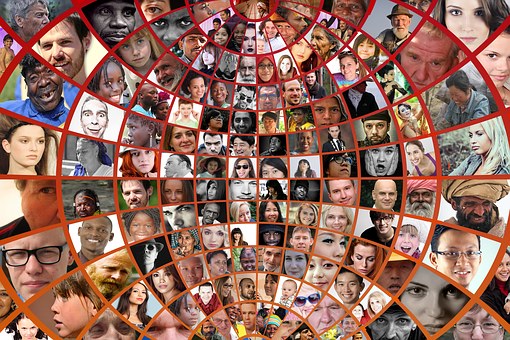 That South Africa, and the world, is a pretty stressful place at this point in history is a given. But are we all falling apart, hand to brow, bemoaning the state of us? Not at all, new research by Viacom, presented at the Pan African Media Research Organisation (PAMRO) conference this week, has shown. In fact, we’re experiencing a ‘rise in resilience’. It’s the ‘next normal’.

Viacom’s Giuliana Dias, who presented the global research at PAMRO’s annual get together, which took place in Cape Town this week, says the findings of the 2017 study are “inspirational”. The study took in the views of 28 600 people, aged between six and fifty-four, across 30 countries. In Africa, 954 people in South Africa and the same in Nigeria took part.

It’s been five years since the last Viacom research into the global state of being, into how people are dealing with the connected world. And a lot has changed since 2012. There have been an increased number of terror attacks. Natural disasters continue to wreak havoc. Civil unrest has become more common, even in ‘stable’ countries like the US, where the Black Lives Matter movement has grown. The economy is an issue, especially in South Africa.

“So is it all doom and gloom?” Dias asked. “Surprisingly not. In fact, in South Africa, we’re happier than in 2012, rising from 74% to 78%. We’re still more happy than stressed.” Not so in Nigeria, though, where happiness ratings have dropped from 87% to 73% “more in line with global averages”, Dias says. Nigeria, of course, has had to deal with Boko Haram attacks and terrorism far more than in South Africa.

Nevertheless, on the whole, people are becoming resilient by standing up to uncertainty, enjoying the moment, staying grounded and coming together. And this, says Dias, is why the study has been called ‘The Rise of Resilience: The Next Normal’. “People are finding new ways of coping,” she says. And advertising reflects this, as the Last Days ad by tequila brand, Jose Cuervo, shows. As does its hashtag, #TomorrowIsOverrated

Dias says consumers, instead of falling over in fear, believe they can cope with “what life throws at me”. And in South Africa, we believe we can handle uncertainty better than most: our score is 74% compared to the global average of 72%; and 92% of us always try to look for the positive.

How are we dealing with stress in South Africa? We listen to music, spend time with loved ones, sleep, pray and watch TV shows. Music inspires us, and a whopping 71% “love to dance alone” in our rooms. Back in 2012, humour was important in helping us cope. Now, in 2017, this is even more vital, rising from 61% to 64%. “Humour can deliver honest messages,” says Dias.

Why are we coping in the face of all this uncertainty in the world? The research shows that our optimism is underpinned by “hard edged realism”. “We don’t minimise the complexities of our world,” says Dias. “We reflect the real world.”

Which means we know the world isn’t perfect and we are less likely to trust people and institutions. Some bad news for the  South African government: It is the least trusted entity in the country. The most trusted person in our lives are our mothers. 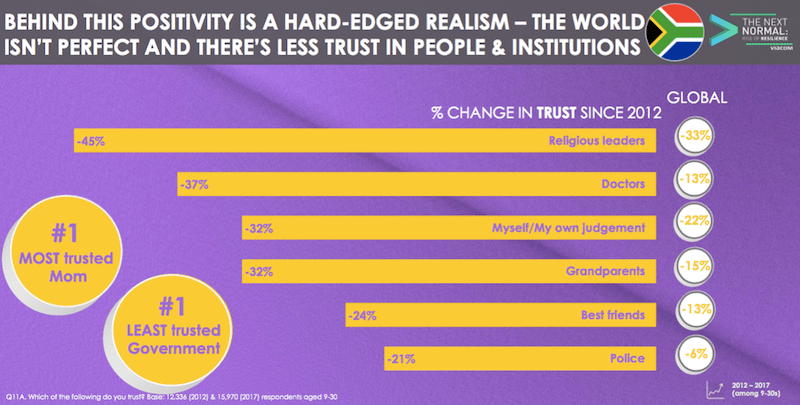 Our priorities have also changed, Dias points out. There’s a move away from rampant materialism to having experiences. “Happiness is about time and how you spend it,” she says. “There’s a shift from superficial markers to deeper connections.” Our family and friends are vitally important. But while the world has pushed down being successful to positions five and six, in South Africa, with our particular socio economic situation, being successful is the third most important thing.

The growth in online networks has become a distinct feature in the lives of consumers and the online world is helping to shift their views; 79% of South Africans saying having access to the world wide web has changed the way they think about the world. And the upshot of this connectedness is that we’re becoming more active as communities. 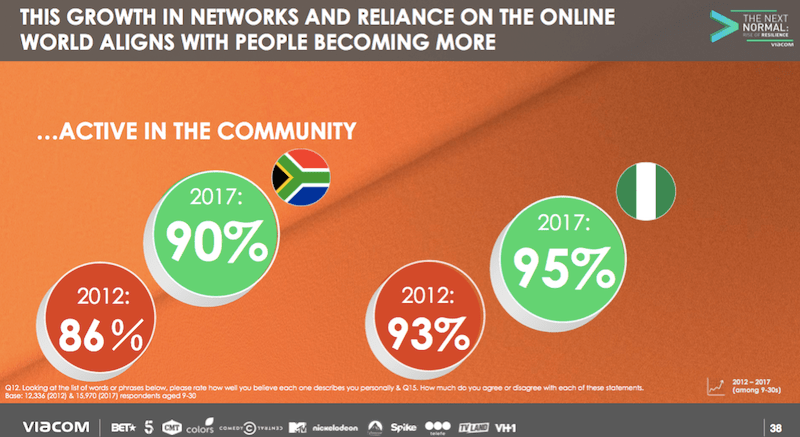 “There’s a sense of unity across networks, especially when tragedy strikes,” says Dias. People use flags or icons as their avatars to signify solidarity. 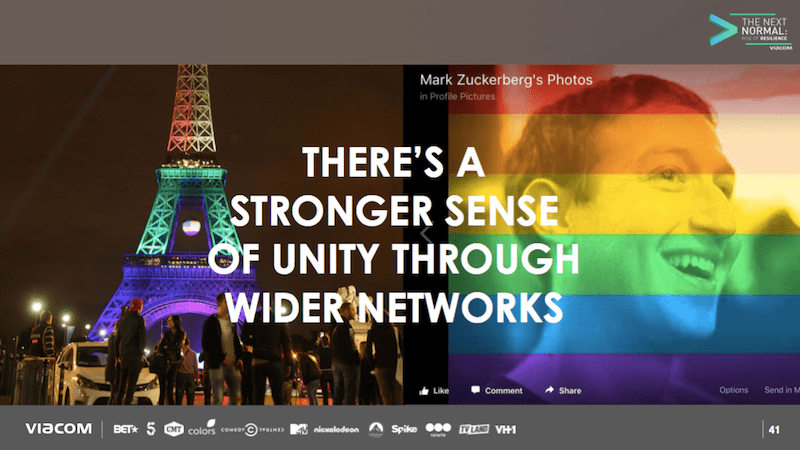 “What are the implications of this research and how should we respond?” Dias asks. “If we tap into the four strategies (see below), it’s pretty intuitive. “We have to make people feel.” Examples of television series that have people deeply connected are Breaking Bad and This is Us, for example. “We have to tap into the emotional power of music,” she adds. “We have to give people experiences they can participate in. We have to demonstrate solidarity and unity, and enable people to make a difference.”