Posted By: Tsungai Desandoon: October 25, 2017In: MOST Awards
Print Email 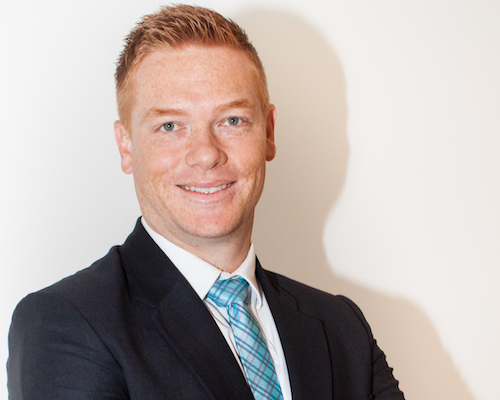 This year’s Media Owner Rising Star is JCDecaux’s Darren McKinnon, a man who is known by many to possess all the qualities of a rising star.

A leader, innovative, problem solver, motivator, loyal, intelligent, brave, team player, achiever: These are some of the words that echo in a room where people are talking about McKinnon.

“Darren is a true professional. He has a driver personality and totally gets where OOH fits in the broader media mix. Not only is he passionate about OOH, he has a broad business acumen which allows him to address media challenges with ease. Darren is resourceful, energetic and is certainly someone I would take to war beside me,” says Adelaide McKelvey, sales and marketing director, Sub-Saharan Africa for JCDecaux.

McKinnon started his journey in the out of home space in 2005 when he was head hunted by Media Power Solution to be their sales executive. He was responsible for new business development. Long term clients secured at the time were RAM Couriers, Internet Solutions, Giant Leap and select brands within the Brandhouse stable such as Drostdy Hof and Bacardi. He was also responsible for growing business generated from key media agencies such as all of Group M, Posterscope, Omnicom, The MediaShop and Y&R. Over the four years at Media Power Solution, McKinnon developed a passion for the media industry, and OOH in particular.

Chris Botha, group managing director of The MediaShop, only has great things to say about McKinnon. “I have known Darren for 10 years now. He has an excellent blend of intelligence, creativity and likeability. It is very rare that those three qualities are found in one person. He really can relate easily with most people, while adding real value to their business.

“Darren demonstrates excellence in everything he does. He works very hard, dresses smartly and he is very punctual. He will go far in this game,” he adds.

McKinnon’s hard work and tenacity was already evident as a student. He graduated from UNISA with a Bachelors degree in Commerce, majoring in business and marketing management.

In 2009, McKinnon joined JCDecaux (previously Continental Outdoor Media) as a senior account manager. Here, he managed key accounts such as FNB, Unilever, BMW, GSK and Mondelez. His strategic abilities and implementations, combined with exceptional after sales service, ensured repeat business. In a short period of time, his hard work and dedication earned him a promotion to head of sales in 2012.

Over the past five years McKinnon continued to work with the global brands, adding Barclays and P&G to his portfolio. Together with his team, which he acknowledges and praises, McKinnon helps the brands to connect meaningfully and impactfully with consumers and assists them in establishing a strong brand presence within a highly competitive market.

“Darren believes in the product he sells. He is loyal and passionate about JCDecaux. He is supportive of his colleagues and absolutely hates letting clients down. He prides himself on being reliable and delivering on his promise. It is such a pleasure to work with someone who has a ‘can do attitude’ irrespective of the challenge presented,” says McKelvey.

The MOST Rising Star Award looks for an individual who is a leader, has excellent sales skills; someone who is innovative, challenges the status quo and someone worth watching. All these qualities sum up McKinnon.

According to McKelvey, “Darren sees change as an opportunity. He is dynamic and can be extremely innovative in finding new ways to adapt to change, generally yielding high results. He is almost always the first sales man to arrive and the last to leave; this is because he won’t allow himself to give a half-hearted effort. Darren is a consummate sales person, no matter what level of person he is dealing with, whether an MD, CFO or a junior media planner at an agency, he makes conversation easily and makes people feel comfortable. It is important to him that at the end of the day everyone wins.”

Botha shares the same sentiments. “Darren has been very active in driving the digital roll out of the JCDecaux network and always shows an eagerness to learn about other media, not just OOH. Every proposal he puts together is different, innovative and tailor made. I am not sure his PC can copy and paste,” he says. “In one word I would best describe him as intelligentcreativelikable.”

In addition to his outstanding work ethic McKinnon is a natural motivator and he is generally liked by people. As McKelvey says, “Darren is extremely personable that he is almost always at the centre of attention at a function. He does suffer from FOMO – Fear Of Missing Out. He is a brave young man who will take almost any challenge you throw at him. Darren is indeed a rising star.”