LATEST NEWS
Home Awards MOST Awards No regrets: Every mistake helped me grow

No regrets: Every mistake helped me grow

Posted By: Glenda Nevillon: October 18, 2017In: MOST Awards
Print Email 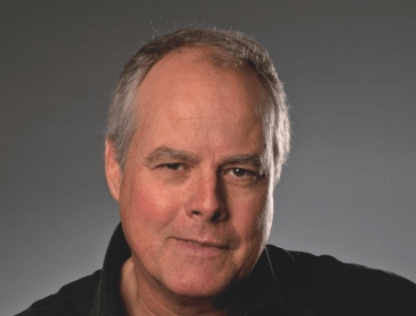 This year’s MOST Media Agency Legend is Bryan Gibson, whose long and distinguished career in media has encompassed major changes in the sector.

Ask people who know Bryan Gibson what makes him such a standout guy and they’ll tell you it’s his integrity. Or his leadership qualities. And his sense of fun is right up there too. Plus he’s a gentleman, and someone who willingly contributes his time and his experience for the betterment of the industry.

“I remember him chairing the old Media Directors Circle (MDC) back in the day and I was the MDC secretary – this is back in the ’90s and early 2000s. I know Bryan as having a rather wicked, dry sense of humour. As someone not afraid to challenge the industry but always in a very gentlemanly manner, especially media owners,” says Karen Phelan, research analyst at Infotools and a veteran media strategist.

“He is very well liked and respected by all sectors of the advertising fraternity and his opinion continues to carry weight. I still see Bryan at our monthly AMF meetings where he remains a very willing and valuable contributor. He has far more patience and a better way with words than I could ever dream of having – I’m way too hot headed,” she adds.

Natasha Fourie worked with Gibson at Ogilvy. “For me what sums up Bryan is the word ‘integrity’. In the crazy world of advertising, Bryan really stood apart for his ability to keep things real and stay true to himself. He is a great leader with that perfect combination of authority and fun. For someone who commanded so much respect in the industry, he had this ability to not take himself too seriously – I think we all remember his scooter gang escapades,” says Fourie, who is a strategist at The SpaceStation.

Gibson is the founder of Third Wave Media, a media planning agency. His webpage points out that he’s spent 42 years in advertising, and 34 of those in media. He’s been managing director of Ogilvy, a marketing executive at Woolworths, a media director, a strategic planner, a business director and a mobile marketing strategist.

[We contacted Gibson to find out about his career and the moments he remembers most under the pretext of doing a story on media veterans guiding youngsters and dishing out advice. Sorry Bryan, but we will do that story too!]

“I didn’t know what I wanted to do after I left school, so I started a business science degree and discovered marketing, which was a relatively new field in those days. I had a choice of two jobs after graduating – selling cash registers for NCR or selling ad space for the Cape Times. Fortunately I chose the latter, as I had always been interested in advertising but had never thought of working in it. Being an ad rep is one way to learn media planning and get into an agency, otherwise schools like Red & Yellow, Vega and AAA also provide a great intro to the industry,” he says.

JCDecaux’s Barry Sayer remembers Gibson from back then. “Yes I remember Bryan Gibson very well. He started out in sales on the Cape Times under Brian Kelso. Our paths crossed a lot when I then worked on the Natal Mercury and on Morning Group matters.

“He was poached by Bob Rightford at Rightford Searle Tripp and Makin which became Ogilvy and Cape Town’s most successful agency. Brian rose to media director and played a significant role in that success and was/is a highly respected doyen in the Cape firmament,” he says.

Gibson has some fine – and some not-so-fine – moments to share.

Some less positive moments: the Rentokil campaign we ran on Durban buses with a plaintive cockroach begging people not to call Rentokil – their calls dropped from 30 per day to under 10. Or the backpack we placed in a Claremont bus shelter encouraging people to start a conversation with CapeTalk – a good citizen saw our kombi driving off and called in a bomb threat that shut Claremont down for two hours.

Gibson says the media business has changed so much over the past 40 years.

“Media research has changed and grown dramatically. Let’s hope that continues!” he says. “TV in 1976 (commercial in 1978) was a big step up. Computers from the early ’90s meant that we had far more control over how we used the research. Before that we briefed a bureau and had to accept their interpretation. Naturally the Internet has transformed the scope of media planning,” he says.

But some things haven’t been great. “Unfortunately the growth of client procurement departments has often resulted in agencies being treated more as suppliers than brand partners – when ideas are reduced to lowest cost decisions, creativity is sacrificed for expediency and cost-cutting,” he says. “But for me the biggest change has been mobiles – I’ve been fascinated by their potential since they came onto the market. For the first time we are now able to talk personally to just about everyone in South Africa.”

Asked if in hindsight, he would do anything differently, Gibson says, “I’ve learnt an enormous amount from moving between specialist functions in the agency and by working for different industry players – media owner, agency and client. While I didn’t fit into a big client’s way of working, it gave me a new respect for marketing people who are good at making things happen – having ideas and developing strategies is the easy bit. I’ve made mistakes in my career but they’ve all added to my growth. No regrets.”

As Fourie says, Gibson has remained one of the most “forward thinking innovators that I know and managed to nurture this quality in others. He epitomises a person who has his priorities right: enjoy what you do, keep innovating, family first, enjoy life. He was the instigator of his team having a ‘Hooah! Moment’ every weekend, to make your down time count. He is a true leader and hands down my favourite nomination for this award,” she says.

As for Gibson, he has a complaint and a little advice for those working in the agency space right now. “The industry isn’t much fun any more. We worked really hard and partied just as hard. I became friends with clients and media owners through more than just seeing each other at work. I know times are tough and pressure is great, but try to break away occasionally. We’re in the best industry there is. Enjoy it!”