The passionate, perfectionist and professional Kelvin Storie (with video) 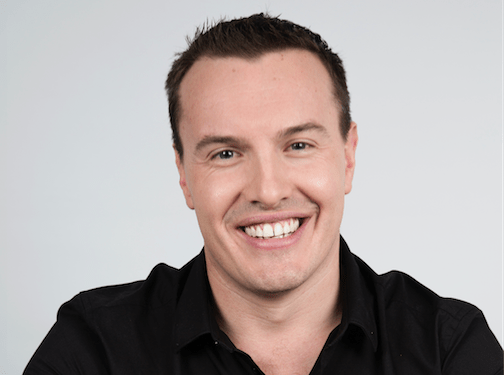 A name synonymous with Vizeum (having been there from its founding back in 2007), group managing director Kelvin Storie is the well deserving winner of this year’s MOST Media Agency Rising Star Award.

Known for his big personality and energy, the future of Vizeum, the world’s fastest growing media network according to RECMA 2015, looks very bright with Storie helping to guide the way.

To qualify for a Rising Star Award the candidate must be under 40-years-old and ‘one to watch’, someone who consistently displays the following characteristics: excellent relationship skills, open minded, innovative, confident, challenges the status quo, outspoken, decisive, takes the lead, and is involved in the industry. Kelvin is all of the above and more.

A colleague who has worked closely with Storie during his journey through Vizeum, group managing director of Dentsu Aegis Media Brands, Tanya Schreuder, describes Storie as someone who is not afraid of going against the grain and taking a risk. “He has won numerous creative awards, which are testament to his creative spirit and always trying to find new innovative solutions for his clients,” she states, before adding, “He has also very quickly become a force to be reckoned with in the media industry, not only due to his talent, but his passion and drive is also unquestionable”.

Storie has coined certain phrases that his work colleagues have become familiar with. These include, “You should be so proud of that TV plan that you would want to frame it” and “I’m a professional”. Elements which make Storie so successful at his job include him always going the extra mile with a smile and people he cares about knowing that they can always depend on him. “A client will always feel like he has their back. He never backs away from a challenge and is solutions orientated. Going the extra mile will include perfection done to the finest detail,” Schreuder explains.

All work and some play

It’s not just all about work for Storie. All the people asked about him referred to his wicked sense of humour, which can be quite infectious, with Schreuder commenting, “He’s possibly one of the funniest people you will ever meet. He has an anecdote for most of life’s situations, and will generally have you rolling around on the floor.” She adds, “In spite of his success he remains a really nice guy who is always up for a beer and a laugh”.

An unwavering energy and passion

Ilsa Gräbe, communications and engagement manager for Heineken South Africa, had nothing but praise for Storie when approached for comments about him. “Kelvin has an unwavering energy for people, a characteristic that makes him stand out, and is passionate about delivering innovative solutions that work for clients, always challenging the status quo and inspiring others. He has established incredible relationships that are sincere but also professional,” she says.

“He is respected in the industry as his achievements speak volumes, but he is always a great person to have a good honest laugh with. He has a contagious passion that inspires people around him, a true star doesn’t realise the amount of light they give off and that is Kelvin!”

Provantage CEO Jacques du Preez also shared his thoughts on Storie stating, “He is intellectual and has a unique strategic ability when it comes to media planning. Kelvin is well liked and has very good interpersonal skills. He is great at assisting clients and media owners in resolving issues as well as getting the best for his clients. He is smart, professional and passionate about getting results! He takes time and effort to understand the various media segments and maintains great relationships with media owners.”

2004 – 2007 – Worked as a senior media strategist at FCB Cape Town on the Premium Brandy Portfolio for Distell and handling media planning and strategy for Coronation Fund Managers.

2007 – Worked as managing director and outdoor strategist at Aegis Media – Rapid Outdoor. Responsible for outdoor management of Distell outdoor holding, strategy, planning and buying and responsible for the media strategy and implementation of key Premium Brandies managed by Distell.

2011 – Part time student at the University of South Africa (UNISA). Studied a Bachelor of Commerce (BCom) in marketing and marketing management.